A $50 million lawsuit was filed against a utility company over an explosion that killed two people and damaged several homes in Flint, Michigan.

The lawsuit was filed Nov. 30 in Genesee County Circuit Court on behalf of 55-year-old Lisa Rochowiak, who died eight days after the home next to hers exploded.

Police haven't determined the cause of the Nov. 22 explosion, which also killed a 4-year-old girl, injured two other people and damaged or destroyed 27 homes. And a top police investigator said it would likely take months to sort out. 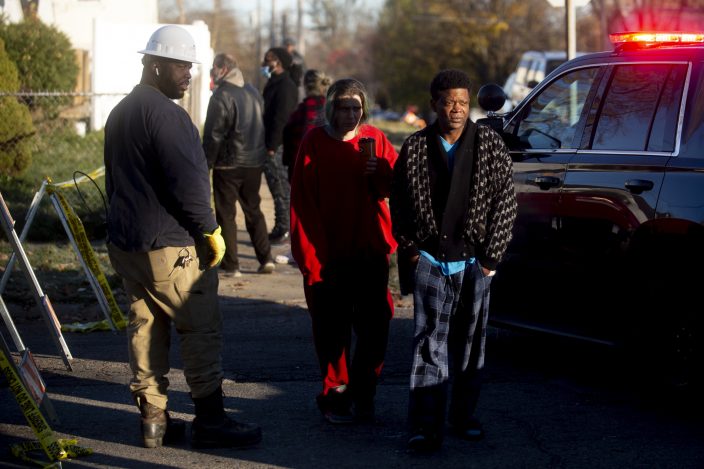 Neighbors and residents of Hogarth Avenue watch on as police, fire and other emergency personnel work at the scene Tuesday, Nov. 23, 2021 after a house fire and explosion in Flint, Mich. (Jake MayThe Flint Journal via AP)

But Fieger Law, the firm that filed the lawsuit, says Rochowiak reported smelling gas on the morning of the explosion and claims utility Consumers Energy was negligent.

“Our investigation shows there were no leaks or other issues relating to our natural gas system, equipment, or service outside the home," the utility said.

The utility said its internal call logs and vehicle tracking data confirm that the company wasn't "notified of a gas leak in the home or any related issue prior to the incident.”

Friday will never be the same agai ...