JERUSALEM — Israel has begun trials of a fourth dose of coronavirus vaccine in what is believed to be the first study of its kind.

The trial began at Sheba Medical Center, outside Tel Aviv, with 150 medical personnel who received a booster dose in August receiving a fourth shot of the Pfizer/BioNTech vaccine. The staff receiving the additional dose were tested and found to have low antibody levels.

The trial came as Israeli officials have considered rolling out a second tranche of booster shots to its population as the country grapples with rising infections with the new omicron variant. 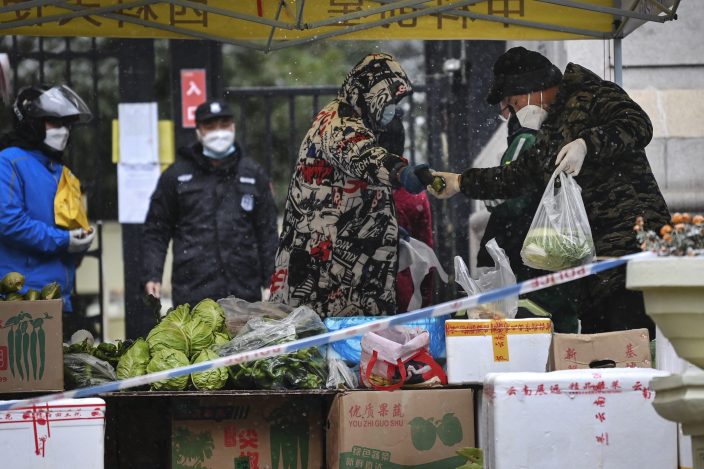 In this photo released by Xinhua News Agency, residents buy produce from a temporary market set up at the entrance of a quarantined residential area in Xi'an in northwestern China's Shaanxi Province on Dec. 25, 2021. Xi'an, which is about 1,000 kilometers (600 miles) southwest of Beijing, reported more than 300 new cases over the weekend, a sharp rise from previous days. The city of 13 million people has been locked down, with only one person per household allowed out every two days to shop for necessities. (Tao MingXinhua via AP)

Prof. Jacob Lavee, former director of the heart transplant unit at Sheba, said “hopefully, we’ll be able to show here… that this fourth booster really provides protection against the omicron, which is highly needed.”

Israel rolled out a world-leading vaccination campaign early this year. Just over 4.2 million of Israel’s 9.3 million people have received a third dose of the Pfizer/BioNTech vaccine.

Israel has recorded at least 8,242 deaths from coronavirus since the start of the pandemic. 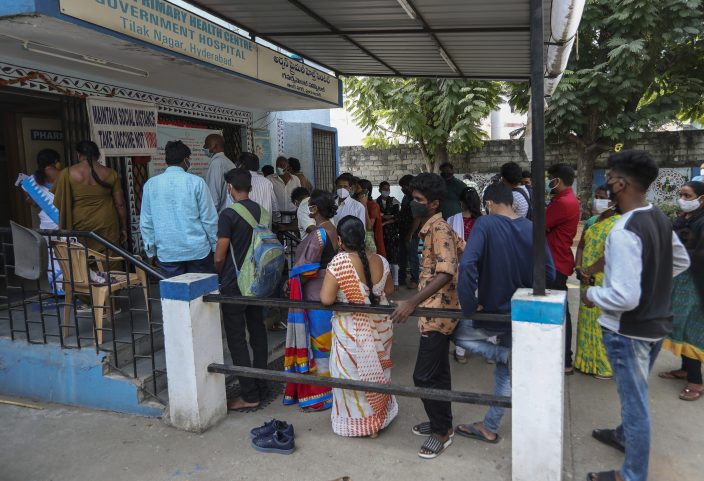 People line up to register their names to receive COVID-19 vaccine in Hyderabad, India, Monday, Dec. 27, 2021. (AP PhotoMahesh Kumar A.)

Delta flight to Shanghai turned back because of COVID rules.

France sees over 100,000 daily infections for the 1st time 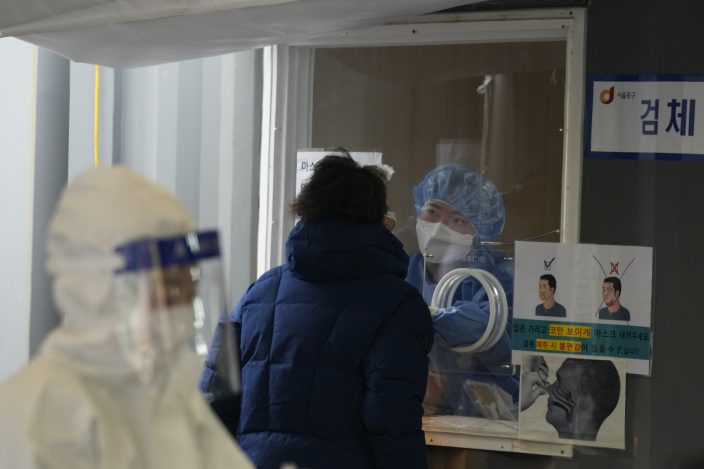 A medial worker in a booth takes a nasal sample from a man at a makeshift testing site in Seoul, South Korea, Monday, Dec. 27, 2021. (AP PhotoAhn Young-joon)

Go to https://APNews.com/coronavirus-pandemic for updates throughout the day.

BERLIN — Police in southern Germany say eight people were arrested after violence during a protest by opponents of coronavirus restrictions and vaccinations. 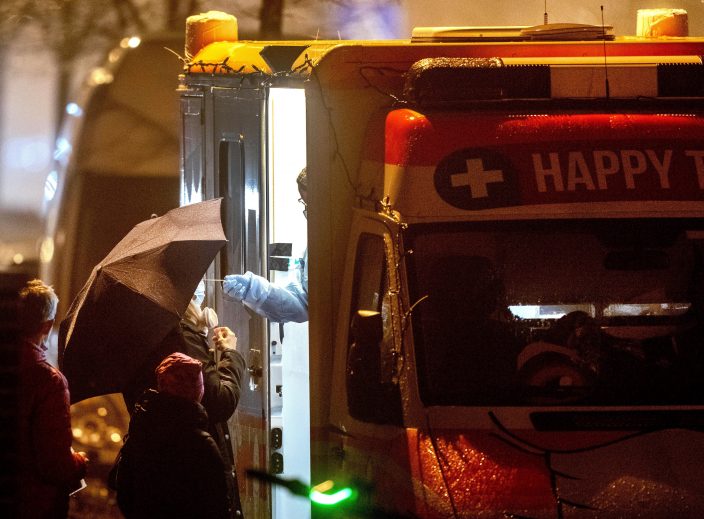 A woman under an umbrella is tested at a COVID-19 mobile test center in Frankfurt, Germany, Monday, Dec. 27, 2021. (PhotoMichael Probst)

Eight officers were punched or kicked as groups of people tried to break though police chains set up to prevent the protesters marching in the Bavarian town of Schweinfurt on Sunday evening, police said. Officers used batons and pepper spray. Police said a 4-year-old child whose mother was among those trying to break through the barricades briefly had to be given medical attention after coming into contact with pepper spray.

Demonstrations against restrictions and a planned universal vaccine mandate have flared up in Germany at times in recent weeks.

Authorities are in the process of implementing restrictions agreed last week to slow the spread of the new omicron variant. Four more states were introducing curbs Monday that include capping the number of people at private gatherings at 10, excluding children under 14.

The Ministry of Food and Drug Safety said Monday it expects the introduction of Paxlovid to help diversify options for COVID-19 treatments and prevent patients’ conditions from becoming serious amid surging infections and critical cases in South Korea.

The Korea Disease Control and Prevention Agency says the government has signed contracts to procure Paxlovid pills enough to cover 362,000 patients. It says the Paxlovid pills will be delivered to South Korea as early as mid-January.