Quick, who's your favorite team's backup quarterback? Or the backup's backup? Who's their best pass rushing proxy? Fill-in cover cornerback? What about the substitute snapper or the stand-in blindside protector?

Who is, as coaches like to say, the next man up?

Now's a good time to get to know the bottom of your roster and even the practice squad. 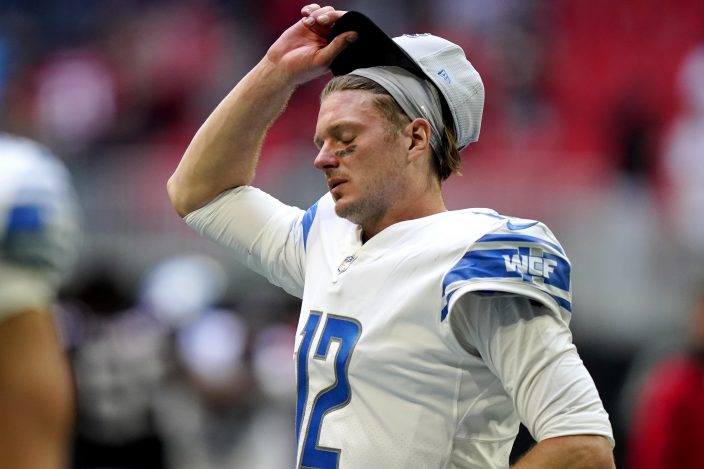 With COVID-19's omicron wave wreaking havoc on rosters and a natural uptick in ailments and injuries from the NFL's new 17-game schedule, there's a decent chance your team's hopes of going far in the playoffs — or even reaching the postseason — will come down to one or more of these men whose uniforms are rarely sullied or even sold in the gift shop on Sundays.

Plenty of teams were hamstrung in Week 16 while missing key players at key positions.

The Broncos saw their playoff chances dive to less than 1 percent with their 17-13 loss at Las Vegas when Albert Okwuegbunam, Jerry Jeudy and Tim Patrick all dropped crucial passes from Drew Lock, their former starter who was making his first start of the season in place of a concussed Teddy Bridgewater. 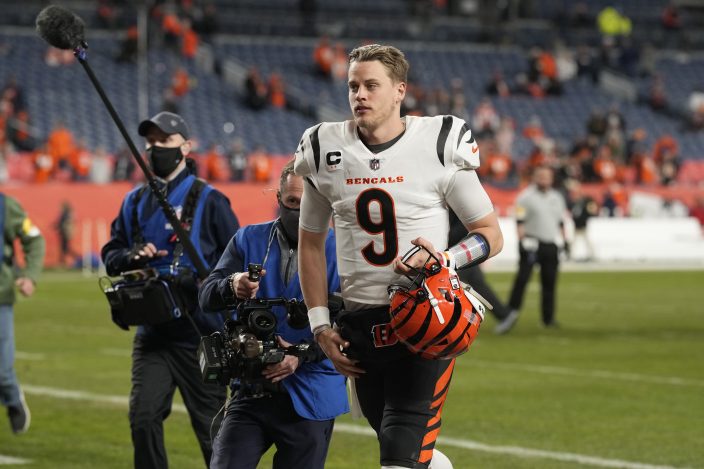 Without starting center Lloyd Cushenberry III, who was placed on the reserve/COVID-19 list, the Broncos managed a mere 18 yards rushing on 16 carries, including minus-4 from Melvin Gordon, the worst performance in his 96-game career.

Tim Boyle started for Detroit, with Jared Goff in COVID-19 protocols. He almost pulled off the upset in Atlanta but telegraphed his throw to Kalif Raymond in the closing minute and watched Falcons linebacker Foye Oluokun pick off the pass at the Atlanta 1, preserving the Falcons' 20-16 victory.

The Eagles moved into playoff position in the NFC with a 34-10 route of the New York Giants, who shut down Daniel Jones for the season with a sprained neck, watched Jake Fromm falter in his first NFL start and then saw Mike Glennon throw a pick-6 during Philadelphia's 31-7 second-half surge.

The Ravens, who were running away with the AFC North a month ago at 8-3, lost their fourth straight game Sunday in Cincinnati, where both teams' QBs made history.

Joe Burrow’s franchise record-breaking 525-yard passing performance clearly meant something to the Bengals, who continued calling deep throws for him late in the fourth quarter with a 20-point lead against their division rivals, until the mark was secured.

Only three QBs in NFL history have thrown for more yards in a game. But Burrow was more interested in what the final score — 41-21 — meant for his team, which took over first place in the AFC North with two games left.

“We control our destiny," Burrow said. "Win these next two games, and we’ve got the division locked.”

With Lamar Jackson out with an ankle injury and backup Tyler Huntley on the COVID-19 list, Josh Johnson — signed as a free agent 10 days earlier — started at quarterback for the Ravens (8-7) and threw for 304 yards and two TDs.

Although Johnson became the first player since 2016 to throw a touchdown pass for multiple teams in the same season — he had three TD tosses for the Jets earlier this year — the Ravens found themselves on the AFC playoff bubble hoping to get key players back from injuries and the COVID-19 list for their final two games, against the Rams and Steelers.

The Vikings were missing star running back Dalvin Cook for their matchup against the Rams and managed a mere 66 yards rushing in their 30-23 loss that seriously damaged their playoff hopes.

COVID-19 threw a wrench into the Chargers' playoff plans in a game featuring lineups that looked more like an exhibition game in August than a post-Christmas matchup.

The Chargers (8-7) had more than a dozen players sidelined due to COVID-19, including pass rusher Joey Bosa, running back Austin Ekeler and receiver Mike Williams.

The Texans were missing 16 players, including top receiver Brandin Cooks and kicker Ka’imi Fairbairn, but routed the Chargers 41-29 in the weekend's biggest shocker.

Although other teams overcame absences to win their games, the omicron variant looms ominously with the dawn of each new day as 2021 winds down.

The Chiefs were without star tight end Travis Kelce and kicker Harrison Butker last weekend, and the Bills were without right guard Jon Feliciano and receivers Cole Beasley and Gabriel Davis.

Both Kansas City and Buffalo managed to win with a bevy of backups, but the playoffs are fast approaching and teams and fanbases alike can only pray that infections and injuries don't waylay their championship aspirations.