Rain prevented any play before lunch on Day 4 of the second test between South Africa and India on Thursday.

Umpires called lunch with the rain still falling at the Wanderers and the covers on the pitch. 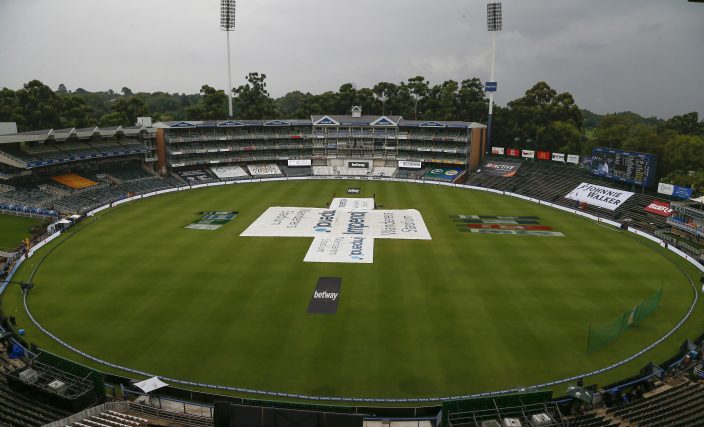 The covers are pulled over the pitched as rain delayed play at the start of the fourth day of the second cricket test match between South Africa and India at the Wanderers stadium in Johannesburg, South Africa, Thursday, Jan. 6, 2022. (AP Photo)

The game is evenly poised. India is seeking its first test series win in South Africa and can clinch that with victory in Johannesburg.

Captain Dean Elgar was 46 not out and hoping to lead South Africa to victory and send the series to a decider in Cape Town next week.

South Africa closes in on series victory over India

India stretches lead over South Africa to 143 in decider

Kohli back for India for decisive test in South Africa