Prime Minister Naftali Bennett on Tuesday tried to calm Israelis anxious about the rapid spread of the omicron variant, insisting the government is managing the crisis better than most and ruling out a national shutdown.

Bennett said during an evening press conference that Israel was weathering an “unstoppable storm” of infection by protecting the most vulnerable people and keeping the economy open. He also called on people to take personal responsibility for protecting themselves, their children and older relatives.

More than 400,000 vulnerable Israelis — mostly people over 60 — have gotten a fourth coronavirus vaccination and hospitals are prepared for an influx of severe illness. Bennett argued that these steps are evidence the situation is under control. 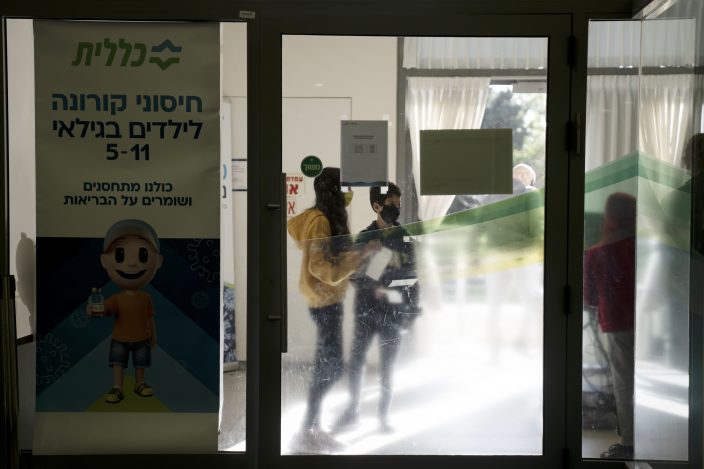 He spoke after a poll for Israel’s Channel 12 showed nearly two-thirds of Israelis viewed the government’s handling of the crisis poorly. 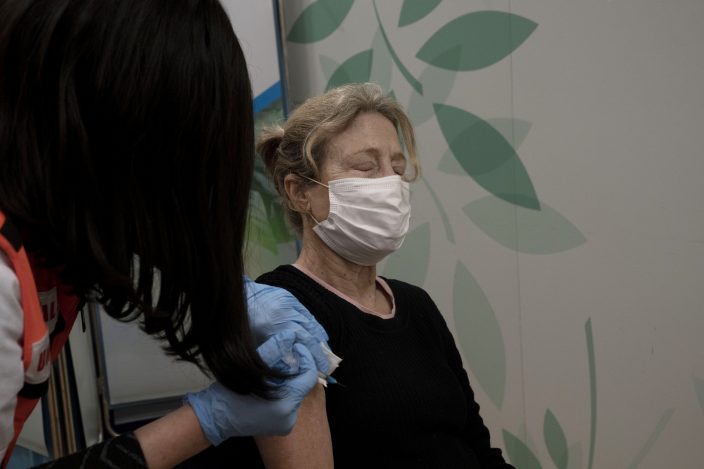 Esther Pamensky, a volunteer with the women's unit of United Hatzalah emergency service, administers a fourth dose of the COVID-19 vaccine to a woman at Clalit Health Services in Mevaseret Zion, Tuesday, Jan. 11, 2022. (AP PhotoMaya Alleruzzo)

On Tuesday, he said the government's focus is on keeping seniors safe through vaccines and reserving newly developed drugs for them.

With massive lines clogging testing centers, he also urged people to avoid taking PCR tests unless they absolutely have to, so they can use them for the elderly. Instead, he recommended that people try to use home antigen tests, which are seen as less accurate but ease the burden on testing centers.

In Israel as in other countries, the variant has shattered infection records but appears to cause less severe illness and death — especially among vaccinated people. 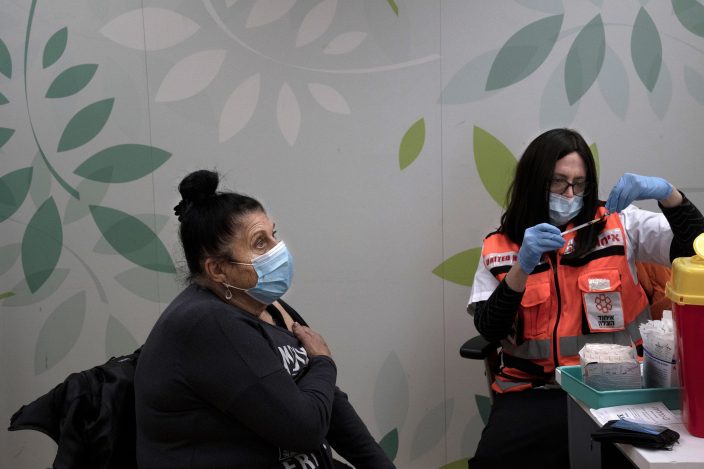 Esther Pamensky, a volunteer with the women's unit of United Hatzalah emergency service, prepares a fourth dose of the COVID-19 vaccine for a woman at Clalit Health Services in Mevaseret Zion, Tuesday, Jan. 11, 2022. (AP PhotoMaya Alleruzzo)

Pandemic policy has shifted dramatically in recent months, causing public confusion over airport policy, testing, quarantines and whether and how to send kids to school.

Bennett acknowledged that Israel is in the midst of an unstoppable wave. He said there is no democratic country that can stop this.

“We are in a situation that happens once in an era, and we are managing it in the right and responsible way," he said, accusing his political opponents of trying to create “unjustified hysteria.” 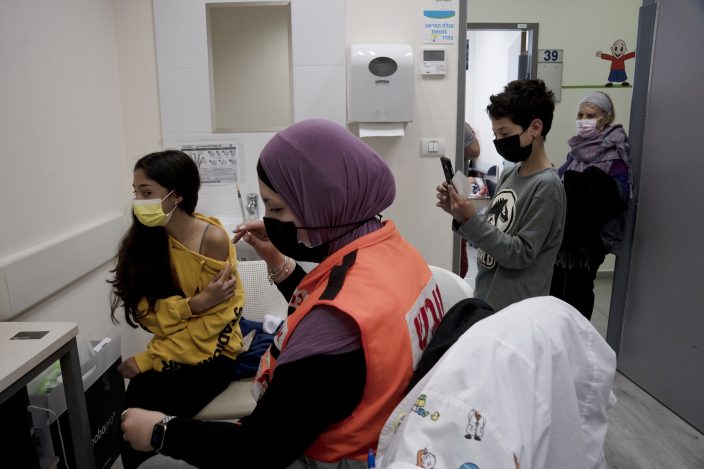 “The situation in Israel is managed better than almost all of the world,” he added. “Look around.”

Israel to offer 4th vaccine dose to most vulnerable

Israeli PM says kids must be vaccinated as omicron spreads