“If you’ve ever owned a slave, please raise your hand,” Jeffery Robinson asks a live audience at the beginning of “Who We Are: A Chronicle of Racism in America,” a searing documentary based on a lecture he’s spent a decade perfecting.

Obviously, nobody in the auditorium raises a hand. This is 2018 New York City! But the few seconds that follow the question are probably the only chance these audience members have to put some distance between themselves and the country’s sorry record of racial oppression. No, explains Robinson, slavery may not be our fault. But it is “our shared history.”

And then Robinson, a longtime criminal defense lawyer and former deputy legal director of the American Civil Liberties Union, launches his harrowing journey through centuries of institutionalized racism. Along the way he points out both the well known (the plantations, the lynchings, the 1921 Tulsa Race Massacre) and the less widely known (the troubling third verse of the Star-Spangled Banner, or the advertised offer by future President Andrew Jackson of $10 extra for any 100 lashes given his escaped slave). No matter how much you think you already know, you’re bound to learn new things from “Who We Are,” directed by Emily and Sarah Kunstler. And to be stunned, at some point. 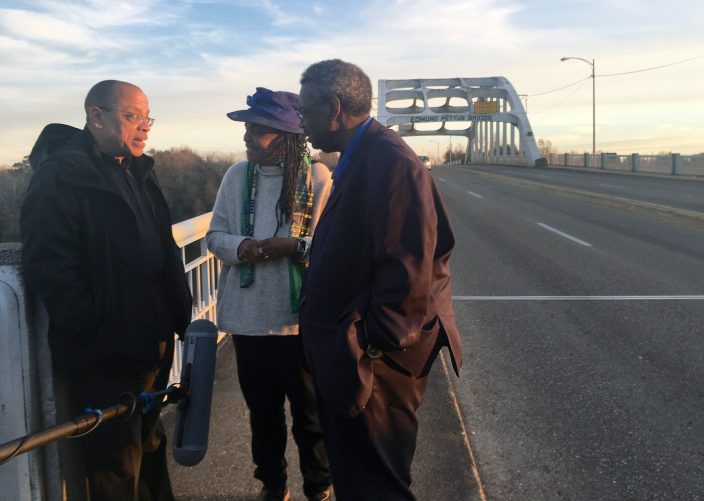 How did this lecture come about? Robinson explains that he became a father in 2011, when his sister died and her son, then 13, moved in. Suddenly, Robinson needed to teach a Black teen about racism. In educating himself, he was stunned by what he — lucky enough to have a stellar education, including a Harvard law degree — didn't know himself.

He began sharing his findings wherever he could — in community centers, churches, conference rooms. The directors, after hearing him speak, suggested a movie. Their resulting film is anchored by a 2018 lecture in New York’s historic Town Hall and filled out with archival footage, photographs and current-day interviews with the likes of 107-year-old Lessie Benningfield Randle, one of the last survivors of the Tulsa massacre, and Gwen Carr, mother of Eric Garner, whose death from a police chokehold became a rallying cry for Black Lives Matter. Robinson also argues briefly with a man holding a Confederate flag, who insists the Civil War had nothing at all to do with slavery.

At a slavery museum in Charleston, South Carolina, Robinson examines two pairs of shackles; one is adult-sized, the other toddler-sized. We also see an oak “hanging tree” — and later, photographs of white Americans standing next to the bodies of Black people who have been lynched, a sight Robinson says was once “normal and accepted” in America. 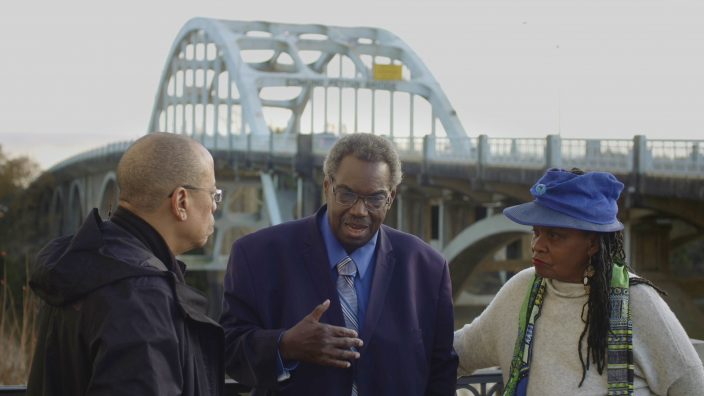 But despite the many references to painful periods in U.S. history, it’s also the smartly placed sprinklings of Robinson’s own life experience that help personalize the proceedings and give the film its emotional wallop.

A number of these moments take place in Memphis, where Martin Luther King Jr. was assassinated but also where Robinson grew up. He travels back to his hometown, where, he tells us, his parents tried to buy a house in a white neighborhood but were turned away, until white friends went and bought it for them. Then, when the family moved in, a neighbor showed up with freshly baked chocolate chip cookies for “the lady of the house” — but turned and left, cookies in hand, when Robinson’s Black mother came to the door.

In another scene, a white high school friend confesses he never told Robinson that they’d all once been denied entry to a basketball game because of Robinson’s race; a pastor intervened, without Robinson ever knowing. Both men are reduced to tears at the story.

Robinson closes on a note of tentative hope. The Black Lives Matter protests united people of all races in American streets, he observes: “The possibility of radical change is in the air." But he also warns: “The things they’re saying about Black Lives Matter today are the exact same things they said about Martin Luther King in the ’60s.”

If the format of a lecture is inherently limiting, the directors do a superb job of weaving a compelling visual — and emotional — experience. One can only hope they, and Robinson, get the wide audience the film deserves (the documentary is part of a broader educational initiative, the Who We Are Project).

Robinson’s final point is that we're at another tipping point — just as we were in the late '60s. Will we fall back again, he asks?

“Or, will this generation decide to do something different?”

“Who We Are,” a Sony Pictures Classics release, has been rated PG-13 by the Motion Picture Association of America for “thematic content, disturbing images, violence and strong language — all involving racism." Running time: 117 minutes. Three and a half stars out of four.

MPAA definition of PG-13: Parents strongly cautioned. Some material may be inappropriate for children under 13.