Arsenal's request to call off its north London derby match against Tottenham because of a lack of senior players available was granted by the Premier League on Saturday.

“We know how much this match means to our fans around the world,” Arsenal said of the decision to postpone Sunday's match which will cause some consternation among rival teams.

It was reached because Arsenal has fewer than the required number of players — 13 outfield and one goalkeeper — because of a combination of COVID-19 cases, injuries and players away on international duty at the African Cup of Nations. 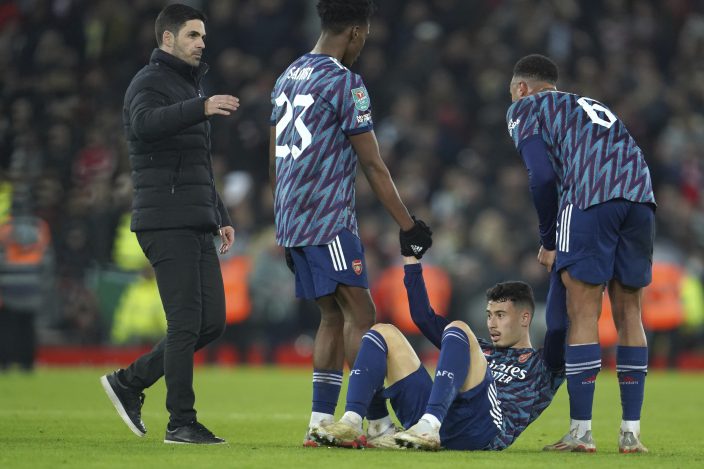 Arsenal's Gabriel Martinelli is picked up from the pitch by team mates as Arsenal's manager Mikel Arteta approaces at the end of the EFL Cup semifinal, first leg soccer match between Liverpool and Arsenal at the Anfield Stadium in Liverpool, Thursday, Jan.13, 2022.(AP PhotoJon Super)

However, Arsenal has recently decided to let two players go out on loan and has one player out suspended in Granit Xhaka. In Arsenal's most recent update, there were not many coronavirus-related absences for this game.

It is the 21st Premier League game postponed since Dec. 12, mainly due to players having to isolate.

Burnley’s shortage of players due to coronavirus cases and injuries prompted the postponement of its match against Leicester this weekend. 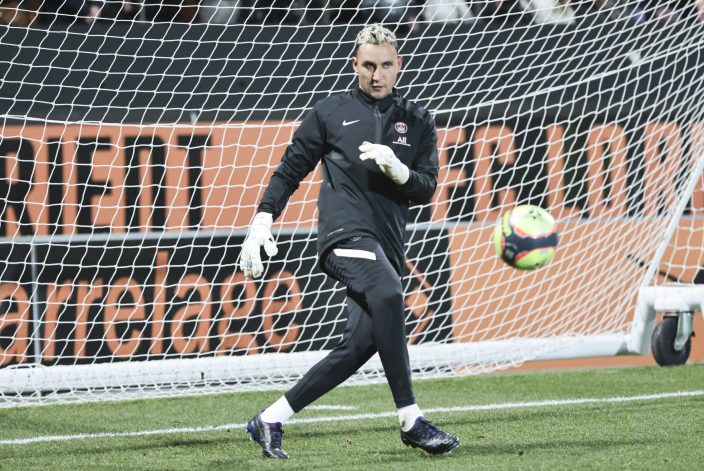 Two weekend games in the Women's Super League have been postponed because of virus outbreaks.

The FA, which runs the WSL, announced Saturday the game between Arsenal and Reading on Sunday was called off after Reading requested postponement.

On Friday, the FA postponed the Chelsea-Everton match scheduled Sunday because of virus cases and injuries at Everton.

PSG calls off trip to Qatar, Saudi Arabia because of COVID

Serie A to limit stadium attendance to 5,000 for 2 rounds

4 Serie A games won't be played amid COVID concerns