Tom Wilson scored early, Alex Ovechkin added an empty-net goal late, and Vitek Vanecek made 23 saves to lead the Washington Capitals to a 2-0 victory over the New York Islanders on Saturday.

Vanecek picked up his seventh win of the season and his third career shutout as the Capitals snapped a four-game skid (0-2-2).

Semyon Varlamov made 34 saves in only his fifth start for the Islanders since allowing four goals against the New York Rangers in late November. 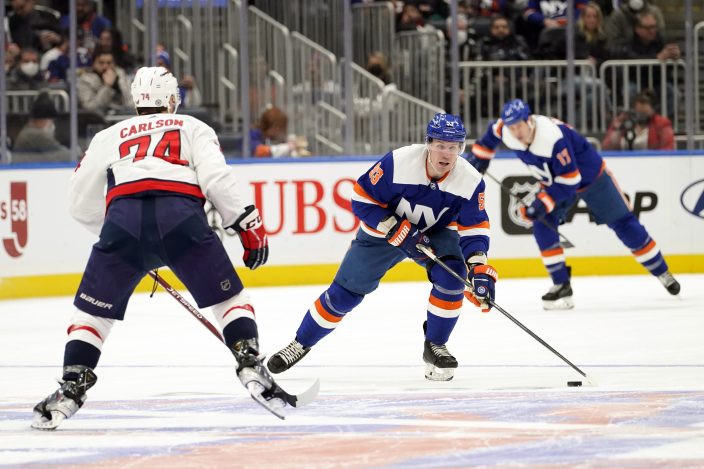 Wilson opened the scoring with a wrist shot from the slot at 4:35 of the first period. The Islanders lost track of Wilson when the Capitals broke over the blue line and a spinning Aliaksei Protas zipped a pass to Wilson, who was all alone between the circles. Washington outshot the Islanders 16-7 in the first 20 minutes.

The Islanders' best opportunity came midway through the first period when defenseman Noah Dobson fired a wrist shot off the post after making a nifty move to create space in the slot.

Vanecek preserved the shutout when he denied Islanders forward Oliver Wahlstrom on a stuff-in opportunity with 2:30 remaining in the third period. The 26-year-old goaltender is in his second season with Washington after the organization selected him in the second round of the 2014 NHL draft. The Czech goalie has collected 28 career victories in 55 appearances with the Capitals. 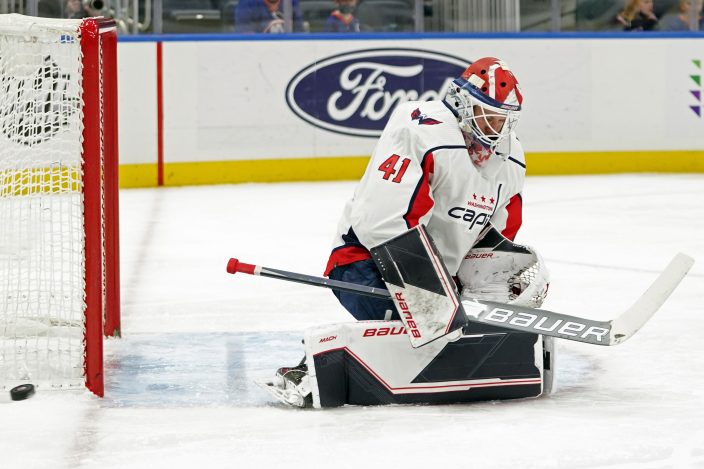 Washington Capitals goaltender Vitek Vanecek makes a save against the New York Islanders during the second period of an NHL hockey game, Saturday, Jan. 15, 2022, in Elmont, N.Y. (AP PhotoMary Altaffer)

Ovechkin sealed the victory with his 755th career goal in the final seconds.

Lane Lambert led the Islanders behind the bench while coach Barry Trotz remains in COVID-19 protocol.

NOTES: Capitals forward Conor Sheary was placed in COVID-19 protocol prior to the game. ... The Capitals haven’t had two consecutive regulation losses in 53 straight games, a streak that began April 9, 2021. … Washington is 17-6-4 when scoring the first goal. ... The Capitals have had 11 rookies appear in a game this season, the most by Washington since the 2013-14 season. ... The Islanders were 0-3 on the power play and fell to 5-10-2 when they fail to capitalize on the man advantage. A five-game streak with a power-play goal also ended. 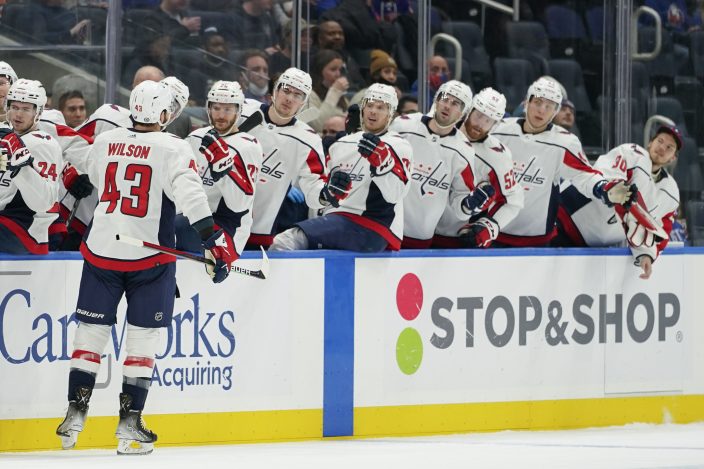