Setting aside, for a moment, everything that led to his deportation from Australia on Sunday — a fundamentally hard-to-fathom reason for any athlete to be forced to sit out any event — who wouldn’t want to see the player who dominated men’s Grand Slam tennis in 2021 competing for what would be a historic title to begin 2022?

Unaccustomed to defeats on a big stage, especially lately, he could have pursued his 10th trophy at Melbourne Park, which would break his own record, and his 21st overall from all major championships, which would break the men’s mark he shares with Rafael Nadal (who is in Australia) and Roger Federer (who is not, following knee surgery). 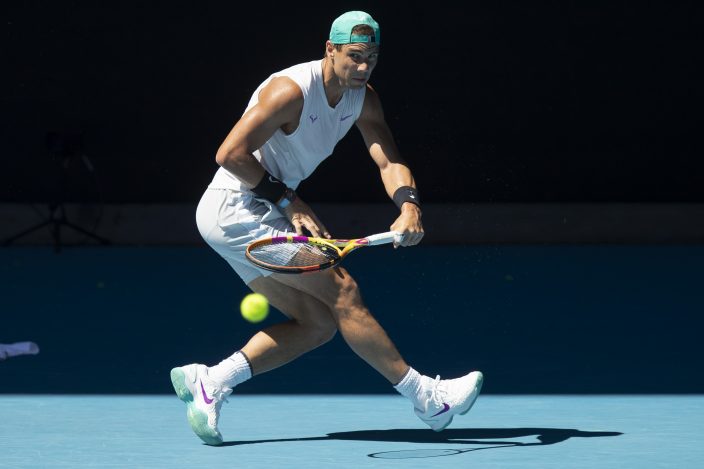 Instead, when play begins in Australia on Monday (Sunday in the U.S.), 2009 winner Nadal, as it turns out, will be the only past Australian Open champ in the 128-player men’s field. And 150th-ranked Salvatore Caruso, a 29-year-old from Italy who is on a four-match losing streak in Grand Slam main-draw play and failed to get through qualifying in Melbourne, will be on the line in the bracket where No. 1 Djokovic stood until Sunday’s Federal Court decision.

Less than 18 hours before the start of the tournament, a three-judge panel unanimously upheld a government minister’s right to cancel Djokovic’s visa, ending his last-ditch effort to be able to play and bringing a close to what the ATP Tour rightly called “a deeply regrettable series of events.”

This was how Nadal put it on Saturday, when everyone still was awaiting a resolution: “Honestly, I’m a little bit tired of the situation.”

At the heart of the 11-day saga was Djokovic’s decision not to get vaccinated against COVID-19, which was a requirement for anyone at the Australian Open: players, their coaches and other entourage members, spectators, media members and everyone else on-site, too. More than 95% of all Top 100 men and women in their tours’ respective rankings are vaccinated.

Djokovic sought, and initially was granted, a medical exemption, saying that he tested positive for COVID-19 in December. In the end, he was forced to leave Australia because he was seen as someone who could stir up anti-vaccine sentiments in a country, like many others, going through a surge of the omicron variant.

That’s a big reason this drew so much attention.

Yes, it involved one of the most successful and famous athletes around, someone who came within one victory of the first calendar-year Grand Slam in men's tennis since 1969. And yes, it involved an intriguing “What will come next?” miniseries that included an eight-hour airport interrogation, a forced four-day stay in an immigration hotel, a handful of court hearings, two cancellations of a superstar's visa, one appeal that was successful and, ultimately, another that was denied.

But as polarizing a figure as Djokovic might be, rightly or wrongly, nothing is as polarizing among some folks these days as the coronavirus pandemic itself and the subject of those who won’t get inoculated. It is something that the entire population of the world has a stake in.

What happens next with Djokovic will be fascinating to watch, because there are so many unknowns, at least in part because he hasn’t taken questions or spoken to the media at all since his flight landed in Melbourne on Jan. 5.

After Sunday’s verdict, he put out a statement saying he was “extremely disappointed” and that he “will now be taking some time to rest and recuperate, before making any further comments beyond this.”

He added: “I am uncomfortable that the focus of the past weeks has been on me and I hope that we can all now focus on the game and tournament I love.”

Nobody knows when he will return to action. Nobody knows which future tournaments might have vaccine requirements. Nobody knows whether Djokovic will ever get vaccinated. Nobody knows how this whole episode might figure into his attempts to form a players’ association that could be the closest thing to a union tennis has seen.

And nobody can know for sure, of course, what Djokovic’s future in the sport will look like.

Seems safe to count on this, though: Djokovic, the ultimate fighter, never daunted by difficult opponents or match points or antagonistic crowds, will get back to winning when he can get back on a court with a racket in his hands.

Howard Fendrich covers tennis for The Associated Press. Follow him at https://twitter.com/HowardFendrich or write to him at hfendrich@ap.org