With goalkeeper Kevin Trapp and winger Filip Kostic sidelined after contracting the coronavirus, Eintracht Frankfurt's ambitions to fight for European qualification were dented Sunday as it was held to a 1-1 draw at relegation-threatened Augsburg.

An otherwise drab game was enlivened by two moments of individual skill for the goals.

Playmaker Daichi Kamada gave Frankfurt the lead in the 22nd minute when he ran onto a through ball and leaped over goalkeeper Rafal Gikiewicz before stretching to tap the ball into the net under pressure from a defender. Michael Gregoritsch leveled for Augsburg 16 minutes later with a fine finish from a tight angle. 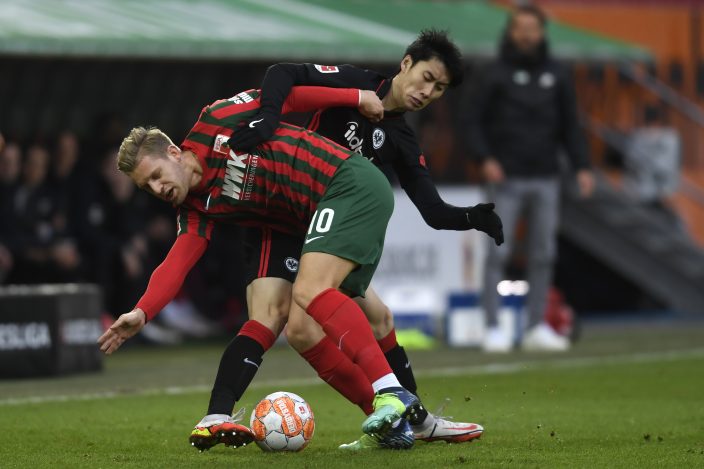 Frankfurt was looking for a morale-boosting win after giving up a two-goal lead to lose 3-2 to Borussia Dortmund last week, but had to settle for a point which keeps the team in eighth. Just five points separate Bayer Leverkusen in third from Mainz in 10th.

Frankfurt's winless start to the new year is a blow to a team which started the season poorly but recovered with wins in six of its last seven Bundesliga games of 2021 to get back into the fight for European qualification.

Augsburg produced one of the shocks of the season to beat Bayern Munich 2-1 in November but has won only once in seven games since then and sits just above the relegation playoff spot, prompting concerns its 11-year stay in the top tier could be in jeopardy. 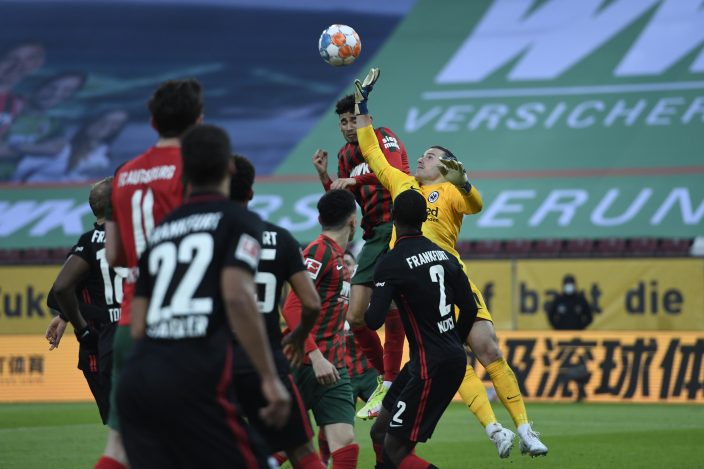