The “MVP! MVP!” chants are ringing out in Chicago once again, this time for Bulls star DeMar DeRozan as fans have something to cheer about in the Windy City.

The resurgent Bulls (27-14) are one of the surprising stories in the NBA, opening eyes sitting atop the Eastern Conference with DeRozan and Zach LaVine leading the way. They will be looking to end a three-game losing streak Monday when they visit Memphis (30-15) as part of the league's MLK Day lineup.

The soaring Grizzlies are also raising more than a few eyebrows around the league. Memphis is currently third in the Western Conference and have won 11 of its last 12 games behind their own MVP candidate, Ja Morant. 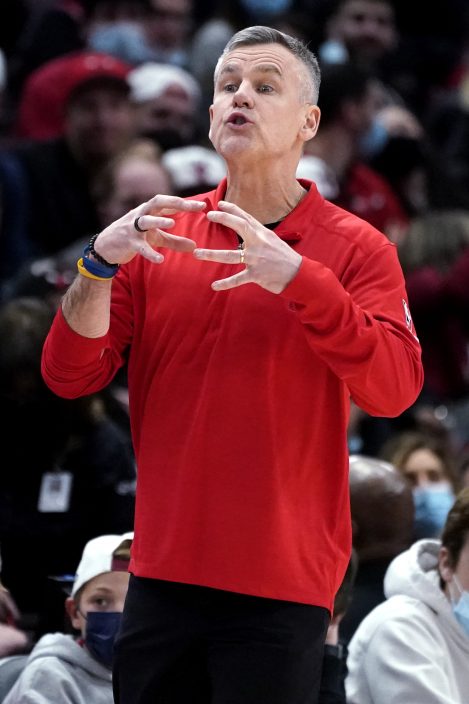 Chicago Bulls head coach Billy Donovan talks to his team during the first half of an NBA basketball game against the Washington Wizards in Chicago, Friday, Jan. 7, 2022. (AP PhotoNam Y. Huh)

Chicago is still in first despite being blown out by the Brooklyn Nets blew in a matchup between the top teams in the East. After being dominated by the Nets, the Bulls were pounded at home by a season-high 42 points against Golden State before a tight loss at Boston on Saturday.

While the Bulls are establishing themselves as a serious threat for the first time since Derrick Rose elicited MVP chants from his hometown fans, not many could have predicted they would be sitting atop the East. 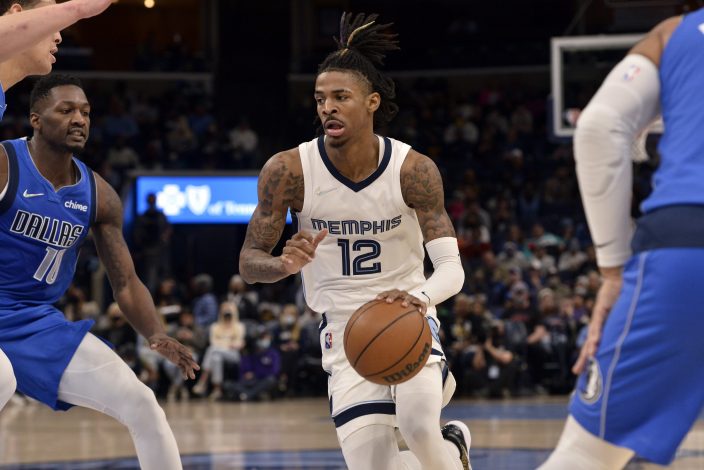 Memphis Grizzlies guard Ja Morant (12) handles the ball against the Dallas Mavericks in the first half of an NBA basketball game Friday, Jan. 14, 2022, in Memphis, Tenn. (AP PhotoBrandon Dill)

“I’m not gonna lie and sit here and be like at the beginning of the year we’d be No. 1 in the East,” guard Coby White said. “But I knew we’d be good from training camp. We’ve got a team full of winning players and hungry players that want to win. It’s definitely been dope. It’s definitely been super fun.”

And welcomed by Chicago sports fans.

The NFL's Bears stumbled through a 6-11 season, then fired general manager Ryan Pace and coach Matt Nagy. The NHL's Blackhawks are struggling on the ice and still reeling in the wake of allegations that a former video coordinator sexually assaulted an ex-player during the 2010 Stanley Cup run. 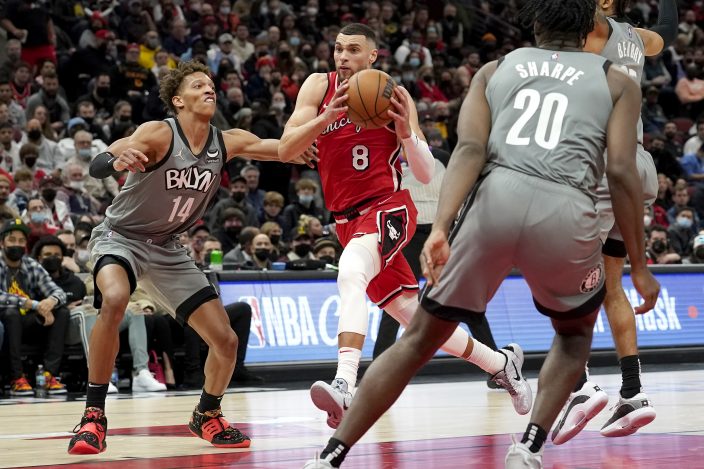 Chicago Bulls' Zach LaVine (8) drives to the basket between Brooklyn Nets' Kessler Edwards (14) and Day'Ron Sharpe during the second half of an NBA basketball game Wednesday, Jan. 12, 2022, in Chicago. (AP PhotoCharles Rex Arbogast)

Baseball's Cubs are retooling. The White Sox were unable to advance in the playoffs.

But the Bulls are trying to change the narrative a franchise that has endured four straight losing seasons. They are in line for their first playoff appearance since the 2016-17 team bowed out in the first round after going 41-41. The last time they finished above .500 was the 2015-16 season when Chicago finished 42-40.

The league is taking notice.

“When they're successful, I think it helps the league," Warriors coach Steve Kerr said. “Same thing with the Celtics and Knicks and Lakers. Hopefully, we're getting to that point, too, with the Warriors. But no question, when flagship franchises are good, it's better for the league.”

The Bulls had recently won nine in a row, their longest run since they took the final nine to finish the 2010-11 regular season.

Chicago posted the best record in the NBA that season and advanced to the conference finals, with Rose becoming the league's youngest MVP while propelling a deep and scrappy team that had a strong bond.

Like those Bulls, the current team doesn't necessarily have the game's biggest stars. But they have depth and a chemistry that seems to extend beyond the court. DeRozan, for example, made the 140-mile trip south to Champaign for rookie Ayo Dosunmu's jersey retirement at Illinois.

The Bulls also weathered a major COVID-19 outbreak that led to them becoming the first NBA team to have games postponed this season.

This season's turnaround has come following an overhaul of the roster and coaching staff.

The only players remaining since Arturas Karnisovas was hired out of Denver's front office in April 2020 to run the basketball operation are All-Star and Olympic gold medal winner LaVine and Coby White.

Karnisovas tabbed Donovan prior to last season to replace the fired Jim Boylen. Karnisovas was acquired two-time All-Star Nikola Vucevic from Orlando at the trade deadline a year ago.

Karnisovas and general manager Marc Eversley continued to rework the roster in the offseason, acquiring DeRozan and Lonzo Ball in separate sign-and-trade deals.

DeRozan has earned MVP chants by averaging 25.7 points a game. Washington Wizards said DeRozan is “a nightmare" for opposing teams. He's taken the load off LaVine and delivered in clutch situations; he hit winning buzzer beaters on consecutive days. On New Year's Eve and New Year's Day he nailed 3-pointers at Indiana and Washington, respectively

But DeRozan isn't the only newcomer making an impact. So have Ball and Alex Caruso, particularly when it comes to defending the perimeter.

“They have just great balance on the roster,” Brooklyn coach Steve Nash said. “And the pieces fit really well.”