France’s parliament approved a law Sunday that will exclude unvaccinated people from all restaurants, sports arenas and other venues, the central measure of government efforts to protect hospitals amid record numbers of infections driven by the highly contagious omicron variant.

The National Assembly adopted the law by a vote of 215-58. Centrist President Emmanuel Macron had hoped to push the bill through faster, but it was slightly delayed by resistance from lawmakers both on the right and left and hundreds of proposed amendments.

More than 91% of French adults are already fully vaccinated, and some critics have questioned whether the “vaccine pass” will make much of a difference. 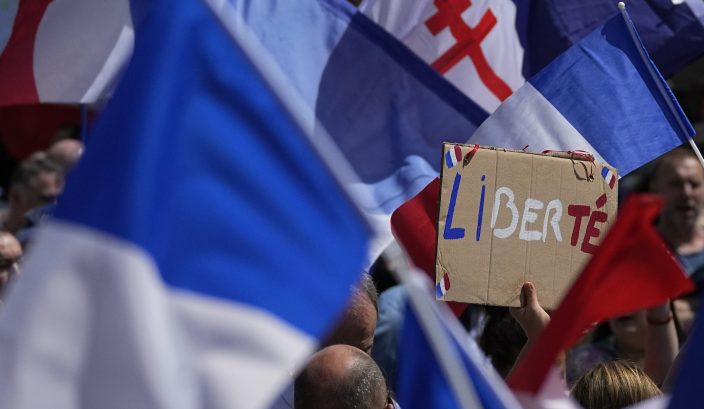 FILE - A protestor waves a sign which reads 'freedom' in the middle of French flags during a demonstration in Paris, France, Saturday, July 31, 2021. Demonstrators gathered in several cities in France on Saturday to protest against the COVID-19 pass, which grants vaccinated individuals greater ease of access to venues. (AP PhotoMichel Euler File)

Macron's government is hoping the new pass will be enough to limit the number of patients filling up strained hospitals nationwide without resorting to a new lockdown. New confinement measures would strike another blow to the economy — and could also cloud Macron’s chances of reelection in the April 10 presidential vote.

Up to now, a COVID-19 pass has been required in France to go to restaurants, movie theaters, museums and many sites throughout the country, but unvaccinated people have been allowed in if they show a recent negative test or proof of recent recovery.

The new law requires full vaccination for such venues, including tourist sites, many trains and all domestic flights, and applies to everyone 16 and over. Some exceptions could be made for those who recently recovered from COVID-19. The law also imposes tougher fines for fake passes and allows ID checks to avoid fraud. 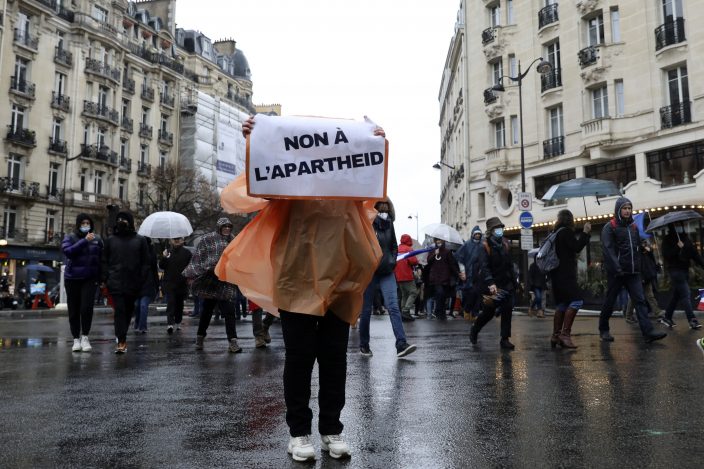 FILE - Demonstrators march in opposition to vaccine pass and vaccinations to protect against COVID-19 in Paris, France, Saturday, Jan. 8, 2022. President Emmanuel Macron has publicly berated the minority of French residents who continue to refuse the vaccine and vowed to restrict their social life by pushing the parliament to pass legislation on a new vaccine pass. The Senate will debate the new vaccine pass bill next week. (AP PhotoAdrienne Surprenant, File)

More than 76% of French ICU beds are occupied by virus patients, most of them unvaccinated, and some 200 people with the virus are dying every day. Like many countries, France is in the grip of the omicron variant, recording more than 2,800 positive cases per 100,000 people over the past week. 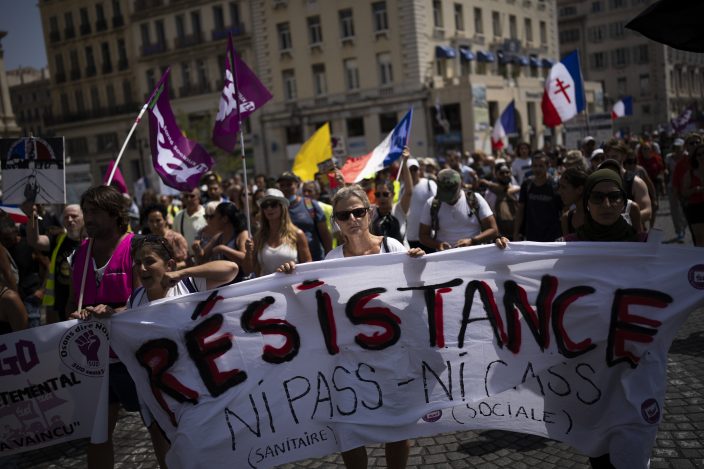 FILE - Potesters march during a demonstration in Marseille, southern France, Saturday, Aug. 14, 2021. Thousands of people, from families to far-right sympathizers, marched in dozens of cities across France for a fifth straight Saturday to denounce a COVID-19 health pass needed to access restaurant, long-distance trains and other venues. (AP PhotoDaniel Cole, File)

Foreign athletes with non-EU shots can compete in France

French teachers go on strike over handling of pandemic