Pettersson had not scored in more than a month, dating to Vancouver's game against Columbus on Dec. 14. He scored twice in the first five minutes of the second period, the first on the power play and second at even strength, to get the Canucks on the board and give them the lead.

Demko made sure they kept it, making a left pad save to stop Daniel Sprong all alone in tight and gobbling up a shot from Alex Ovechkin, who scored on the power play in the first. Captain Bo Horvat scored on the Canucks' second power play of the game, making them 2 for 2 after an 0-for-12 stretch the past three games coincided with an 0-3-0 start to this road trip. 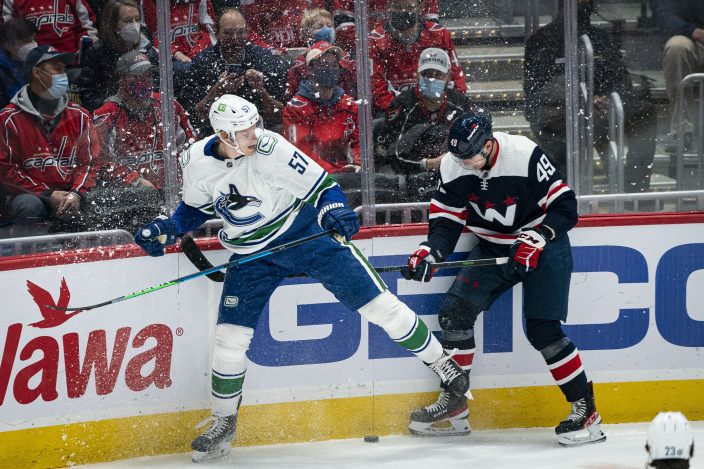 After losing at Florida, Tampa Bay and Carolina, Vancouver won for the first time since Jan. 1, beating the team coach Bruce Boudreau got his first NHL job with in 2007. It was Boudreau's first game behind the bench in Washington since March 22, 2019 when he was with Minnesota.

Of course, not before Ovechkin took another step in his pursuit of Wayne Gretzky's goals record. He scored his 756th career goal, his 26th of the season to tie Edmonton's Leon Draisaitl for the league lead.

Ovechkin also tied Draisaitl for the most points in the league with 54. The longtime Capitals captain who played for Boudreau from 2007-11 now has nine goals in 12 games against him. 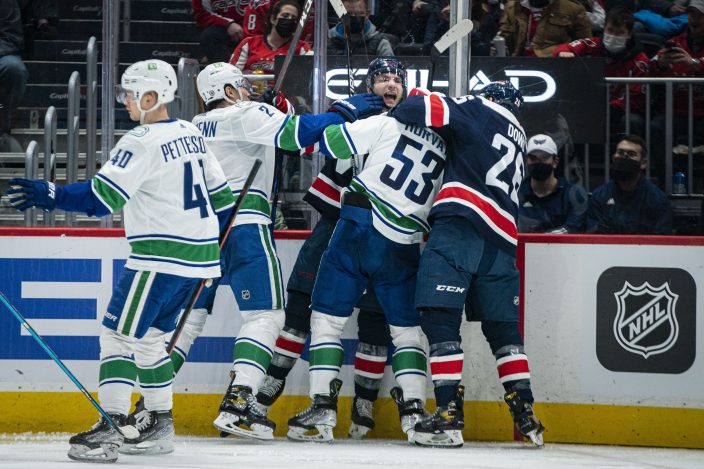 Washington Capitals right wing Garnet Hathaway (21) gets into a scrum with Vancouver Canucks center Bo Horvat (53), as Capitals center Nic Dowd (26) and Canucks defenseman Luke Schenn (2) try to pull them off during the second period of an NHL hockey game against the Vancouver Canucks, Sunday, Jan. 16, 2022, in Washington. (AP PhotoAl Drago)

Asked how to stop Ovechkin, Boudreau joked, “Ask him not to come on the ice would be the first thing.”

Ilya Samsonov allowed three goals on eight shots in the second period, finishing with 28 saves in another uneasy showing in net that raises more questions about the position for Washington. Tom Wilson also scored on the power play in the third, his 11th goal of the season, but J.T. Miller sealed it with an empty-netter in the final minute.

NOTES: Capitals defenseman John Carlson missed his first game of the season after going into COVID-19 protocol. Ovechkin is now the only player on the team to play in all 39 games so far. ... Forwards T.J. Oshie (upper-body injury) and Conor Sheary (protocol) were also scratched for Washington. ... The Canucks visited the Capitals for the first time since Nov. 23, 2019. ... Vancouver forward Conor Garland went into COVID-19 protocol. Alex Chiasson, who won the Stanley Cup with the Capitals in 2018, replaced Garland in the lineup. 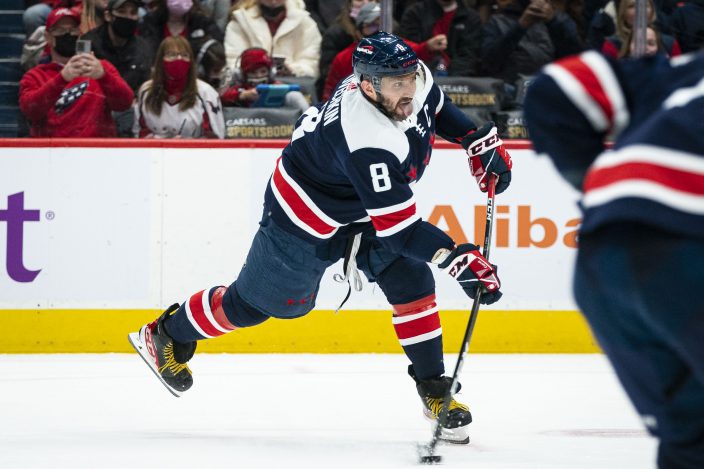 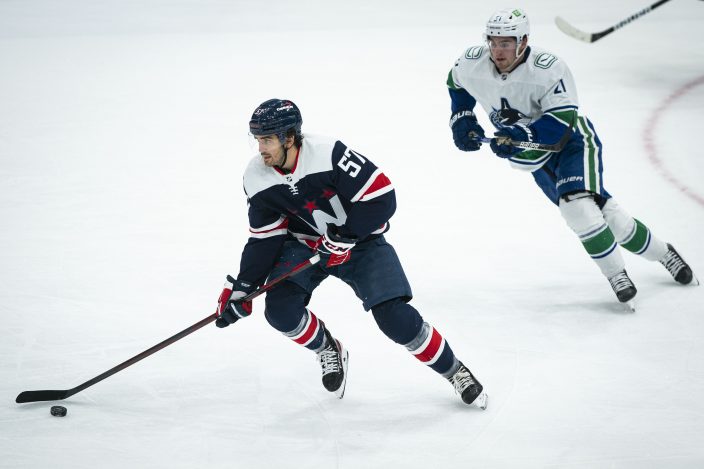