Rudy Gobert had 18 points and 19 rebounds in his return to Utah's lineup, Donovan Mitchell scored 31 points and the Jazz beat the Denver Nuggets 125-102 on Sunday night.

Bojan Bogdanovic finished with 21 points to help the Jazz end a four-game skid.

Gobert had missed the previous five games after testing positive for COVID-19. Utah beat Denver in its first game without him but then dropped the next four. 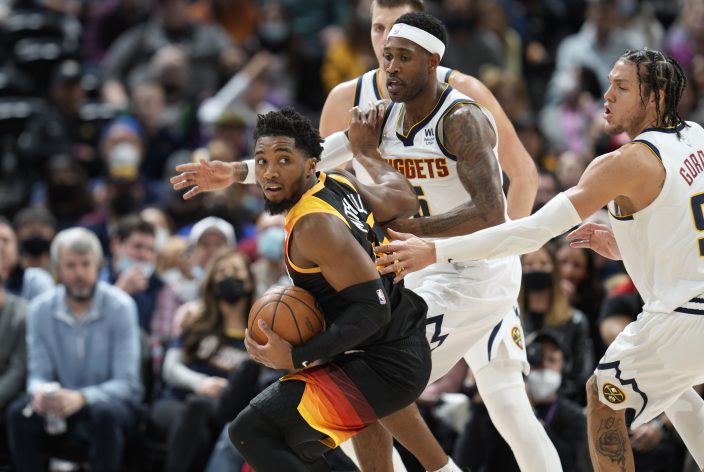 Utah Jazz guard Donovan Mitchell, left, is trapped with the ball as Denver Nuggets forwards Will Barton, center, and Aaron Gordon defend in the first half of an NBA basketball game Sunday Jan. 16, 2022, in Denver. (AP PhotoDavid Zalubowski)

The Jazz have won all three meetings with the Nuggets his season, including two on the road, and in this one they used a big fourth quarter to pull away.

Nikola Jokic finished with 25 points, 15 rebounds and 14 assists for his second triple-double in two days to lead Denver. He tied Russell Westbrook for the most in the NBA this season with nine and now has 66 in his career.

Aaron Gordon scored 20 points and Will Barton added 16 for the Nuggets, who averaged 136.5 points in their last two games but scored just 14 in the fourth quarter on Sunday. 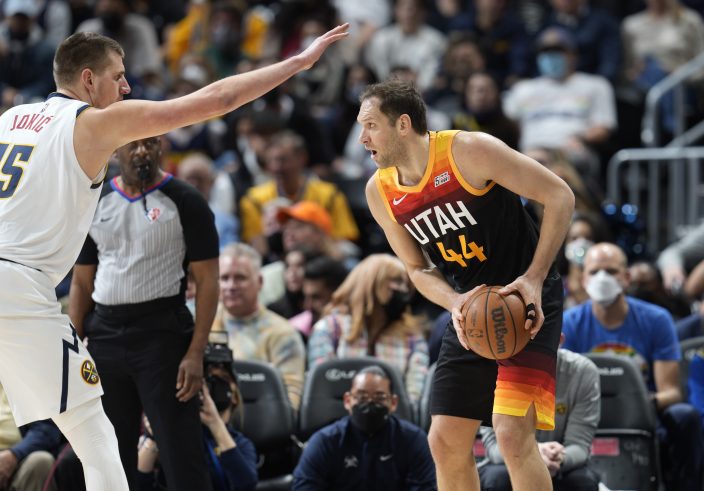 The Jazz led after a 15-2 run spanning the first and second quarters and built a 13-point lead in the third. Denver rallied to take an 81-80 lead on Barton’s three-point play but Utah carried a 91-88 lead into the fourth.

The Jazz took control with Jokic on the bench to start the final quarter. They scored the first 11 points of the period in a 15-0 run over the third and fourth quarters to lead 102-88.

Jokic’s jumper ended the Nuggets’ drought and they pulled to 103-93 but Mitchell sparked a 10-2 run that put it away. 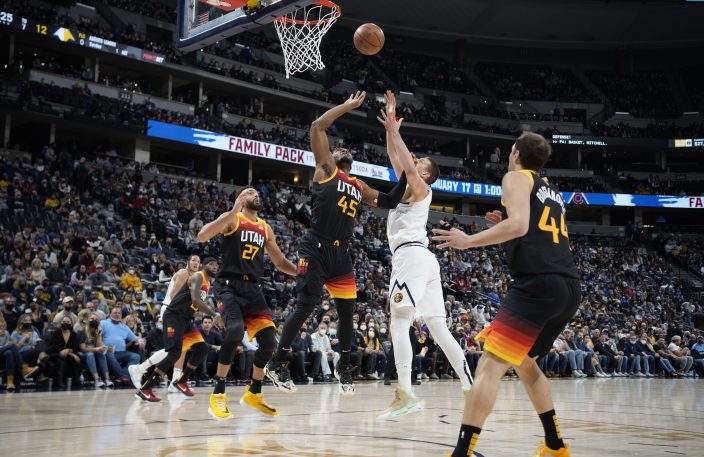 Jazz: Improved to 10-0 against the Northwest Division. ... Gobert has recorded 15 straight double-doubles. ... Bogdanovic finished is averaging 24 points in the three games against Denver this season. 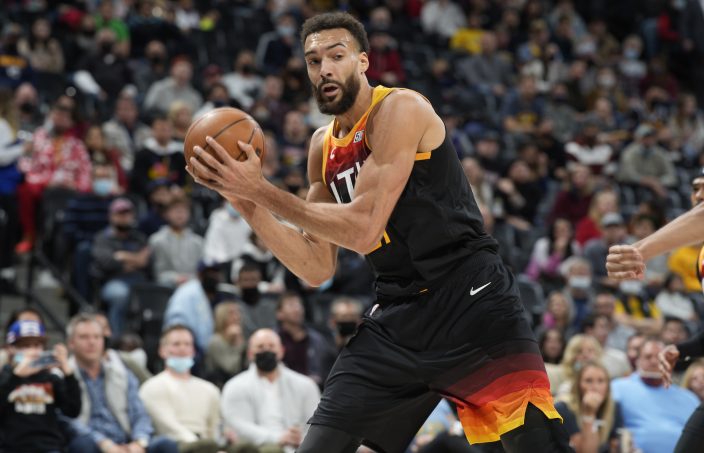 Utah Jazz center Rudy Gobert pulls in a rebound in the first half of an NBA basketball game against the Denver Nuggets ,Sunday Jan. 16, 2022, in Denver. (AP PhotoDavid Zalubowski)

Jazz: At the Los Angeles Lakers on Monday night. 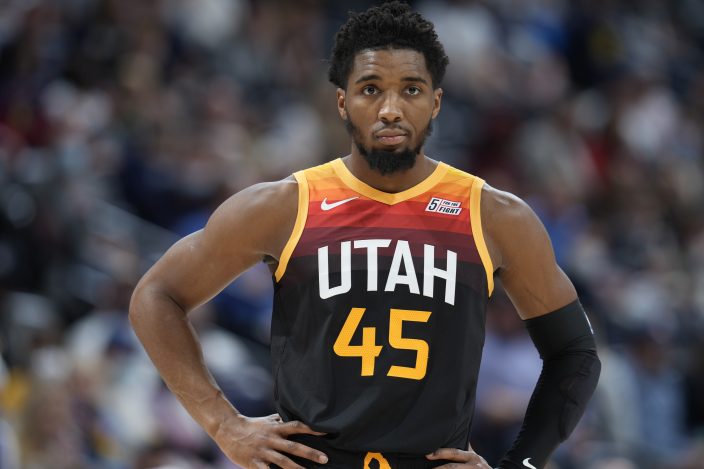 Utah Jazz guard Donovan Mitchell looks on during a timeout against the Denver Nuggets in the first half of an NBA basketball game, Sunday Jan. 16, 2022, in Denver. (AP PhotoDavid Zalubowski)