Russia's top diplomat on Monday angrily rejected the U.S. allegations that it was preparing a pretext to invade Ukraine as Russian troops have remained concentrated near the border.

The White House said Friday that U.S. intelligence officials had concluded that Russia had already deployed operatives to rebel-controlled eastern Ukraine to carry out acts of sabotage there and blame them on Ukraine in a “false-flag operation” to create a pretext for possible invasion. 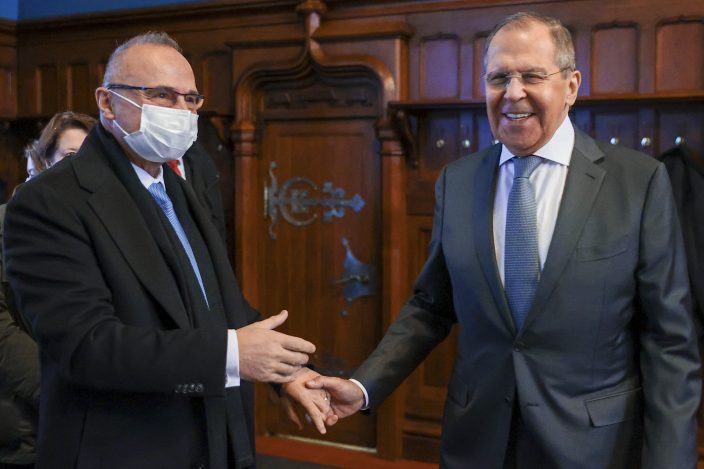 He reaffirmed that Russia expects a written response this week from the U.S. and its allies to Moscow’s request for binding guarantees that NATO will not embrace Ukraine or any other ex-Soviet nations, or station its forces and weapons there.

Washington and its allies firmly rejected Moscow's demands during last week’s Russia-U.S. negotiations in Geneva and a related NATO-Russia meeting in Brussels, which were held as an estimated 100,000 Russian troops with tanks and other heavy weapons are massed near Ukraine in what the West fears might be a prelude to an invasion.

Ukrainian officials have warned that Russia could launch an attack from various directions, including from the territory of its ally Belarus. 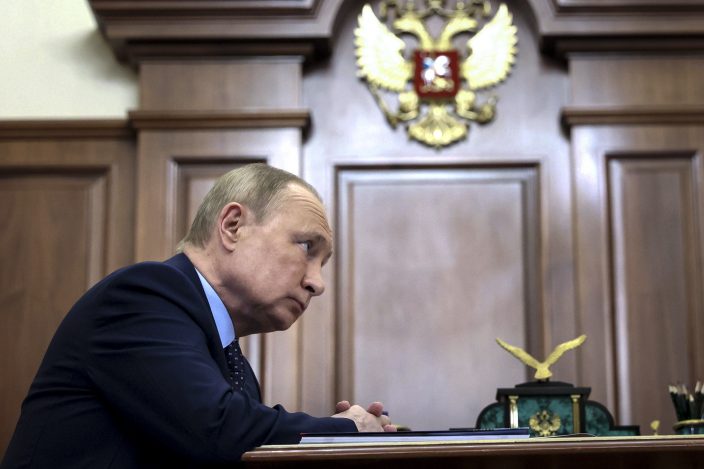 Belarusian President Alexander Lukashenko, who has increasingly relied on the Kremlin's support amid Western sanctions over a brutal crackdown on domestic protests, said that Russia and Belarus will hold massive military drills next month.

Lukashenko said the maneuvers will be conducted on Belarus' western border and also in the country's south where it borders Ukraine.

Russia has denied having plans to attack its neighbor and in turn accused the Ukrainian leadership of hatching plans to use force to reclaim control of rebel-held territories. Ukrainian authorities have denied it. 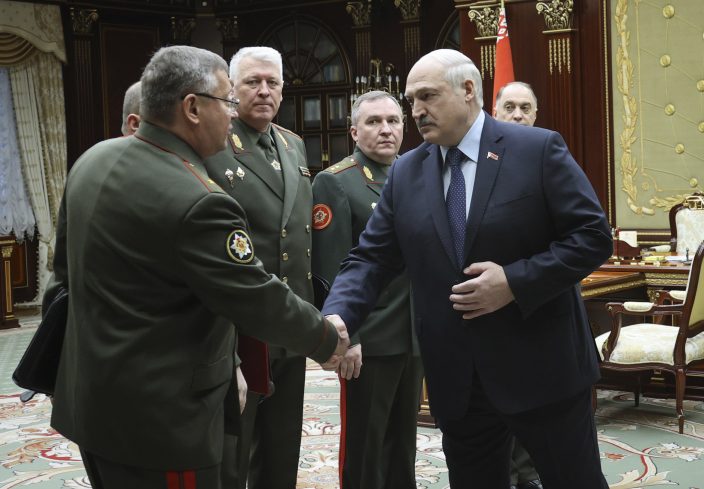 Russia seized the Crimean Peninsula after the ouster of Ukraine’s Moscow-friendly leader and in 2014 also threw its weight behind a separatist insurgency in eastern Ukraine. More than 14,000 people have been killed in nearly eight years of fighting between the Russia-backed rebels and Ukrainian forces in the country’s industrial heartland called Donbas.

Russian President Vladimir Putin has warned that Moscow will take unspecified “military-technical measures” if the West stonewalls its demands.

Deputy Foreign Minister Sergei Ryabkov, who led the Russian delegation at the talks with the U.S. in Geneva, said last week that he would “neither confirm nor exclude” the possibility of Russia sending military assets to Cuba and Venezuela if the U.S. and its allies don’t curtail their military activities on Russia’s doorstep. U.S. national security adviser Jake Sullivan has dismissed the comments as bluster. 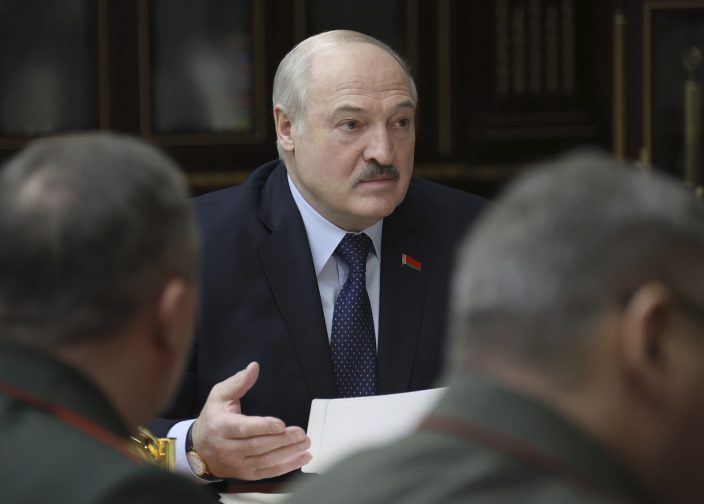 Asked Monday about the possibility of Russian missile deployment to Cuba and Venezuela, Kremlin spokesman Dmitry Peskov told reporters that “Russia is thinking about how to ensure its security in the context of the current situation.” 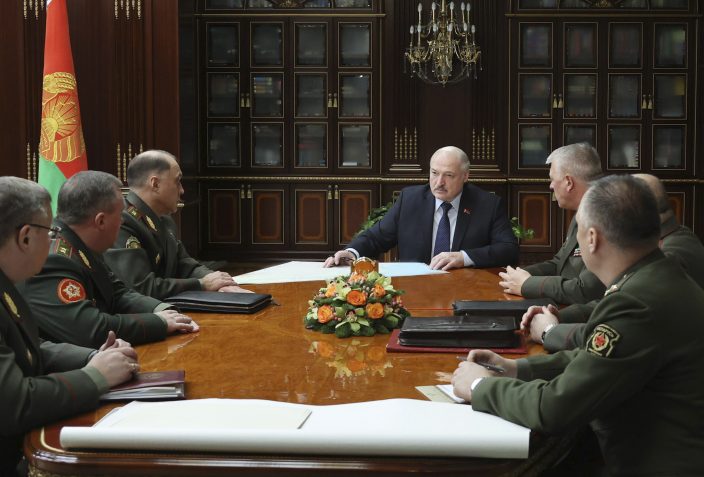 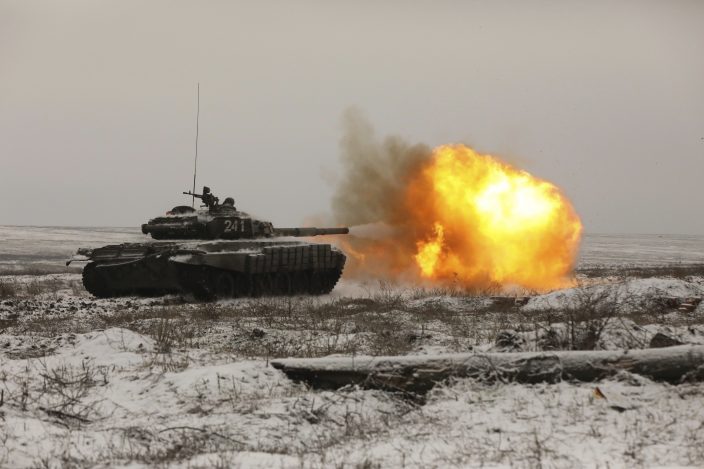 A Russian tank T-72B3 fires as troops take part in drills at the Kadamovskiy firing range in the Rostov region in southern Russia, on Jan. 12, 2022. The failure of last week's high-stakes diplomatic meetings to resolve escalating tensions over Ukraine has put Russia, the United States and its European allies in uncharted post-Cold War territory.(AP Photo)

Kremlin expects US answer on security guarantees next month

Russia warns Kyiv against use of force in rebel regions