Ben Roethlisberger came back for one more run, wanting a chance for his final performance to not be a lopsided first-round playoff loss.

Even with his closest friends gone. Even with a first-year offensive coordinator. Even knowing he'd have an almost completely rebuilt offensive line. Even with rookies likely to take over in the backfield and at tight end. 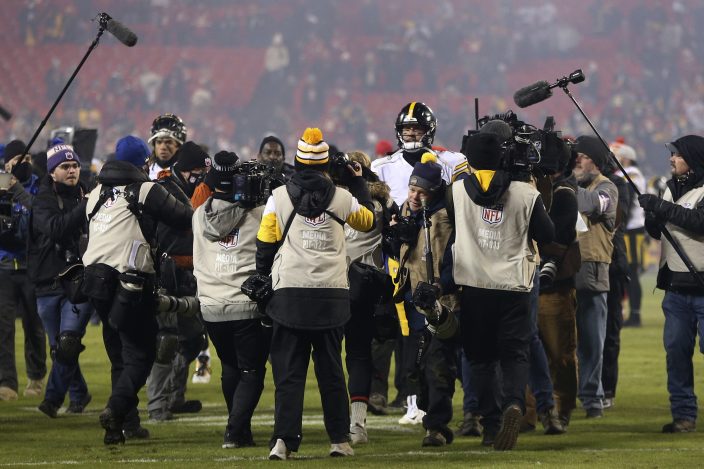 Pittsburgh's unwieldy season came to the crashing halt that was practically inevitable in a 42-21 whipping at the hands of Kansas City on Sunday night. The Steelers (9-8-1) arrived at Arrowhead Stadium as the longest shot in the 14-team field and played like it.

The issues that plagued them all year — from offensive coordinator Matt Canada's ineffectual play calling to a defense that was consistently drilled on the road — manifested themselves over the final three quarters. Patrick Mahomes did whatever he wanted whenever he wanted. It looked an awful lot like a handful of games from earlier in the season, including a 36-10 whipping in the same stadium the day after Christmas.

Roethlisberger's career likely ended with an 11-yard pass to Zach Gentry as the clock ran out. The 39-year-old married father of three met briefly with Mahomes at midfield, saluted the fans in black and gold who stuck around to the bitter end, then walked into the tunnel — and into the next phase of his life. 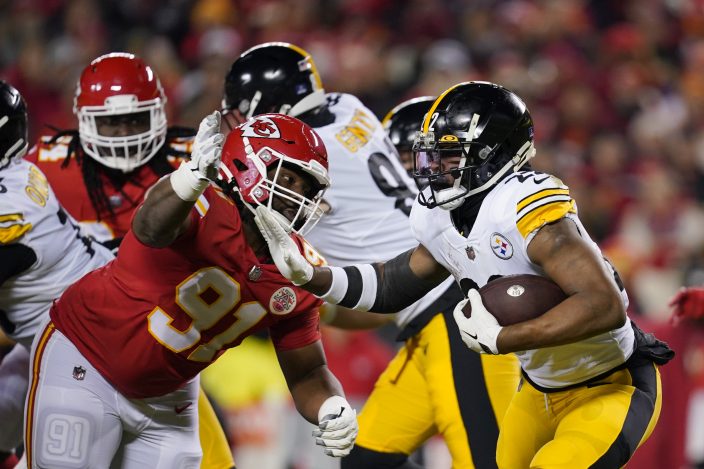 The team he's leaving behind, maybe not so much. The franchise that had every opportunity to make a clean break after last year's flameout in the first round against the Browns but opted to bring back Roethlisberger can no longer kick the can down the road.

There are pieces in place to build around. All-Pro outside linebacker T.J. Watt is in his prime and a contender to win his first Defensive Player of the Year award. Rookie running back Najee Harris and rookie tight end Pat Freiermuth look very much like long-term fixtures. Safety Minkah Fitzpatrick is due a contract extension and All-Pro defensive lineman Cam Heyward is a worthy successor to Roethlisberger as the keeper of “The Steeler Way.” 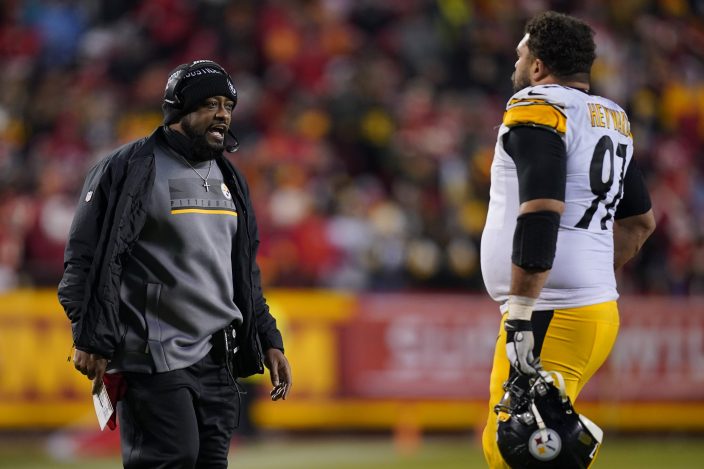 It's a way that will need some recalibration over the next six months. Pittsburgh hasn't won a playoff game in five years, the longest drought of any team in the AFC North.

“I take it very personal when we don’t have playoff success,” Heyward said. "I will be back at the drawing board trying to figure out a way if I am on this team.”

Heyward almost certainly will be. Yet he may be one of a few high-profile holdovers for a team in transition. 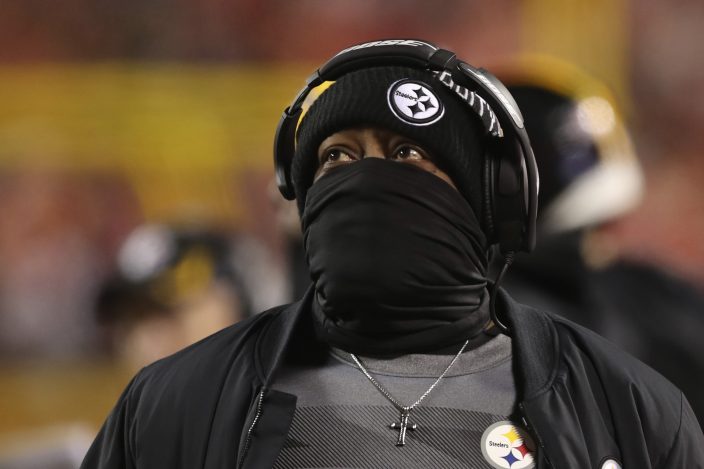 The Steelers have money to spend in free agency (over $40 million), but with so many holes to fill along the offensive and defensive lines, it's highly unlikely they would splurge on the open market on a quarterback, even a mid-level prospect like Marcus Mariota or Jameis Winston.

The more likely scenario is letting Mason Rudolph and Dwayne Haskins spend the next seven months competing for the right to replace a player who is practically irreplaceable. A draft pick, maybe someone like Liberty quarterback Malik Willis, could wait in the wings for an opportunity.

Canada was given a difficult task when he was promoted from quarterbacks coach to offensive coordinator last January. He needed to devise a game plan knowing he had an unproven offensive line and a quarterback — while still effective under certain circumstances — who is no longer an elite difference maker.

The results were predictable. The Steelers finished 20th or worse in, yards, points and rushing yards. Roethlisberger's 6.2 yards per pass attempt tied a career low and a wide receiver group outside of Diontae Johnson was largely underwhelming, and even Johnson struggled with drops late in the year.

Pittsburgh needs to figure out whether the issue was the groceries or the chef. Did the offense sputter for long stretches because of the scheme or because it lacked talent, particularly up front? If the front office determines it's the latter, Canada will come back. If it's the former, the team will have a third coordinator in as many seasons.

The Steelers have a decision to make with linebacker Devin Bush, who returned from a torn ACL that cut short his 2020 season but had little impact. While he was hardly the only inside linebacker that struggled, Bush carries the highest profile, a player the team traded up in the draft to take 10th overall in 2019.

The Steelers need to decide whether to pick up Bush's fifth-year option. Not doing so would be a tacit admission of failure, which seems unlikely. Regardless, help is needed after Pittsburgh finished dead last in the NFL against the run.

Figuring out if Canada stays. Ditto defensive coordinator Keith Butler, whose unit led the league in sacks for a fifth straight year but collapsed in the postseason. Come up with a succession plan at quarterback and invest heavily in the offensive and defensive lines. If those two units take a major step forward in 2022, the quarterback might not have to be Roethlisberger-esque for the Steelers to stay in the playoff mix.