Miles Bridges scored a career-high 38 points and grabbed 12 rebounds, leading the Charlotte Hornets to a 97-87 victory over the New York Knicks on Monday.

Terry Rozier added 22 points. He and Bridges combined to outscore the Knicks by themselves in the first half as Charlotte bounced back nicely from a loss to Orlando that ended its four-game winning streak.

The Hornets played without LaMelo Ball but didn't miss their flashy point guard, with Bridges driving them to a strong start. He scored 28 points in the first half and got the basket that tied his previous high of 35 in the fourth quarter with a spectacular baseline drive and reverse scoop that had teammates grinning. 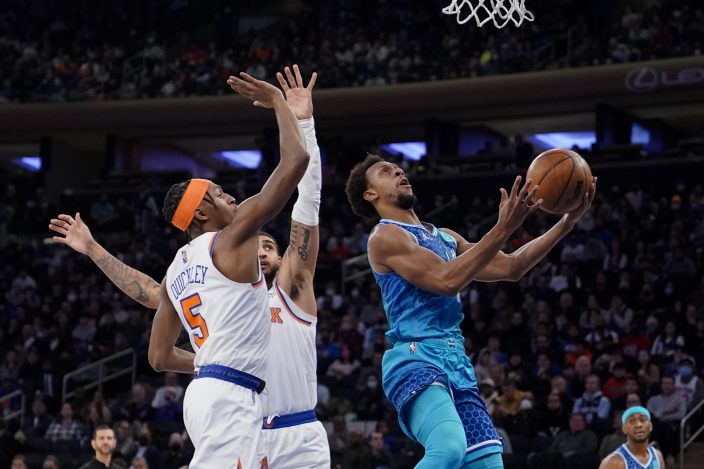 Julius Randle and RJ Barrett each scored 18 points for the Knicks, who had their three-game winning streak snapped.

Ball was listed as questionable with an illness unrelated to COVID-19, but the Hornets said just before the start that he was available to play. Ball sat on the bench with his teammates to watch the impressive performances by Bridges and Rozier. 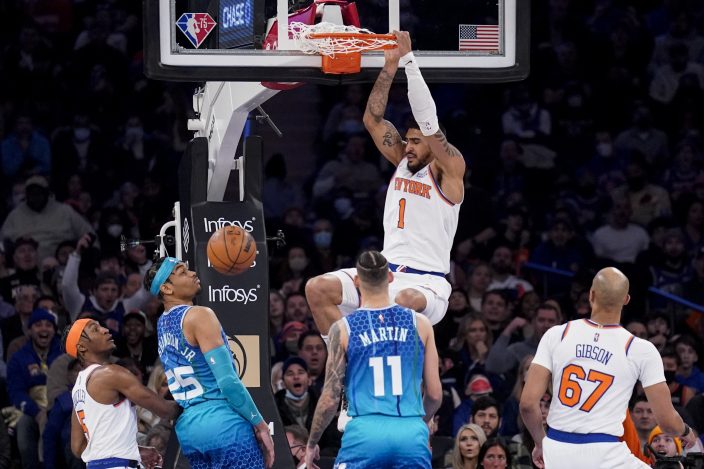 Bridges was 7 for 8 in the first quarter for 22 points. The Knicks barely outscored him, with Charlotte leading 34-23.

He started the second quarter on the bench and the Knicks immediately ran off seven straight points to get within four. The Hornets called time, put Bridges back in after barely a two-minute break, and quickly regained control.

Bridges had the last three baskets of an 8-0 run that extended the lead to 45-33, a lead that grew to 18 at halftime after Rozier made 3-pointers for their final two baskets. 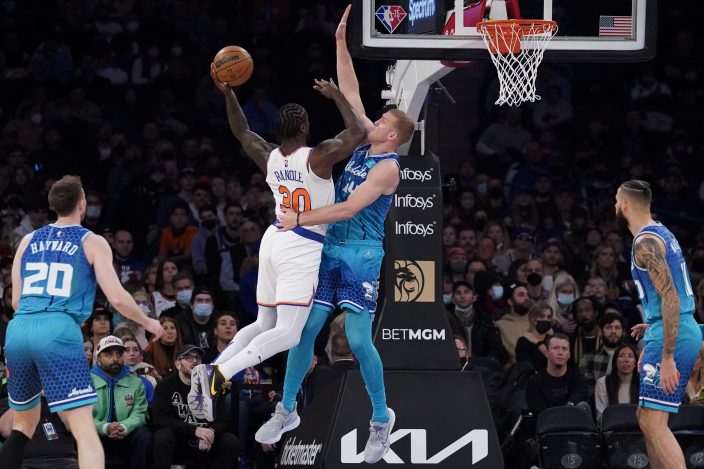 Hornets: Gordon Hayward scored 16 points. .... Bridges has seven 30-point games this season. He had three in his first three seasons. ... Kelly Oubre was out because of health and safety protocols. 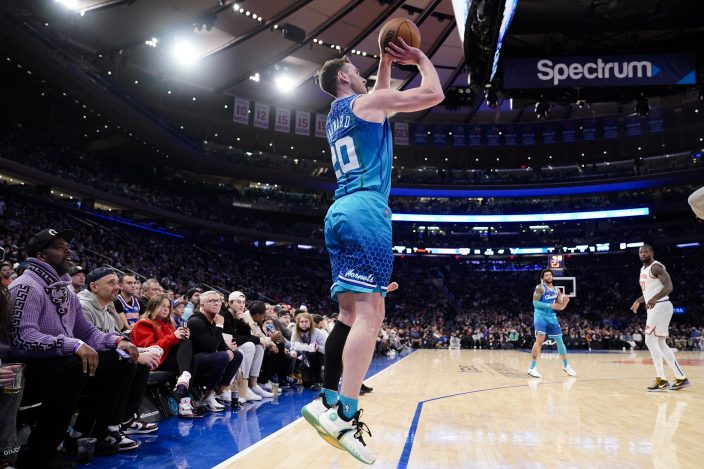 The Hornets said that Bridges was just the fourth Charlotte player in the last 25 years with at least 28 points in a first half, and two have come against the Knicks in the last two seasons. 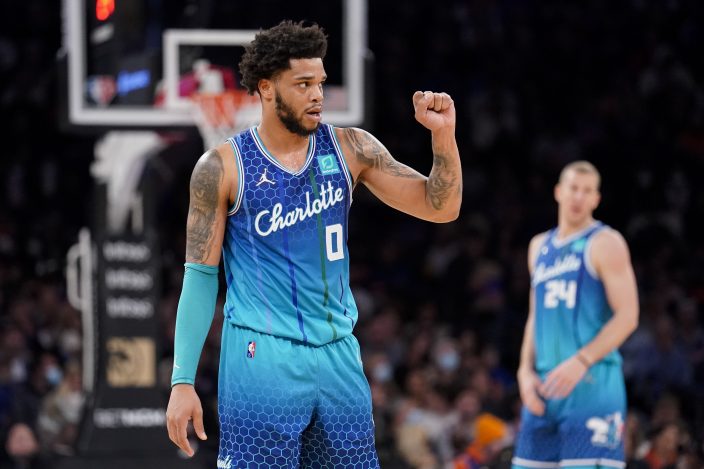 Charlotte Hornets forward Miles Bridges (0) reacts after scoring during the first half of an NBA basketball game against the New York Knicks, Monday, Jan. 17, 2022, in New York. (AP PhotoJohn Minchillo)