Marcus Morris had 21 points for the Clippers, who snapped a two-game skid with their highest-scoring game of the season. Batum and Jackson combined to score 33 of their team's 35 points in the fourth.

Caris LeVert had 26 points and nine rebounds before fouling out with 28 seconds to play and the Pacers down by five. Chris Duarte added 24 points, seven rebounds and six assists as seven Pacers scored in double figures. They’ve lost four in a row and 10 of 11. 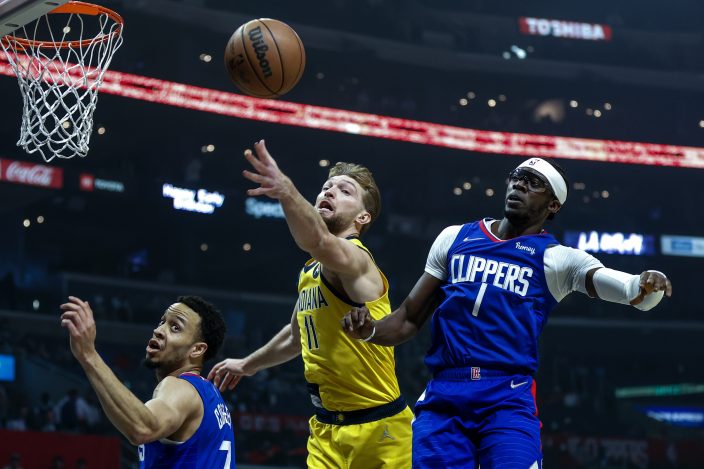 The Pacers got within three with 30 seconds left on LeVert's basket after trailing by 13 earlier in the fourth. But Jackson scored the Clippers' final seven points to close out the win.

Down 19 points in the third, the Pacers made a run to start the fourth. They scored 10 in a row and later cut their deficit to 109-102 on a wide-open dunk by Goga Bitadze, who finished with 17 points.

Batum hit his fifth 3-pointer of the game and Jackson scored eight in a row to keep the Clippers ahead by 12. Batum had a season-high seven 3-pointers. 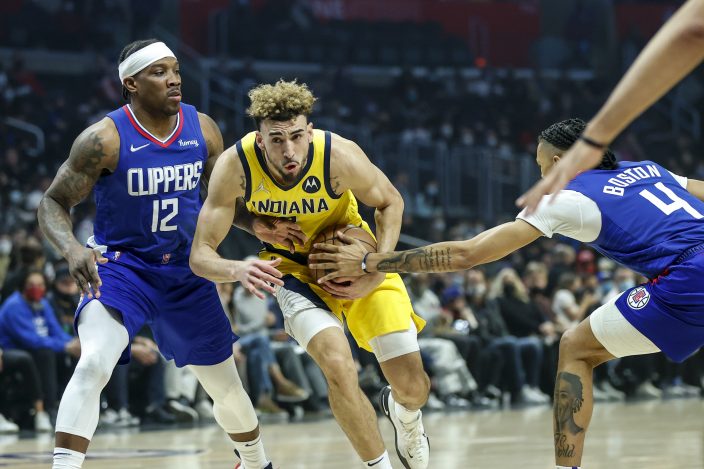 Batum kept up his run, reeling off 12 in a row, but Duarte hit a 3 and LeVert scored six in a row to threaten until the final seconds.

The Clippers stretched their lead to double digits in the third. Batum scored 14 in the quarter, hitting back-to-back 3-pointers. A basket by Isaiah Hartenstein gave them their largest lead of the game, 98-79. Terance Mann scored their final six points to send the Clippers into the fourth leading 104-90.

The Clippers led by 16 points in the first quarter and were up by 15 in the second when the Pacers briefly grabbed the momentum.

Clippers: It was Batum's highest-scoring game since he had 33 against Portland on Nov. 15, 2015, and his most points and 3-pointers in a Clippers uniform. ... Luke Kennard is still working his way back after being in health and safety protocols.

Pacers: Stay in LA to play the Lakers on Wednesday.

Clippers: At Denver on Wednesday to open an eight-game trip.