Desmond Bane and Ja Morant scored 25 points each, and the Memphis Grizzlies dominated the short-handed Chicago Bulls 119-106 on Monday afternoon for their 12th win in 13 games.

Brandon Clarke added 15 points and seven rebounds in the Grizzlies' main event of the 20th annual Martin Luther King Jr. Celebration. King was assassinated on April 4, 1968, at the Lorraine Motel in Memphis. 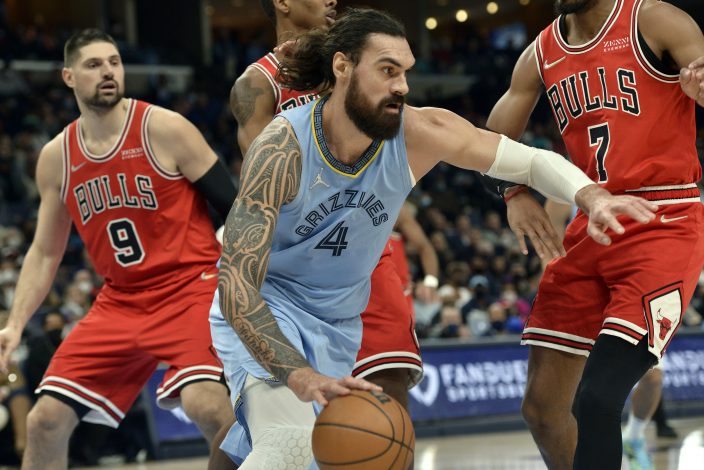 Memphis Grizzlies center Steven Adams (4) handles the ball against the Chicago Bulls in the first half of an NBA basketball game Monday, Jan. 17, 2022, in Memphis, Tenn. (AP PhotoBrandon Dill)

Memphis built a double-digit lead in the second quarter and stretched the advantage to 23 in the third — and didn't stop there.

Memphis, which saw its 11-game winning streak end Friday in a loss to the Dallas Mavericks, outscored the Bulls 38-25 in the second quarter for a 58-45 lead at the break. Chicago also was stymied early by a dozen turnovers, allowing Memphis to benefit from its transition game.

The Bulls entered the day as the top team in the Eastern Conference, but were without key rotation players like Zach LaVine, Lonzo Ball and Alex Caruso. However, Chicago kept its top spot because Brooklyn lost to Cleveland on Monday. 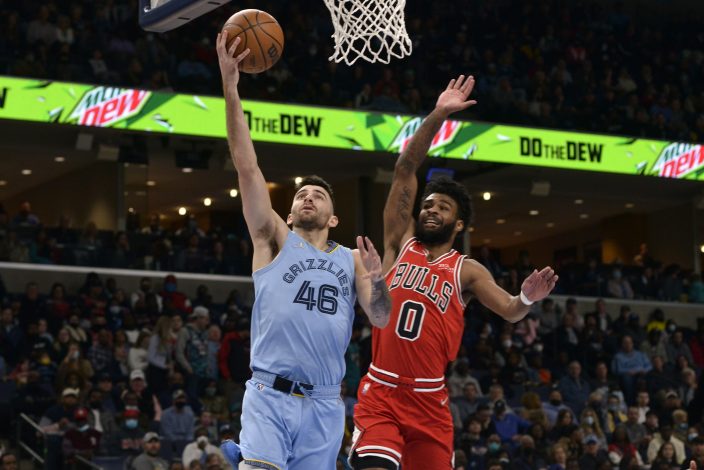 Bulls: Chicago has played Memphiss five times in the Martin Luther King Jr. Celebration Day Game. The teams split the previous four games. … LaVine missed his second game with left knee pain from an injury suffered against Golden State on Jan. 14. … Ball missed his second game, also with left knee soreness. Coach Billy Donovan said before the game that Ball flew back to Chicago to have the knee looked at by a doctor. … Chicago announced Monday it had waived two-way guard Devon Dotson. ... Dosunmu, a rookie, turned 22 Monday.

Grizzlies: As part of the day’s celebration, the Grizzlies honored former NBA players Muggsy Bogues, Elvin Hayes and Allan Houston for their dedication to human and civil rights and the social justice movement. … Memphis missed all seven of 3-pointers in the first quarter. … Jaren Jackson Jr. left the floor with 9:20 left in the second quarter after taking a shot to the calf. He returned before halftime. 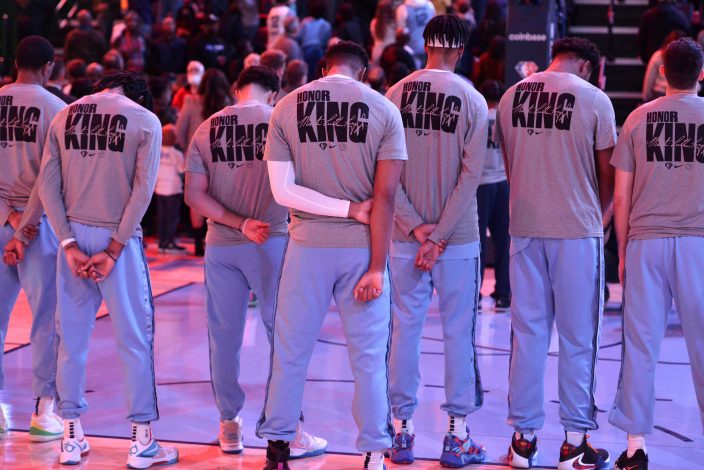 The Memphis Grizzlies stand on the court before an NBA basketball game against the Chicago Bulls on Martin Luther King Jr. Day, Monday, Jan. 17, 2022, in Memphis, Tenn. (AP PhotoBrandon Dill)

Bulls: Host Cleveland on Wednesday, Chicago's only home game over a six-game stretch. 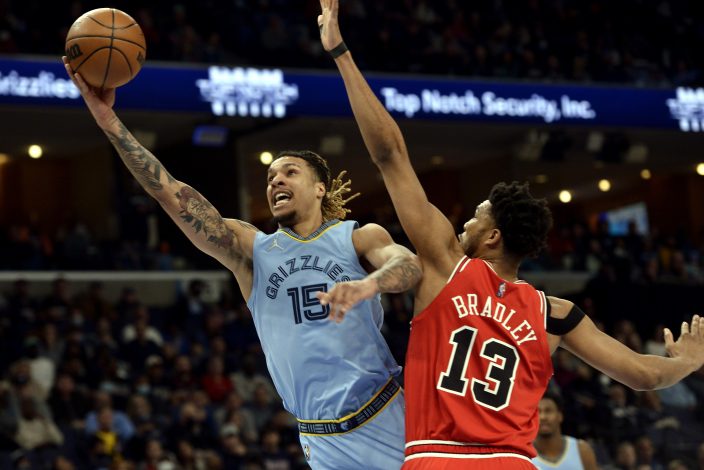 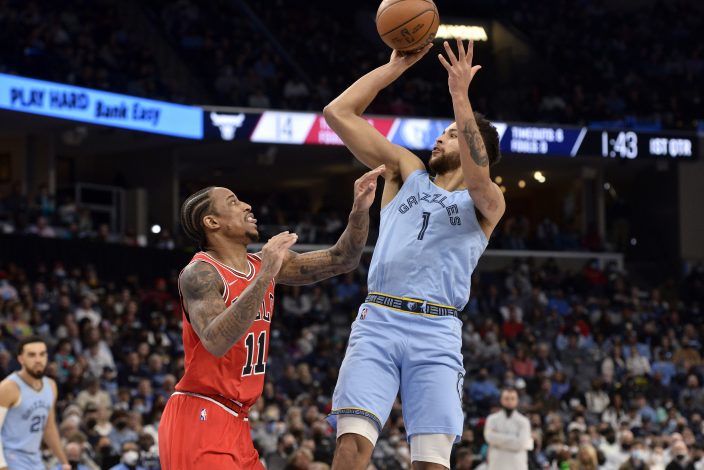 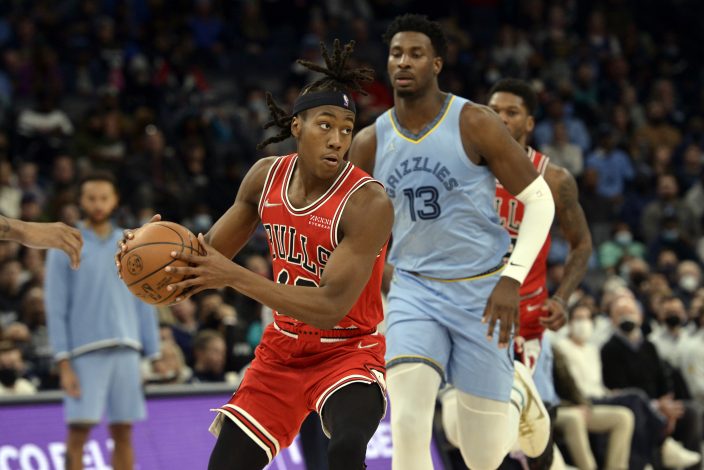