Nick Schmaltz and Johan Larsson each had a goal and an assist, and the Arizona Coyotes stretched the Montreal Canadiens' losing streak to six games with a 5-2 win on Monday.

Montreal’s first trip to Arizona since 2019 pitted the two teams at the bottom of the NHL standings and the league's two lowest-scoring teams.

The teams combined for six goals in the first two periods before shutting each other down in the third. 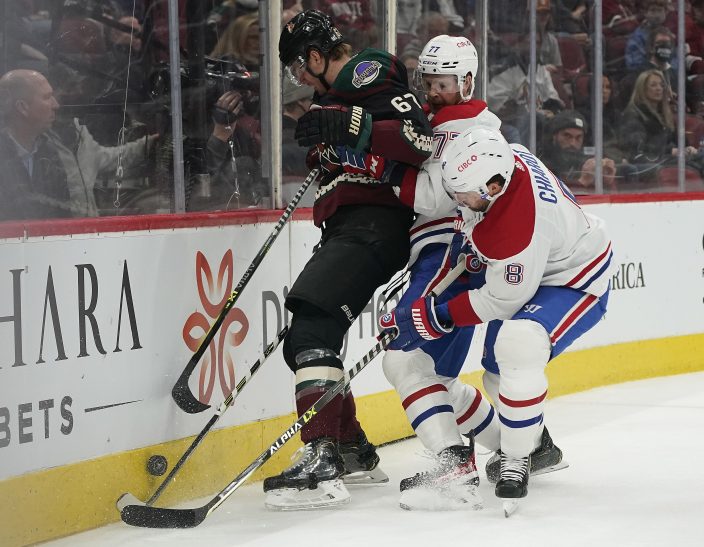 Arizona Coyotes' Lawson Crouse (67) gets pinned up against the boards by Montreal Canadiens' Brett Kulak (77) and Ben Chiarot (8) during the first period of an NHL hockey game Monday, Jan. 17, 2022, in Glendale, Ariz. (AP PhotoDarryl Webb)

Travis Boyd and Janis Moser also scored for the Coyotes, who were without coach Andre Tourigny and four players due to COVID-19 protocols. Clayton Keller added a an empty-net goal and Karel Vejmelka had 24 saves. 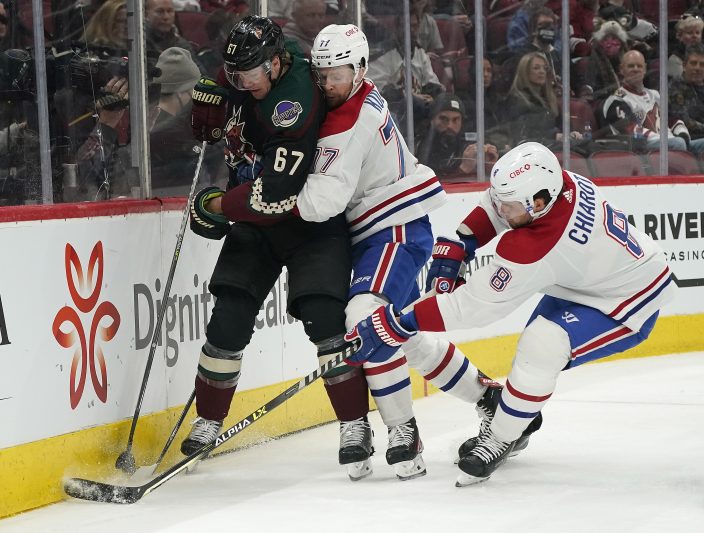 Montreal arrived in the desert with 19 points, one behind the Coyotes.

The Canadiens had a chance to end their five-game losing streak Thursday in Chicago, but gave up a goal in the third period and another in overtime to lose 3-2.

The Coyotes were blown out 5-0 by Colorado on Saturday, but got off to a rare fast start against Montreal. 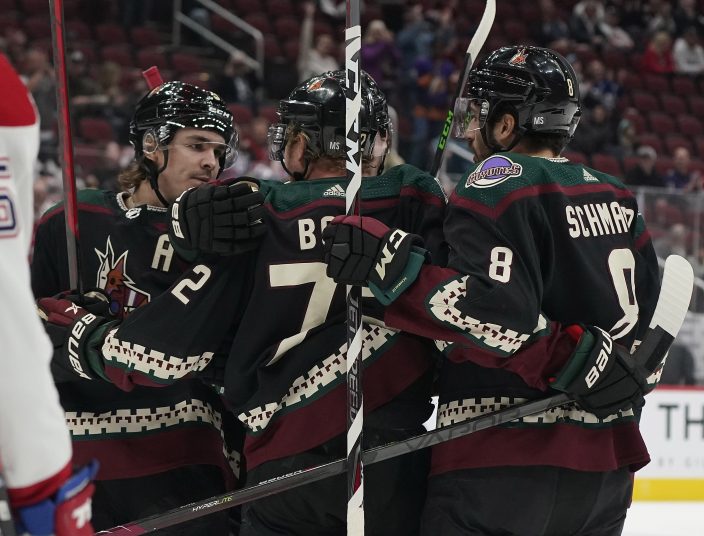 The Coyotes set up Montreal for a prime scoring chance late in the period, when defenseman Victor Soderstrom coughed up the puck in his own end. That led to a quick 2-on-1 and Pitlick one-timed a pass from Jonathan Drouin past a sliding Vejmelka.

The goals kept coming in the second period. 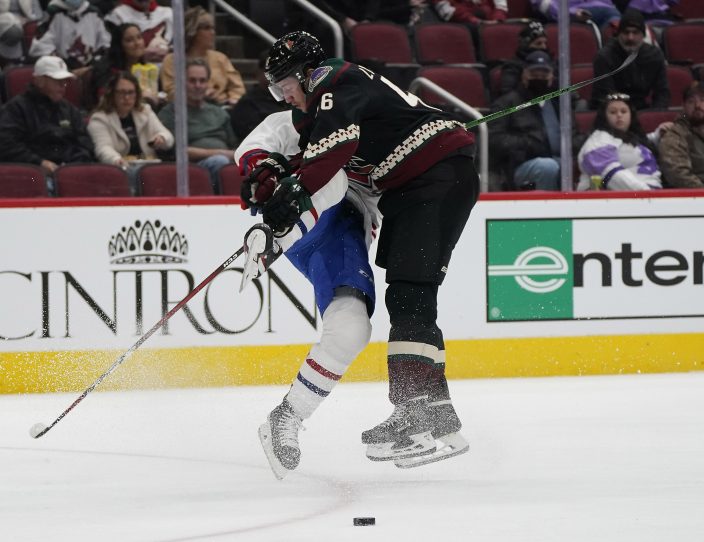 Moser scored early in the second, skating around Josh Anderson — back after missing 11 games with a hand injury — and beating Primeau with a backhander.

Poehling gave Montreal its rare power-play goal, redirecting a shot by Drouin past Vejmelka to make it 3-2.

Arizona scored right after a power play late in the second period when Schmaltz gathered a pinballing puck and slipped it under Primeau's glove. The goal was upheld after Montreal challenged for goalie interference. 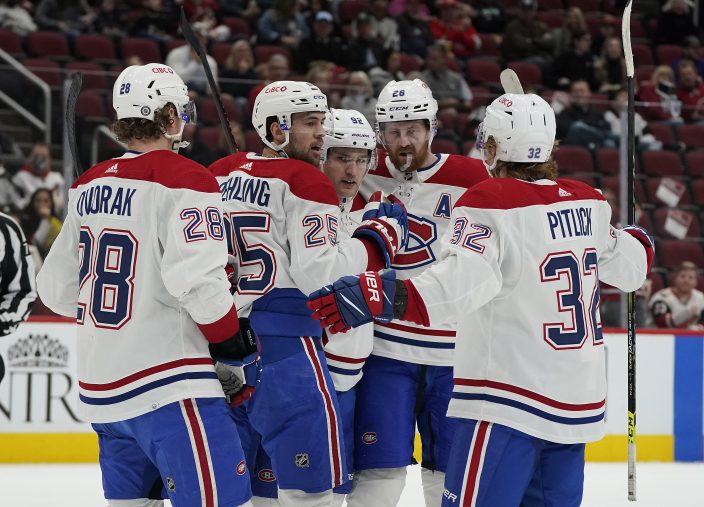 Montreal: At Dallas on Tuesday.

Arizona: At New Jersey on Wednesday.