The same could not have been envisioned as recently as four years ago.

What might be lost in all the hype leading up to the divisional playoff meeting at Kansas City on Sunday is both players’ connections to Buffalo, and the second-guessing which followed two key Bills decisions in finally arriving on their franchise quarterback. 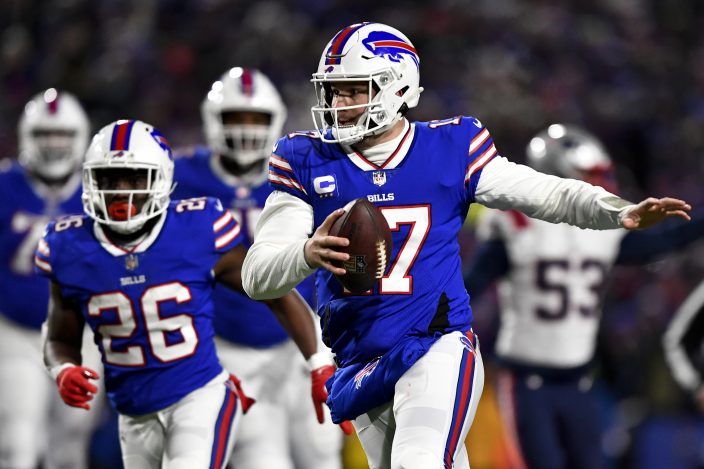 The Bills were roundly panned during the 2017 draft for passing up the chance to select Mahomes. They instead traded the 10th pick to Kansas City, allowing the Chiefs to land an electrifying player who has led them to Super Bowl appearances in each of the past two years.

Though even Bills owners Terry and Kim Pegula favored selecting Mahomes, first-year coach Sean McDermott and then but soon to be fired GM Doug Whaley balked by placing a priority on stock-piling draft picks to rebuild what had been a losing team. 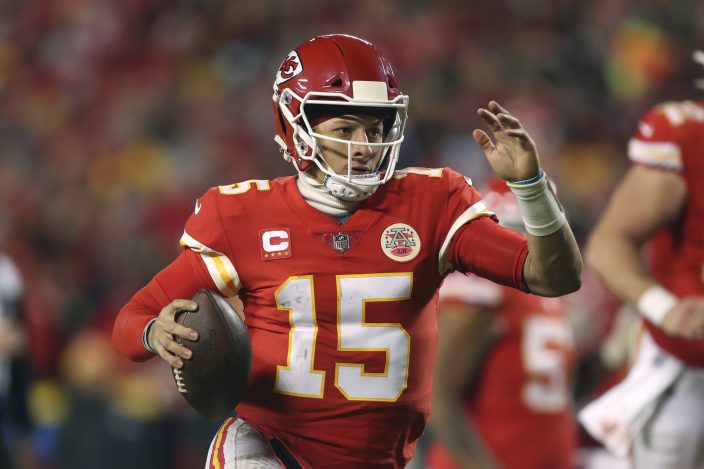 The Bills were questioned for trading up five spots to select Allen at No. 7, and ahead of Josh Rosen. Of the five quarterbacks — starting with Baker Mayfield going first — chosen in the first round in 2018, the strong-armed Allen was considered one of the bigger risks. He had issues with accuracy and was so overlooked on the college recruiting front the central California native wound up at Wyoming, of all places.

Four seasons later, Mayfield has yet to secure a second contract in Cleveland, Rosen is already on his third team, while Allen was locked up with a six-year, $258 million contract extension in August.

In Buffalo, it’s difficult to find anyone complaining about Allen, who is so revered his name is plastered on a banner hanging over a midtown intersection welcoming visitors to the city’s “Allentown” bar and restaurant district.

Though Mahomes has more hardware, including a Super Bowl MVP and NFL MVP, Allen is no longer considered a consolation prize. And don’t forget how Buffalo used the Chiefs’ draft pick in 2017 to select Tre’Davious White, who has established himself as one of the NFL’s top shutdown cornerbacks.

Allen took another impressive step on Saturday by throwing for a franchise-playoff-record five touchdowns and overseeing seven consecutive TD drives in a 47-17 win over New England in a wild-card playoff. Mahomes, of course, matched Allen by throwing five touchdown passes of his own in a 42-21 wild-card win over Pittsburgh on Sunday night.

In effectively putting the division rival Patriots in the rearview mirror, it’s now on Allen to be competitive against the Chiefs. He lost his first two meetings with Mahomes, including last year’s championship game, before a 38-20 win in Week 5 this season.

Asked to look back on Monday, McDermott has no problems how Buffalo landed upon its quarterback.

“We’re happy with the quarterback we have, and I’m sure (the Chiefs) are happy with Pat there,” McDermott said. “I think it’s worked out for both.”

Only one, however, will come away the winner on Sunday.

Extra points. The Patriots found a hole in Buffalo’s front by blocking two of Tyler Bass’ extra-point attempts. It didn’t mean much in a 30-point blowout, but could play a factor in a closer game against the Chiefs.

Safety Micah Hyde. He made an acrobatic interception by racing from the middle of the field to make a leaping grab of Mac Jones’ pass just before it reached Nelson Agholor’s hands in the end zone to snuff out New England’s opening drive. Hyde then nearly scored returning a punt in the fourth quarter before being tripped up by a teammate at New England’s 39 for a 52-yard return.

WR Cole Beasley. The slot receiver caught just one pass for 19 yards in continuing to show he struggles to get open against man coverage.

DE Mario Addison did not finish the game due to a shoulder injury.

9-0 — Buffalo’s record this season when scoring a touchdown on its opening drive.

McDermott faces his mentor, Andy Reid, for the fifth time as a head coach. The two have split the past four meetings.

Bills beat up on Jets with tough 5-week stretch looming

Bills' cup half full after 2nd-half eruption against Miami