Ryan Donato scored the tying goal early in the third period, Joonas Donskoi scored in the shootout and the Seattle Kraken snapped their nine-game losing streak with a 3-2 win over the Chicago Blackhawks on Monday.

Donato scored at 2:02 of the third period to pull Seattle even at 2. Donato scored in the second round of the shootout and Donskoi — stuck without a goal this season in 38 games — scored the winner past Marc-Andre Fleury.

It was Seattle’s first win since Dec. 14 at San Jose and first home win since Dec. 3 against Edmonton. The Kraken are 1-16-1 when trailing after two periods. 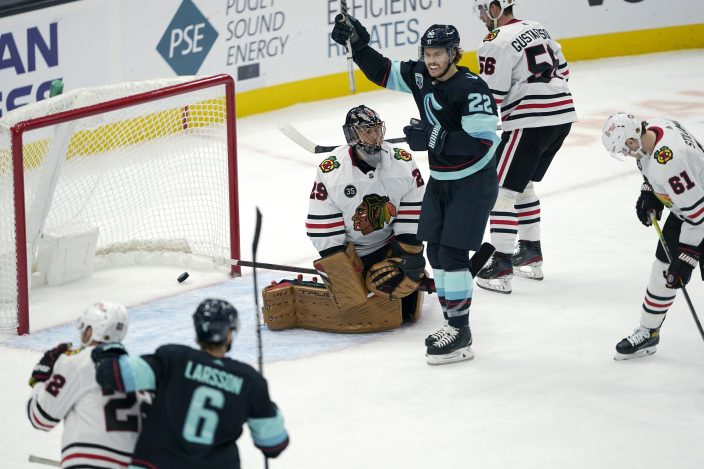 Fleury was the best player on the ice for most of the day and did everything possible to get Chicago into the shootout. Fleury made 35 saves and had 14 in the third period alone.

Fleury robbed Jared McCann with a terrific glove save on a power play opportunity early in the third. Fleury later stopped McCann on the first regulation penalty shot in Kraken history after McCann was tripped on a breakaway by Riley Stillman. 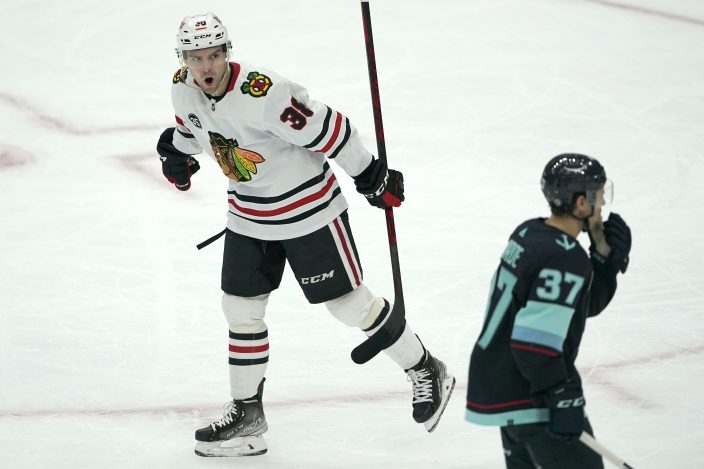 Alex Wennberg hit the post in the final seconds of overtime for Seattle.

Both the goals Fleury allowed were partly the result of his defensemen. Vince Dunn’s goal in the second period deflected off Stillman. Donato’s equalizer early in the third period came when Fleury made the initial save but was taken out by Caleb Jones, allowing Donato to score on the rebound.

Dominic Kubalik scored his ninth of the season on a breakaway at 12:06 of the second period to give Chicago the lead. Donato lost the puck in Chicago’s zone, and Erik Gustafsson was able to find Kubalik open with a long stretch pass behind the Seattle defense. 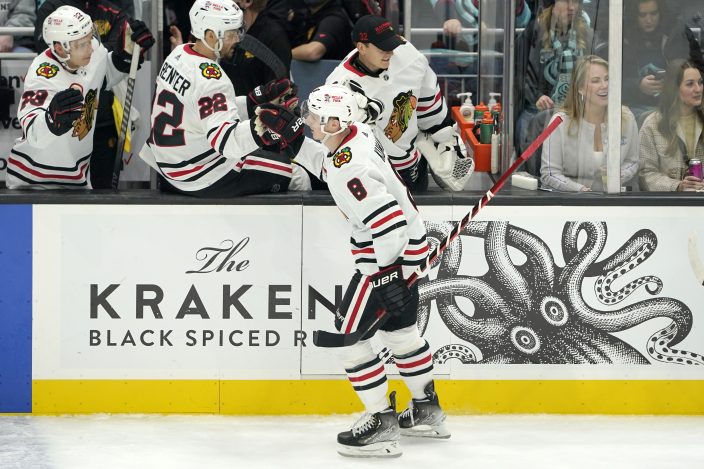 Chicago capitalized on a power play later in the second. Patrick Kane’s slap-pass was tipped by Kubalik and Grubauer made the initial save. But the puck fell to Brandon Hagel in the scramble with an open net. 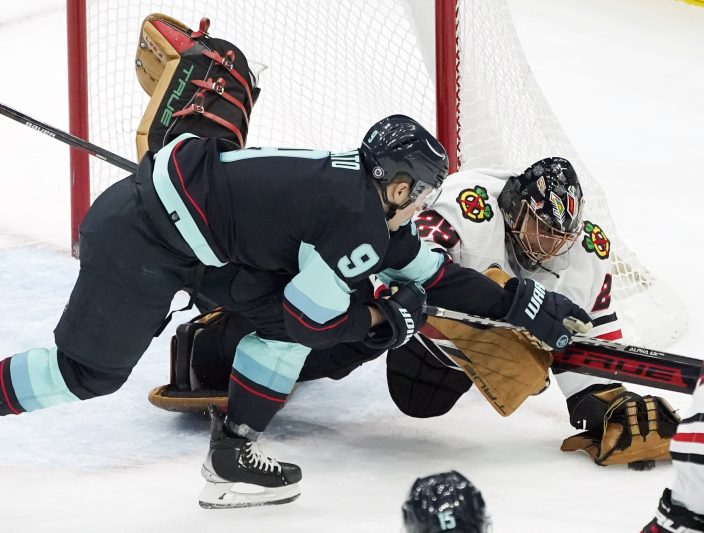 NOTES: Seattle claimed F Karson Kuhlman off waivers from Boston and placed F Morgan Geekie on injured reserve. Geekie has missed the previous three games with an upper body injury. Kuhlman has appeared in 19 games and has two points. ... Chicago D Seth Jones has tested out of COVID-19 protocol, but the Blackhawks chose not to have him fly to Seattle at the last minute and play significant minutes, interim coach Derek King said. ... Fleury was named the NHL’s second star of the week after going 3-0-0 with a .957 save percentage and a shutout last week. 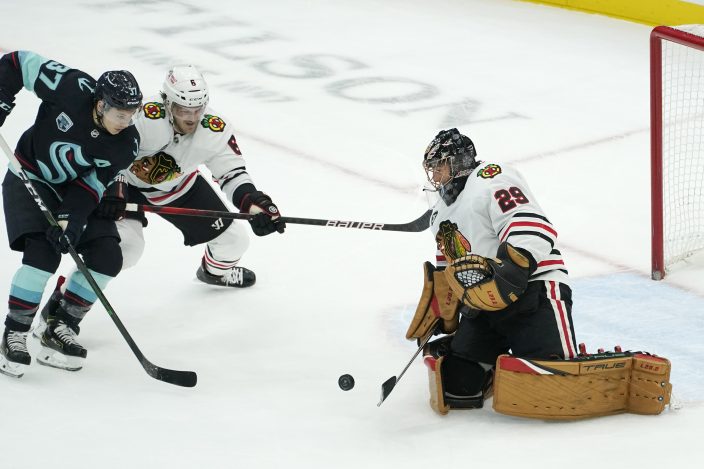