Anthony Beauvillier and Matt Martin also scored, and Ilya Sorokin stopped 26 shots to help the Islanders get their fifth win in seven games (5-1-1). New York coach Barry Trotz was back on the bench after missing three games, the last two in COVID-19 protocols.

Sorokin had eight saves in the first period, 12 in the second and six in the third to improve to 6-0-1 with a 1.50 goals-against average in seven career games against the Flyers. He is 10-7-5 on the season. 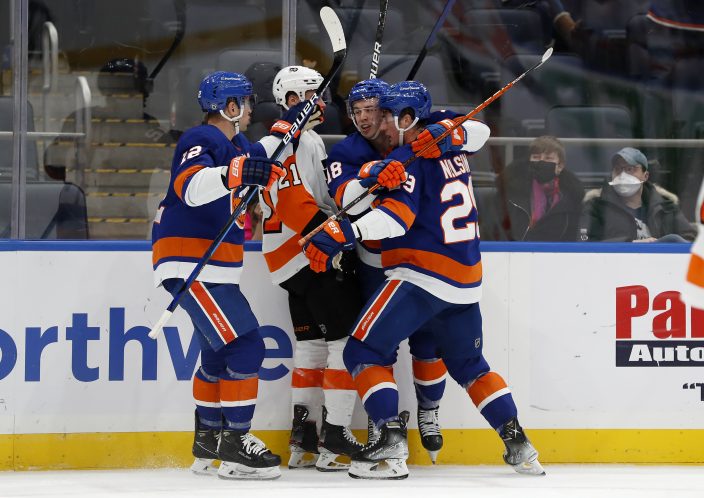 Travis Konecny scored and Martin Jones finished with 27 saves for the Flyers, who are 0-6-2 during their losing streak.

The Islanders led 2-1 after two periods, and Beauvillier added to the advantage as he knocked in a loose puck in front at 4:44 of the third. Nelson had an assist on the play for his first multipoint game since he scored twice against Calgary on Nov. 20 in the first game at UBS Arena. He had one goal and one assist while playing in seven games since then.

The Flyers pulled Jones for an extra skater with about 2:40 left and James van Riemsdyk hit a goalpost a minute later. 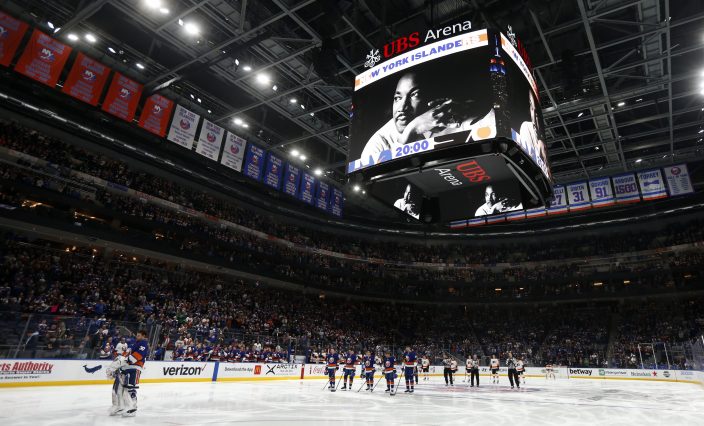 Martin sealed it with an empty-netter with 1:23 left for his first of the season.

Sorokin made a stellar save, sprawling to his right to deny an attempt by Scott Laughton in the opening minute of the second period. The Islanders' goalie also stopped attempts in close by Laughton and Cam Atkinson just 20 seconds apart several minutes later.

Jones had saves on a slap shot by Nelson at 5:15, and then stopped Kieffer Bellows' wraparound two minutes later and a backhand in close by Zach Parise less than 30 seconds after that to keep it scoreless. 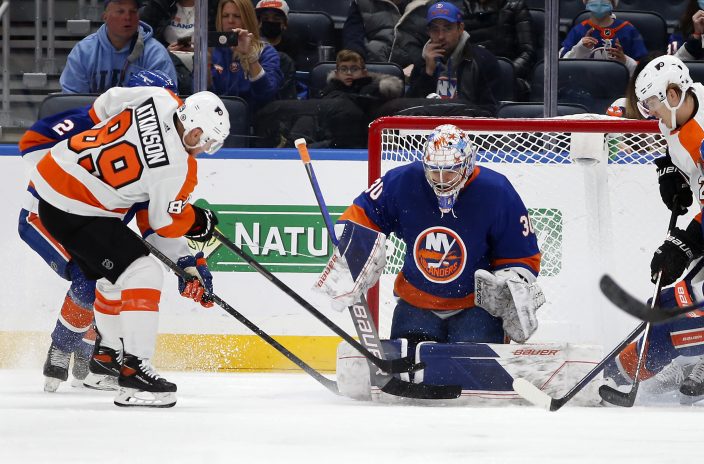 Twenty seconds after the Islanders killed off their third penalty of the game, they got on the scoreboard when Nelson got a drop pass from Josh Bailey, paused and fired a shot past Jones into the top right corner for his 11th of the season with 8:16 remaining in the middle period.

The Islanders made it 2-0 less than three minutes later when Cizikas deflected Robin Salo's point shot with 5:32 left to end a 43-game scoring drought with his first goal since last April 1. Salo got his second NHL assist.

Konecny got credit for his sixth of the season and 100th of his career when his dump-in toward the corner deflected off Islanders defenseman Noah Dobson's arm and into the net with 2:48 remaining to pull the Flyers within one. 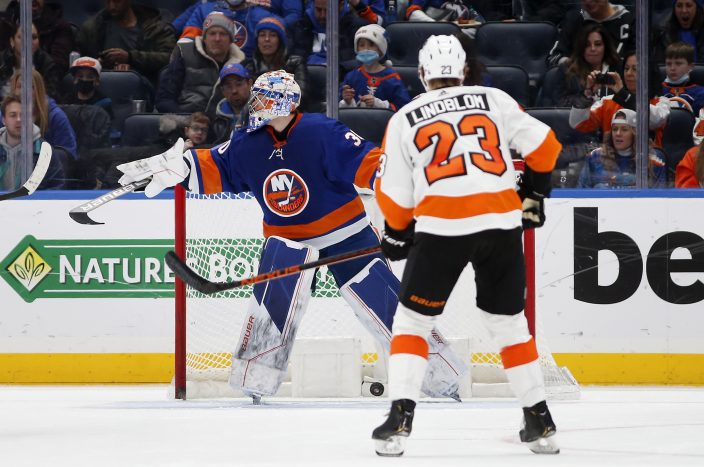 Sorokin made a blocker save on a breakaway by Joel Farabee with a minute remaining to preserve the Islanders' lead.

Coming off a lackluster 2-0 loss at home to Washington on Saturday in which they had just 23 shots on goal, the Islanders came out in this one with a sense of urgency. They outshot the Flyers 13-8 in a fast-paced first period, including 6-1 over the last six minutes, but couldn't beat Jones. 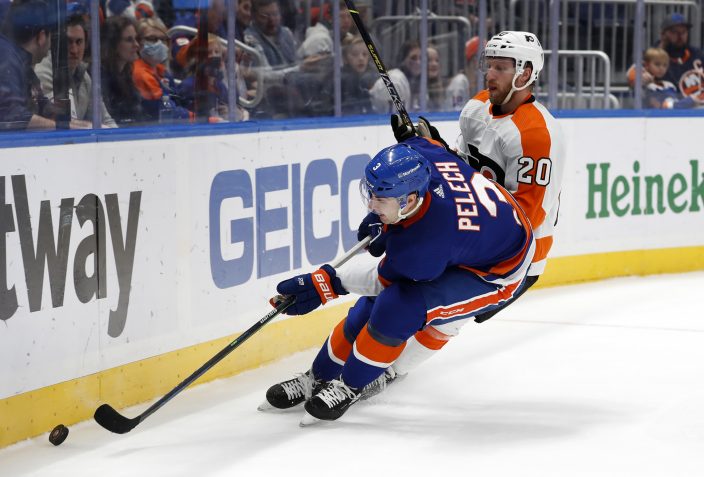 Islanders D Zdeno Chara played in his 1,636th career game, passing Scott Stevens for second-most by a defenseman in NHL history. Chris Chelios is tops on the list at 1,651 games. ... Flyers F Keith Yandle played in his 960th consecutive game, moving within four of tying Doug Jarvis for the longest streak in NHL history. 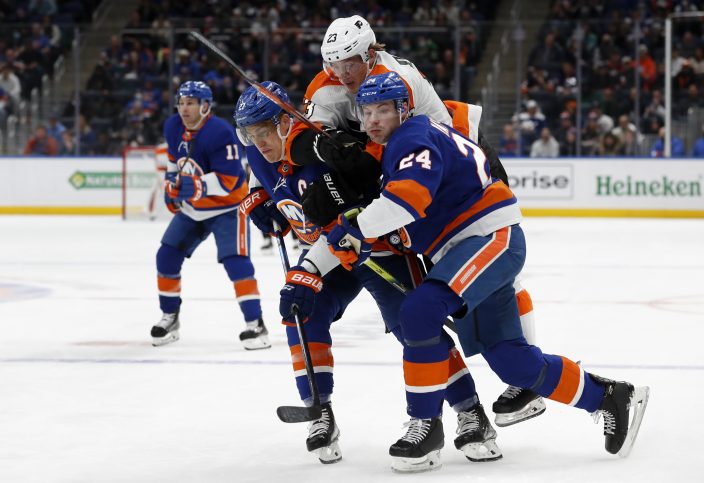 The Flyers and Islanders opened a stretch in which they will face each other three times in nine days. The teams meet in Philadelphia on Tuesday night in a game that was rescheduled from Nov. 30, and then again at UBS Arena on Jan. 25. They conclude the season series March 20 at Philadelphia. The Islanders went 5-1-2 in the season series last year, with six of the games going beyond regulation. 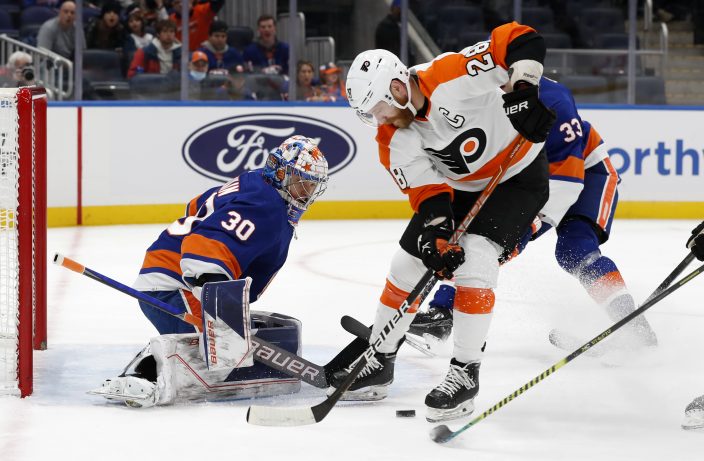 Flyers: Host the Islanders on Tuesday night to open a two-game homestand.

Islanders: At Philadelphia on Tuesday night before a stretch of seven straight at home. 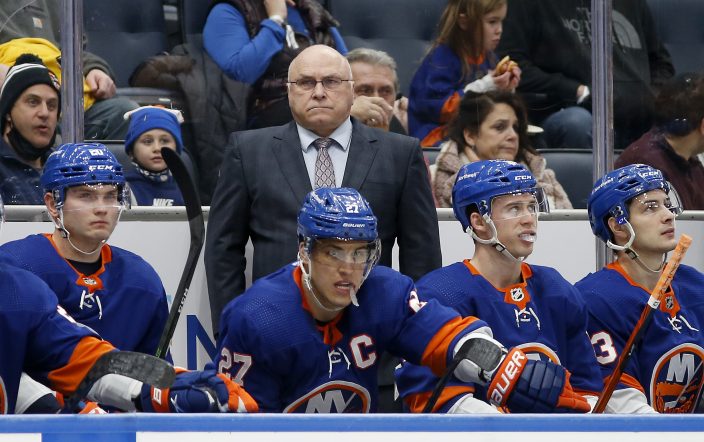 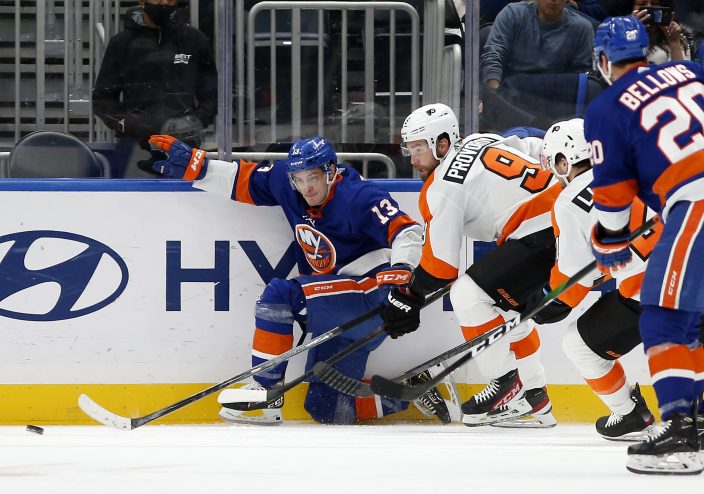