Muguruza, who finished on a high in 2021 by winning the season-ending WTA Finals, had a 6-3, 6-4 victory over Clara Burel, a 20-year-old from France who is ranked 77th, to open play on Rod Laver Arena on Day 2.

A two-time major winner and runner-up in Australia in 2020 to Sofia Kenin — who was a first-round loser on Monday — Muguruza said she’s extra cautious early in a big tournament. 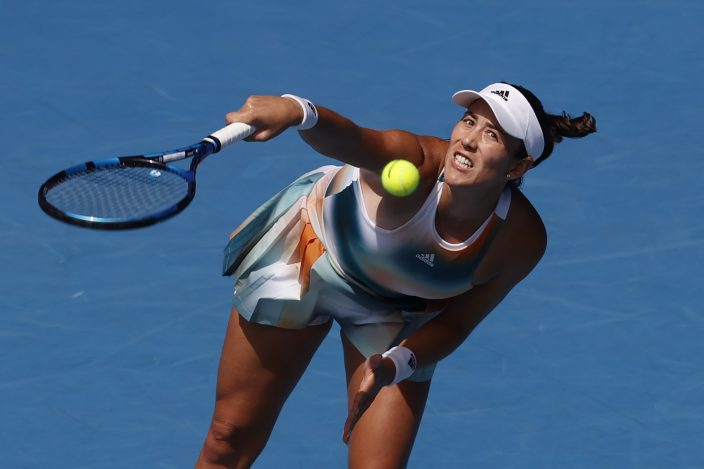 Garbine Muguruza of Spain serves to Clara Burel of France during their first round match at the Australian Open tennis championships in Melbourne, Australia, Tuesday, Jan. 18, 2022. (AP PhotoHamish Blair)

“I am aware, I am aware,” Muguzura said, laughing, when asked if she knew her Melbourne Park streak. ”Very tricky. You’re always nervous going out there on Rod Laver, which I love, and starting a Grand Slam campaign. I’ve always gone through the first round.

“Very happy the way I played and, of course, controlling the nerves.” 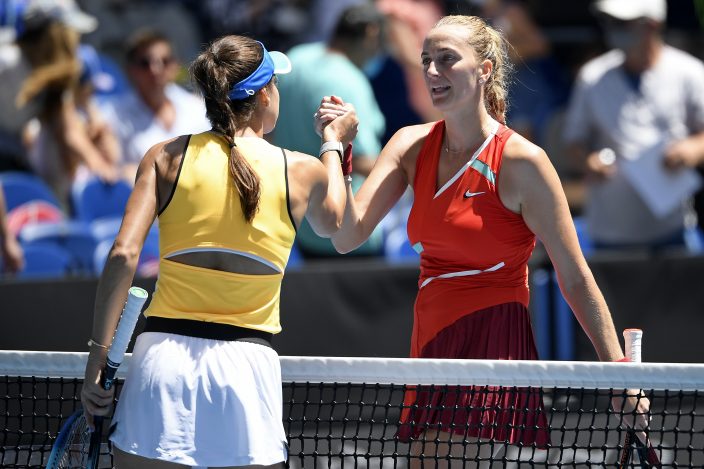 Two-time Wimbledon champion Petra Kvitova lost to Sorana Cirstea of Romania for the second straight year, this time 6-2, 6-2 in the first round.

“Yeah, I think that she likes my game, that she just is going for it," Kvitova, an Australian Open finalist three years ago, said. "I did have some health issues the whole month, as well, so it was tough to practice during home month.

"But the season is long, so I hope that it will turn around.”

Second-seeded Daniil Medvedev was due to start his bid to win a second consecutive Grand Slam singles title when he played Henri Laaksonen in an afternoon match on Rod Laver Arena.

Medvedev, the runner-up in Australia last year, ended Novak Djokovic's bid for a calendar-year Grand Slam in 2021 with his victory in the U.S. Open final. With Djokovic out of the Australian Open, deported because he failed to meet Australia's strict COVID-19 vaccination rules, Medvedev is among the favorites.