Devin Booker had a season-high 48 points and the Phoenix Suns dominated the fourth quarter to defeat the San Antonio Spurs 121-107 Monday night for their fourth straight victory.

Chris Paul added 15 points and 12 assists as Phoenix won its sixth straight on the road and fifth consecutive in San Antonio. 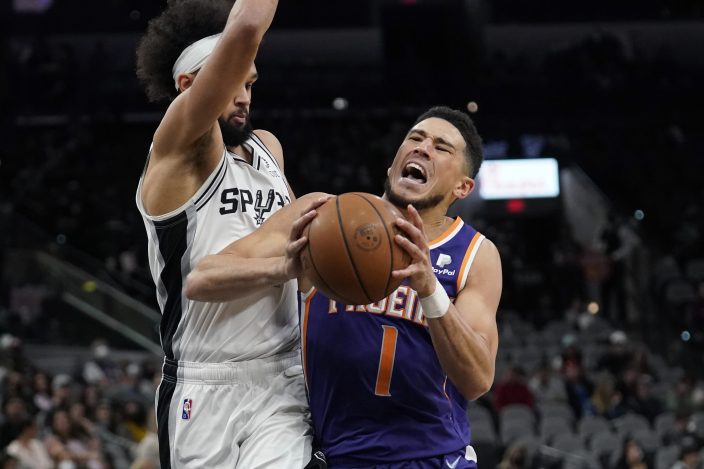 Phoenix Suns guard Devin Booker (1) is fouled as he drives to the basket against San Antonio Spurs guard Derrick White, left, during the second half of an NBA basketball game, Monday, Jan. 17, 2022, in San Antonio. (AP PhotoEric Gay)

Booker was 18 for 33 from the field and 5 for 13 on 3-pointers in eclipsing his previous high of 38 points, which he collected twice.

Cameron Johnson was also key, scoring four of his eight points in a crucial stretch midway through the final quarter. 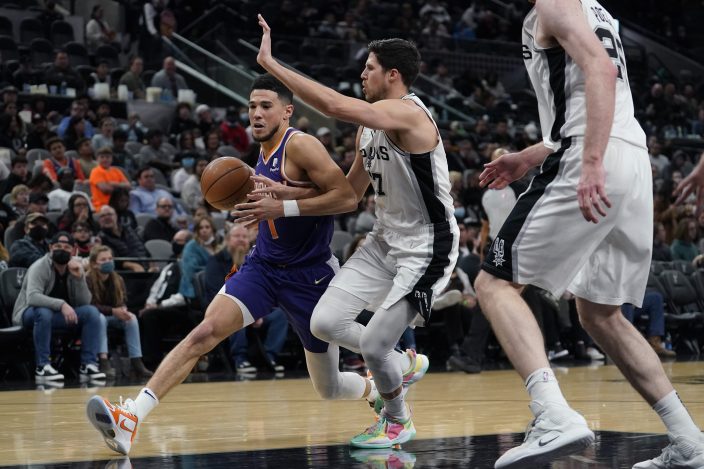 Johnson had a steal, which led to a contested layup that gave Phoenix a 103-98 lead with 7:44 remaining. Johnson made two free throws a minute earlier to put the Suns up 99-98.

The Spurs had three turnovers in a two-minute span beginning with Johnson’s steal as the Suns took command late. 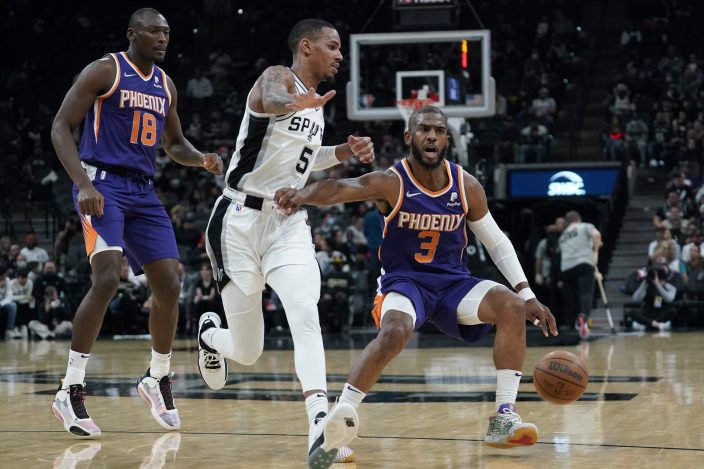 The Spurs had their regular starting lineup together for the first time since Dec. 23. A return to familiarity sparked a fast start, as San Antonio took a 28-20 lead with every starter scoring at least three points.

The Spurs starters all finished in double figures, accounting for 84 points. 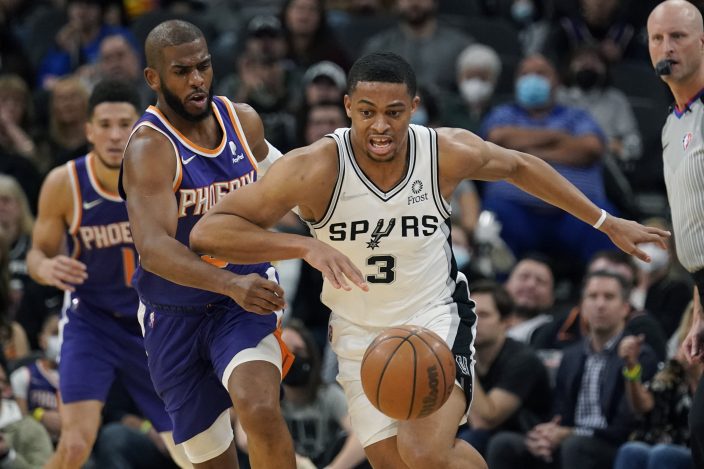 Suns: Phoenix’s last loss in San Antonio was Jan. 29, 2019. ... Ayton sprained his right ankle Sunday in the first quarter of Phoenix’s 135-108 victory over Detroit. Ayton had six points in eight minutes before exiting. His status is day-to-day. ... Johnson returned after a three-game absence due to a sprained left ankle. ... The Suns are 21-7 against Western Conference teams, second only to Utah (19-4). ... JaVale McGee had six points and eight rebounds while starting in place of Ayton. McGee is averaging 10.2 points and 6.9 rebounds for the Suns.

Spurs: Zach Collins played for the Spurs' G League affiliate in Austin, his first action since Aug. 15, 2020. Collins had eight points and one rebound in 19 minutes. He last played against Memphis while with Portland before exiting seven minutes into his start due to left ankle inflammation. Collins had surgery Dec. 30, 2020 to repair a stress fracture in his left foot and needed a second surgery June 29, 2021 after refracturing the foot. ... Tre Jones missed his seventh straight game while in the league’s health and safety protocols. ... The Spurs are 9-17 against the West. ... Bryn Forbes is averaging 13.3 points in his previous 10 games, raising his season average to 9.1 points. The Spurs have seven players averaging double figures this season. 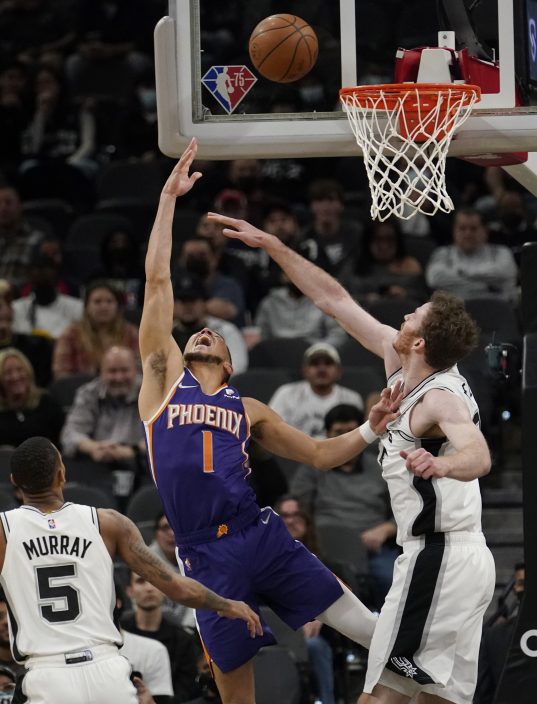 Suns: At Dallas on Thursday.