LeBron James scored 25 points and Stanley Johnson had 10 of his 15 points in the fourth quarter to lead the Los Angeles Lakers to a 101-95 win over the Utah Jazz on Monday night.

Mike Conley had 20 points and Rudy Gobert had a double double with 19 points and 16 rebounds for the Jazz. 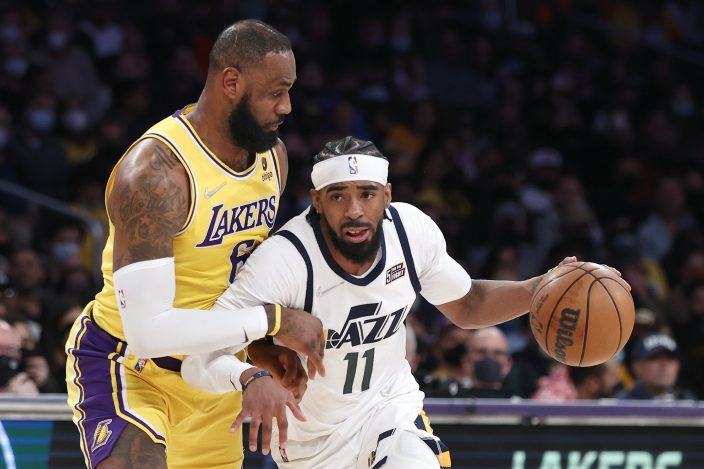 Johnson, who was just re-signed to another 10-day contract earlier in the day, scored six consecutive points in the fourth quarter. He tied the game at 83 with a 15-foot pull-up jumper. He scored a layup with a nice move around Rudy Gobert to give the Lakers a 89-87 lead.

Austin Reaves had a tip-in basket off his own miss to put the Lakers ahead by four and Avery Bradley made a key 3-pointer in the corner, off an assist from Johnson, for a 95-89 lead. Johnson made 7 of 9 shots and also had seven rebounds.

The Lakers got 44 points from their bench. James also had seven rebounds and seven assists. 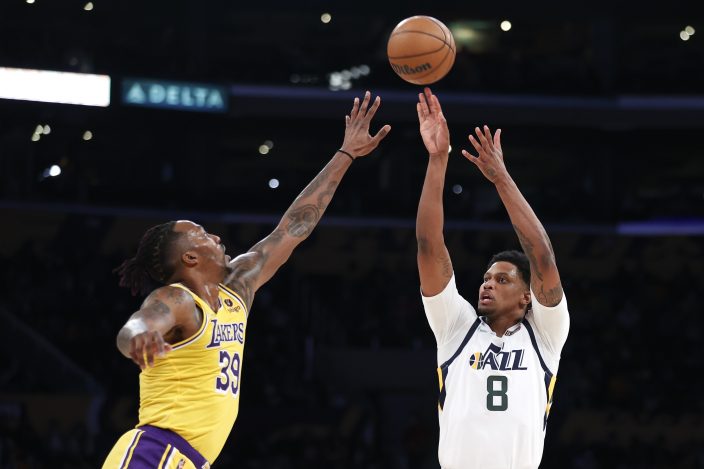 This was the first matchup of the season between the teams.

With Anthony Davis still out, the Jazz had a marked size advantage in the frontcourt with 7-foot-1 Gobert.

Gobert was playing his second game back after missing five games because he tested positive for COVID-19. He didn’t attempt his first shot until the 10:51 mark of the second quarter and yet had a double double. One day earlier, Gobert had 18 points and 19 rebounds in a 125-102 Utah win over Denver. 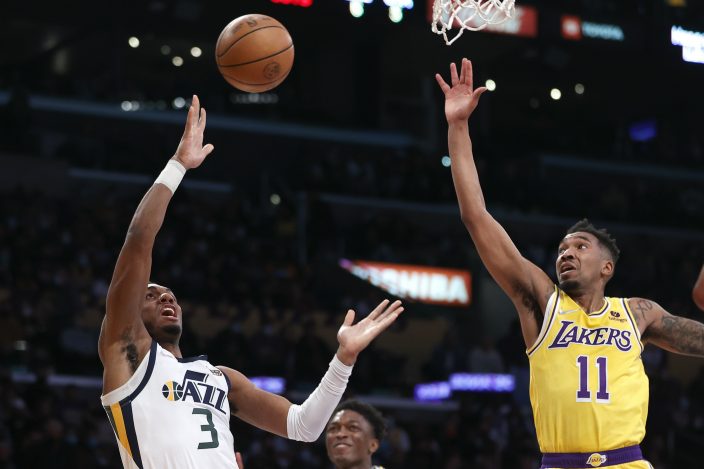 Westbrook dunked over Gobert late in the second quarter. Then he had some words for Gobert. Westbrook was assessed a technical foul. 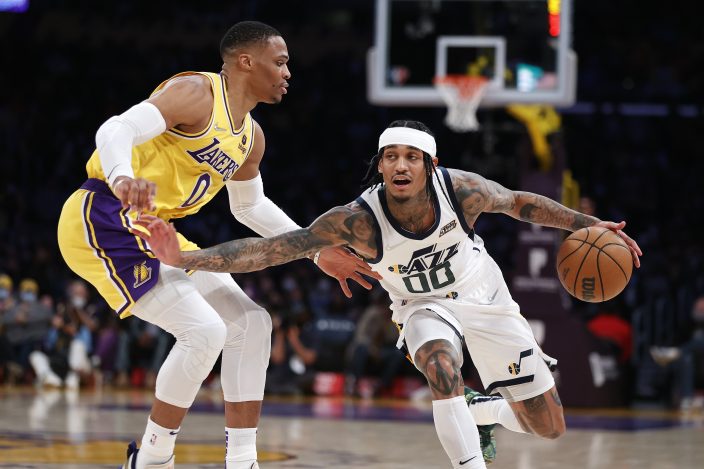 Lakers: Davis (MCL sprain of the left knee) was expected to be examined by doctors during Monday’s game … F Carmelo Anthony (lower back tightness) was out. He’s day-to-day. Frank Vogel is hopeful he’ll return Wednesday … Kendrick Nunn (right knee bone bruise) had ramped up his recovery but had to scale back … During the first quarter, Westbrook grabbed a mop and helped clean up a wet spot on the courtside floor … Antonio Brown, Dwayne Wade (minority owner of the Jazz) and Sabrina Ionescu were some notables at the game. Brown was sitting courtside and took photos with fans at halftime.