LeBron James issued an apology on social media to Laker Nation after a recent blowout loss.

James and the Lakers are currently in a position where they would compete in a play-in tournament following the end of the regular season. Not ideal, of course. 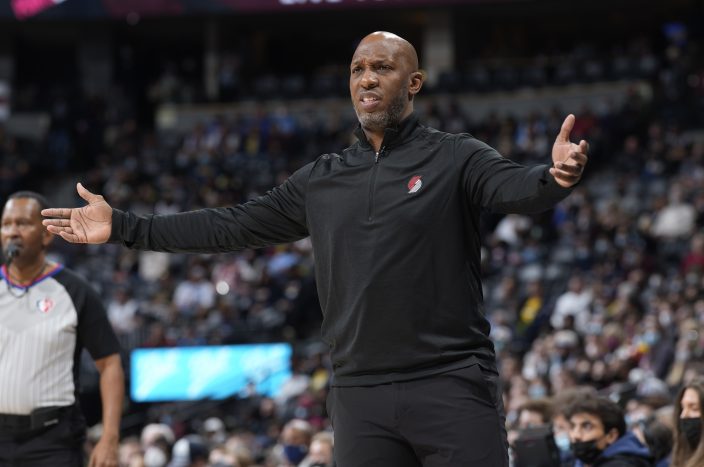 Portland Trail Blazers head coach Chauncey Billups argues for a call in the first half of an NBA basketball game against the Denver Nuggets Thursday, Jan. 13, 2022, in Denver. (AP PhotoDavid Zalubowski)

Really, though, the mantra for any team this season should be just get in — any way possible. Given the array of injuries to big-name players and the hour-by-hour uncertainty due to the virus, being healthy heading into the playoffs is more of a priority this season than usual.

That’s a major reason why the impending trade deadline on Feb. 10 could be quite a dilemma for general managers. Because the standings really may not give an accurate reflection of where a team stands.

Imagine these scenarios: Jamal Murray re-joining reigning MVP Nikola Jokic and the Denver Nuggets in time for a postseason run. Or Victor Oladipo in Miami, if he continues to progress from the leg surgery that has kept him out for almost a full year. Or perhaps, the Los Angeles Clippers getting back Kawhi Leonard. 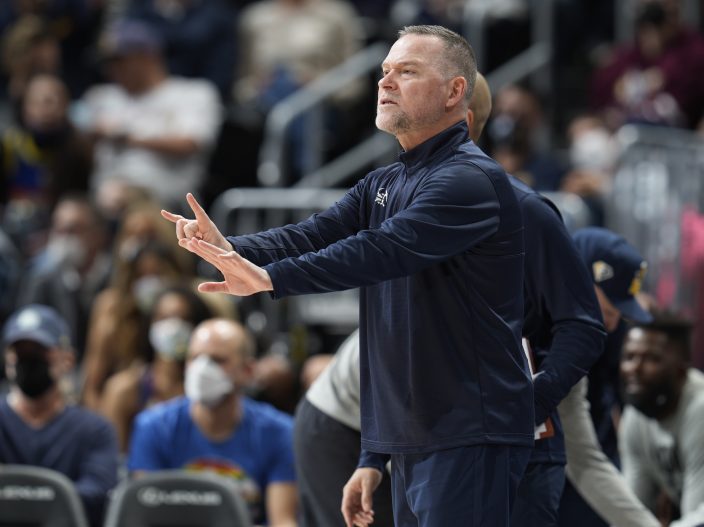 Denver Nuggets head coach Michael Malone directs his players against the Utah Jazz in the first half of an NBA basketball game Sunday, Jan. 16, 2022, in Denver. (AP PhotoDavid Zalubowski)

Consider the impact of Anthony Davis returning to the Lakers lineup.

Any or all of that likely alters the landscape.

So while occasionally glancing at the NBA standings — like Nuggets coach Michael Malone will do — don’t overthink it. 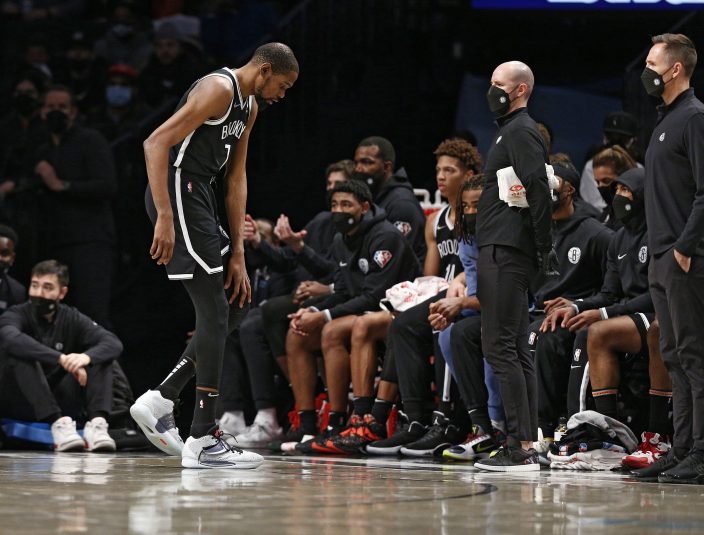 Brooklyn Nets forward Kevin Durant (7) leaves the game after injuring his knee during the first half of an NBA basketball game against the New Orleans Pelicans, Saturday, Jan. 15, 2022 in New York. (AP PhotoNoah K. Murray)

“We’ve had injuries. We’ve had COVID. But again, we’re not saying, ‘Woe is me,’” Malone said. “Because this is our reality and you have to deal with it.”

Klay Thompson recently returned following his two-plus-year absence from the Golden State lineup, not to mention Kyrie Irving finally being able to make his season debut for Brooklyn after a months-long standoff sparked by his vaccination status. Now, the Nets are expected to be without Kevin Durant for an undetermined timeframe due to a sprained medial collateral ligament (MCL) .

One thing recent postseason runs have shown is that peaking at the right time is at least as important if not more than seeding during that time. Last year’s conference finals featured the No. 2 and No. 4 seeds in the West, plus the No. 3 and No. 5 seeds in the East. The season before that, a No. 5 seed in Miami made the NBA Finals. In 2018, James took fourth-seeded Cleveland to the title series. 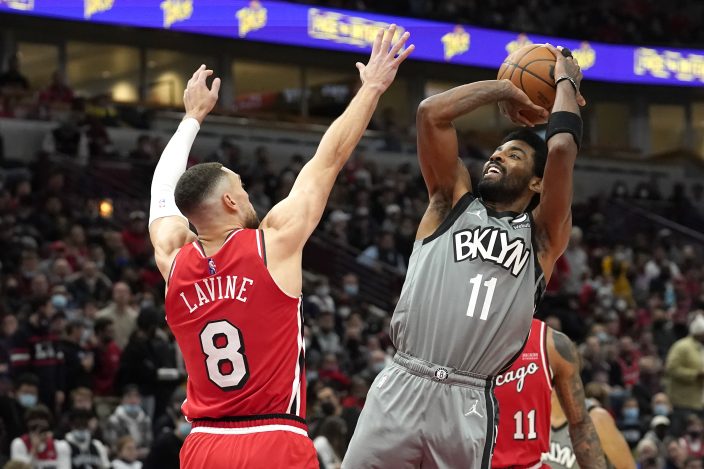 So even if teams like the Nuggets or the Clippers might not have their desired seed come playoff time, it’s certain either of those teams would happily exchange a chance to open a series at home for having stars like Murray — maybe even Michael Porter Jr.? —or Leonard back and ready to go.

“One day at a time is really a mantra that we have to live by,” Malone said.

Malone and his staff recently discussed how this season just might be even more challenging than the two before.

Granted, the bubble playoffs were difficult with the long isolation.

And last season was a challenge in navigating all the protocols.

But this season — which reached the halfway point — may be next-level complex and filled with more uncertainty. About the time a team finds some consistency or rhythm, a key player(s) — or coach(es) — enters the league's health and safety protocols.

The Clippers remain another team currently in a play-in spot in the West. A return of Paul George and possibly Leonard could be the boost they need to return to the conference finals.

Or they might just become sellers at the trade deadline.

In Portland, Blazers first-year coach Chauncey Billups has had quite an initiation. He's dealt with big injury after big injury, including dynamic guards Damian Lillard (surgery to treat an abdominal injury) and CJ McCollum (collapsed lung).

“This year has been unbelievable,” said Billups, who saw McCollum return in Monday's win over Orlando as the Blazers remain 10th in the West. “It’s just been crazy. ... But it’s making me a better coach."

Inevitably, there will be frustration, like after the Lakers lost 133-96 to the Nuggets over the weekend. Lakers great and Hall of Famer Magic Johnson sounded off on social media: ”... we as (at)Lakers fans can accept being outplayed but we deserve more than a lack of effort and no sense of urgency. Owner (at)JeanieBuss, you deserve better.”

Guard Russell Westbrook was asked about Johnson's assessment in what’s been a Lakers season littered with injuries, including Davis being sidelined since mid-December due to a sprained ligament in his left knee.

“Everybody’s entitled in this world to their opinion, regardless of what that is,” Westbrook said, adding that Johnson is not around the team every day. "He's not aware of kind of what’s going on internally with us and trying to figure things out.”

The Lakers are not alone in navigating their next steps.

“It’s like a crap shoot every single night,” Billups said. “Everybody is dealing with this stuff. Every team. If it’s not COVID, then it’s injuries. I mean everybody."

Bottom line for fans and teams alike: Just hang on and hang in.