Charlie Cytron-Walker, rabbi of Congregation Beth Israel, center, makes a statement to the media after a service at White's Chapel United Methodist Church in Southlake, Texas, Monday, Jan. 17, 2022. The church held a healing service for congregants and members of the community after Saturday's standoff at the synagogue. (Rebecca SlezakThe Dallas Morning News via AP)

TARNISHED-GOLD-BRAZIL-DIVISIONS — Very little of the money from illegal mining on Indigenous lands in Brazil go to locals. After a 2020 raid on the Raposa Serra do Sol reserve, Federal Police in Roraima state found just 4% went to local communities. A quarter goes to the owners of equipment used to extract the gold, the rest to miners. By Sam Cowie. SENT: 1,370 words, photos.

THE-AP-INTERVIEW-BEIJING-AI-WEIWEI — Ai Weiwei is one of China's most famous artists. He helped design Beijing's Bird's Nest stadium for the 2008 Olympics. It will be the venue for the opening ceremony next month at the Beijing Winter Olympics. He was jailed in Beijing in 2011 and now lives in exile in Portugal and has been an unrelenting critic of the Chinese Communist Party. By Sports Writer Stephen Wade. SENT: 1,190 words, photos. 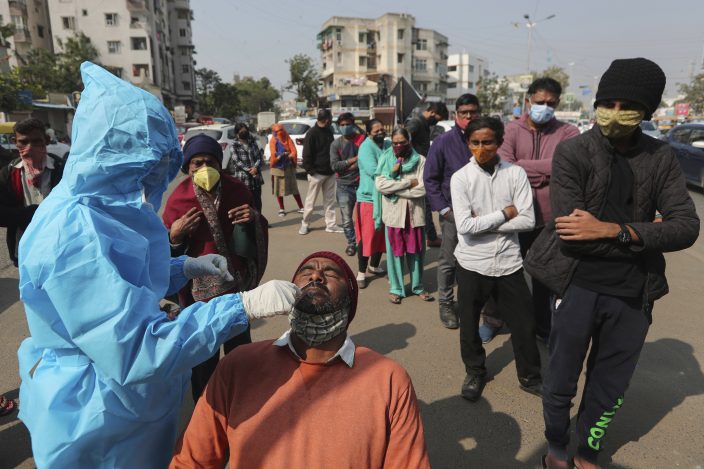 A health worker takes a swab sample of a man to test for COVID-19 as others wait to get tested in Ahmedabad, India, Monday, Jan. 17, 2022. (AP PhotoAjit Solanki) 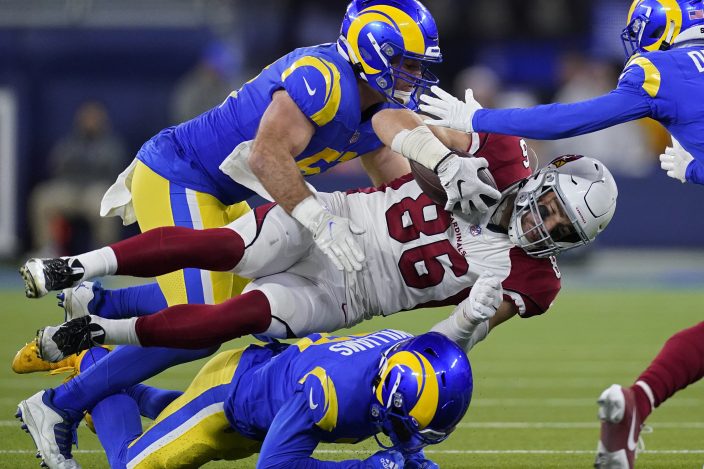 BIDEN-ONE YEAR-SHORT TAKES — President Joe Biden was seen by voters as one who could restore a sense of normalcy and a reassuring tone to the White House. He found out, as all his predecessors have, that events beyond his control would shape his time in office and the public’s assessment of him. Some takeaways from the AP’s White House team on Biden’s first year as president. SENT: 1,580 words, photos.

CLIMATE CHANGE-STATES — As many U.S. states attempt to go carbon-free for their energy use, a big question hangs over their plans: Will they be able to keep the lights on if they transition to 100% renewable energy? Many states have decided that wind, solar, water and other forms of alternative energy won’t be enough to replace coal- and natural gas-fired power plants and have begun incorporating nuclear power into their strategies. By Jennifer McDermott. SENT: 1,990 words. photos. An abridged version of 960 words is also available. With CLIMATE CHANGE-NUCLEAR TOWN — In tiny Wyoming town, Bill Gates bets big on nuclear power.

KOREAS-TENSIONS-ANALYSIS — Grappling with pandemic difficulties and U.S.-led sanctions over his nuclear ambitions, North Korean leader Kim Jong Un could be reviving his 2017 playbook of nuclear and missile brinkmanship to wrest concessions from Washington and his neighbors. By Kim Tong-Hyung. SENT: 1,100 words, photos. With KOREAS-TENSIONS — North Korea: Tactical guided missiles fired in latest test. 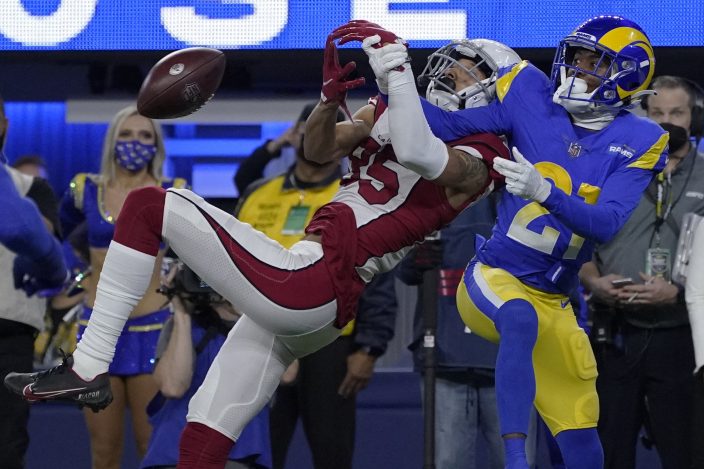 TEXAS SYNAGOGUE-STANDOFF — An armed man who took four people hostage during a 10-hour standoff at a Texas synagogue had spent time in area homeless shelters in the two weeks leading up to the attack, and was dropped off at one by someone he appeared to know. By Jamie Stengle, Jake Bleiberg and Eric Tucker. SENT: 1,080 words, photos, videos.

AFGHANISTAN-DECLASSIFIED REPORT — A year-old report by Washington’s Afghanistan watchdog has now been declassified and shows that it warned back in early 2021 that the Afghan air force would collapse without critical U.S. aid and training. That was months before Biden announced the end to America’s longest war. The report offers stark warnings about the capabilities of Afghanistan’s air force to survive in a post-U.S. Afghanistan, saying it would not be able to maintain the aircraft it possessed or train a new generation. By Kathy Gannon. SENT: 740 words, photos. 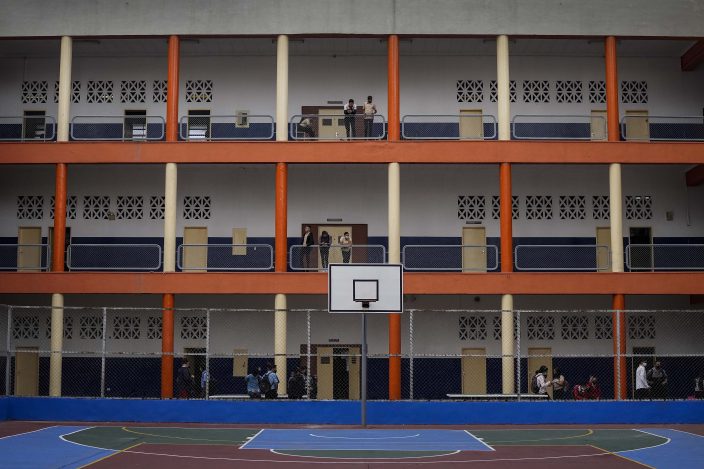 Students take a break on their first day back to in-person learning amid the COVID-19 pandemic at the Andres Bello public school in Caracas, Venezuela, Monday, Jan. 17, 2022. Students across Venezuela returned to in-person school starting last semester, but this school is returning now for the first time due to repairs last semester. (AP PhotoMatias Delacroix)

Priest Cesar Magana, center, blesses animals and their owners during the feast of St. Anthony, Spain's patron saint of animals, in Pamplona, northern Spain, Monday, Jan. 17, 2022. The feast is celebrated each year in many parts of Spain and people bring their pets to churches to be blessed. (AP PhotoAlvaro Barrientos)

People wait with their pets to be blessed during the feast of St. Anthony, Spain's patron saint of animals, in Pamplona, northern Spain, Monday, Jan. 17, 2022. The feast is celebrated each year in many parts of Spain and people bring their pets to churches to be blessed. (AP PhotoAlvaro Barrientos)

VIRUS OUTBREAK-JAPAN — Japan’s government is preparing social restrictions in Tokyo and other regions as the omicron variant of the coronavirus infects more people. SENT: 360 words, photos.

VIRUS-OUTBREAK-AUSTRALIA — Australia reported a record high of COVID-19 deaths, and its second-largest state declared an emergency in hospitals to cope with surging patient admissions and a staffing shortage due to the coronavirus. SENT: 310 words, photo.

VIRUS OUTBREAK-HONG KONG — Hong Kong police arrested two former flight attendants for allegedly leaving their homes when they should have been in isolation for possible coronavirus infections, which were later confirmed. SENT: 240 words, photo.

TONGA-VOLCANO ERUPTION — Thick ash on an airport runway was delaying aid deliveries to the Pacific island nation of Tonga, where significant damage was being reported days after a huge undersea volcanic eruption and tsunami. SENT: 770 words, photos, video. With PERU-OIL SPILL-TONGA — Waves from eruption in Tonga cause oil spill in Peru.

EMIRATES-PERSIAN GULF-TENSIONS — Satellite photos obtained by The Associated Press appear to show the aftermath of a fatal attack on an oil facility in the capital of the United Arab Emirates claimed by Yemen’s Houthi rebels. SENT: 770 words, photos.

ABORTION-TEXAS — Texas’ ban on most abortions is likely to stay in effect for the foreseeable future, opponents fighting the law say, after a federal appeals court ruled against sending the case back to only judge who has ever blocked the restrictions. SENT: 370 words.

PHILANTHROPY-BLOOMBERG-MAYORS — Bloomberg Philanthropies is supporting the innovative solutions of 15 cities to try to get others to use them as blueprints to battle the world’s urban problems. By Business Writer Glenn Gamboa. SENT: 790 words, photos.

FINANCIAL MARKETS — Asian shares were mostly lower following a national holiday in the U.S, while oil prices surged following an attack on an oil facility in the capital of the United Arab Emirates that killed at least three people. By Business Writer By Yuri Kageyama. SENT: 520 words, photos.

CARDINALS-RAMS — Matthew Stafford passed for 202 yards and two touchdowns in his first playoff victory and the Los Angeles Rams roared out of the wild-card round with a 34-11 win over the Arizona Cardinals. By Sports Writer Greg Beacham. SENT: 990 words, photos.

NBA AT 75-1980S-ERVING'S PERSPECTIVE — Hall of Famer Julius Erving says the commercial success he and other NBA players enjoyed in the 1980s didn't just happen. He gives credit to his predecessors like Bill Russell, Oscar Robertson and Jerry West. SENT: 740 words, photos.