Just about every schoolyard in England echoes with a semi-heated debate about which Premier League soccer team is better.

This month, with the African Cup of Nations underway in Cameroon, many students in London have plenty more to argue about.

Nathan Williams, though, didn’t have to search long among the 24 teams at the tournament to pick his favorite. He’s originally from Ghana, and that’s who he is hoping will win the title in Yaounde on Feb. 6. 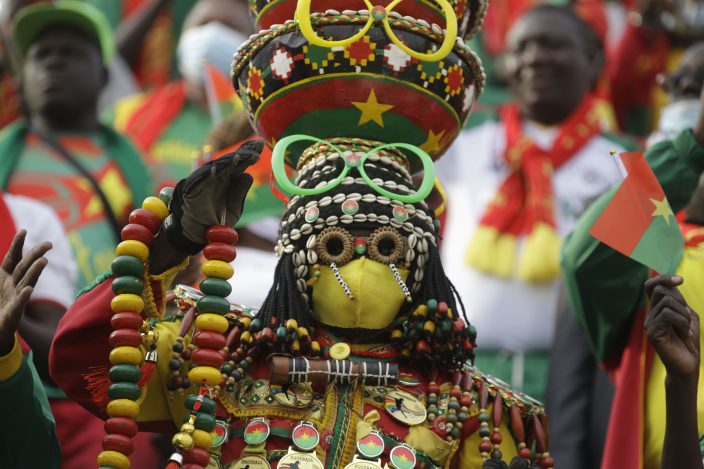 A Burkina Faso fan before the African Cup of Nations 2022 group A soccer match between Burkina Faso and Ethiopia at the Kouekong Stadium, Bafoussam, Cameroon, Monday, Jan. 17, 2022. (AP PhotoSunday Alamba)

“It’s just the same when everyone here was supporting England last summer,” said Williams, a 17-year-old student from west London, referring to last year's European Championship. “Ghana’s my country and I’m going to follow them, support them and watch their games.”

The African Cup, which is always a cause of concern for European clubs because they lose some of their best players in the middle of the season, was delayed a year because of the coronavirus. It's now dealing with the spread of the omicron variant of the coronavirus. Only fully vaccinated fans with proof of negative virus tests will be allowed to watch games at the six host venues in five cities.

In Britain and other countries, the games are being shown live on television, making it easy for the students in London — a city renowned for its diversity and multiculturalism — to follow along with the tournament. 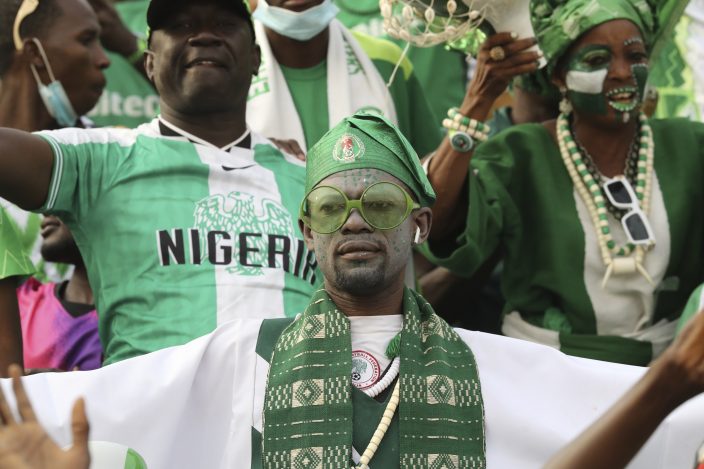 “The last tournaments were so hard to watch so I’d usually just check score updates,” said 18-year-old student Philmon Teklemichael, who lives in south London and is supporting Ethiopia at the tournament. “This year, I just have to flick on my TV and it’s right there. It’s great.”

The expanded tournament, now with 24 teams instead of 16, has led to even more people taking interest. But you don’t have to have ties to Africa to watch.

“I never really followed it before, but now I’ve found myself watching it,” said Kliz Christy Reginold, who is originally from Sri Lanka but now lives in west London. “Several of my friends were watching it and I got interested.”

As for choosing a team, well, everyone has their own reasons.

“I’m supporting Nigeria, mostly to annoy my friend, who’s Ghanaian,” Reginold said. “You’ve got to have a team to support.”

Along with her students, religious education teacher Niamh Mcilduff is also keeping an eye on the African tournament. She has chosen to support Nigeria because, like her home country of Ireland, they have St. Patrick as a patron saint.

“I want to be involved,” Mcilduff said, “so if I’m going to chose anyone, I have to be able to relate to them.”