The Indiana Pacers expect center Myles Turner to miss at least the next two weeks with an injured left foot.

Team officials announced Tuesday that the 6-foot-11 Turner was examined by multiple specialists who diagnosed him with a “stress reaction.” Turner will get treatment and be re-evaluated in two weeks, the Pacers said.

He has been one of the league’s top shot-blockers since the Pacers selected him in the first round of the 2015 draft, winning last season's blocks title. This season, Turner was averaging 12.9 points, 7.1 rebounds and 2.8 blocks in 42 games. 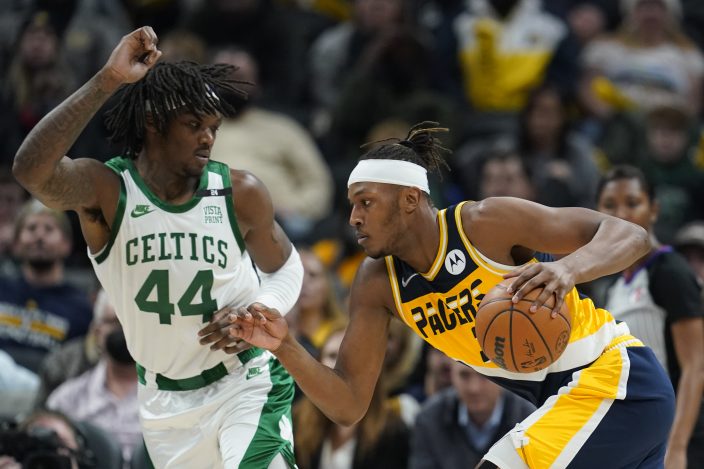 He missed Monday's game against the Los Angeles Clippers with what the team described as a sore left foot and ankle.

Turner also has been rumored to be on the trading bloc for several years. This year's NBA trade deadline is Feb. 10.