The Knicks got a strong game from Kemba Walker in his return from a nine-game absence with a sore left knee and nursed a lead for most of the fourth quarter.

But the Timberwolves rallied and then held on when Alec Burks missed a 3-pointer that would have won it for New York. 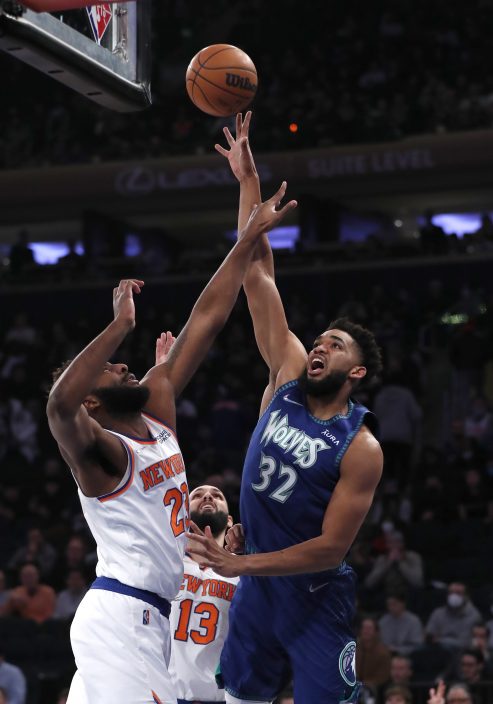 Anthony Edwards scored 21 points and Towns had 20 for the Wolves, who won for the sixth time in eight games to level their record at 22-22. D'Angelo Russell added 17 points.

Evan Fournier scored 27 points and Julius Randle had 21 for the Knicks, who lost for the second straight day and dipped back below .500 at 22-23. Walker scored 17 of his 19 points in the second half. 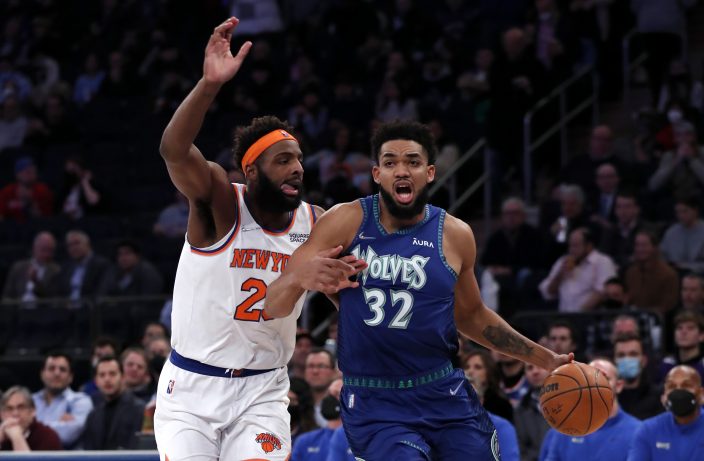 But the Wolves didn't allow another basket and got the ball back for the pivotal possession after an instant replay review overturned a call and ruled the ball out of bounds off the Knicks with 48 seconds left. Towns made a strong move and score while being fouled by Randle, making it 111-109.

Randle was fouled on the other end but made only one free throw, leaving Minnesota ahead by one. Patrick Beverley made one free throw with 19 seconds left and that was it for the scoring.

Towns scored 11 points in the first tquarter, heleping Minnesota take a 30-23 lead. The Wolves pushed their lead to 12 in the second quarter before taking a 61-51 lead to the break. 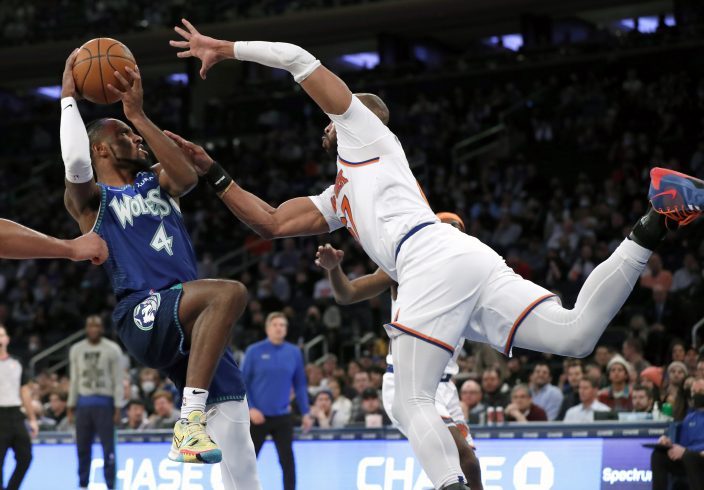 Timberwolves: jaylen Norwell scored 14 points. ... The Wolves, who lead the NBA in turnovers forced, forced the Knicks into 18.

With Walker's return and rookie Quentin Grimes getting regular rotation minutes lately, the Knicks have plenty of players vying for backcourt minutes. Coach Tom Thibodeau said that would be sorted out step by step.

“You earn your minutes here with what you do in practice and then you have to wait for your opportunity,” he said. “When your opportunity comes, be ready to go. But as I mentioned to you guys before, there’s a finite amount of minutes. There’s 240 minutes. So the guys who are performing well and get the job done, they’re in there.”