It cited figures obtained from the country's 16 states showing more than 12,000 police investigations have been opened nationwide.

Dpa reported that the number of probes surged in December, after authorities announced new restrictions that largely locked unvaccinated people out of public life. 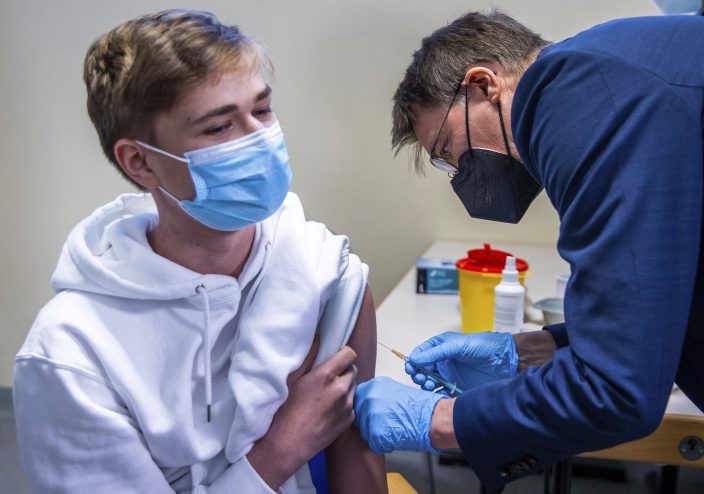 German Minister of Health Karl Lauterbach, right, administers an injection with the Pfizer vaccine to man at a vaccination center in the Sports and Congress Hall in Schwerin, Germany, Monday, Jan. 17, 2022. ( Jens BuettnerPool via AP)

Those who supply or use fake certificates could face severe penalties, from fines and suspended prison sentences to losing their jobs.

Prosecutors have opened a manslaughter investigation in one case after a woman used a fake vaccine certificate to continue working at a nursing home, despite having family members ill with COVID-19 at home.

Germany's parliament is expected to begin debating a universal vaccine mandate in the coming months, though government officials acknowledge the measure is unlikely to take effect for several months. 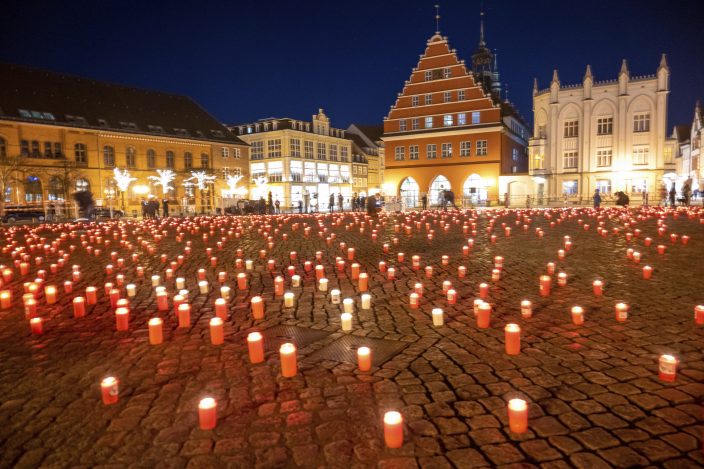 People light about 1,500 candles in memory of those who have died from coronavirus and COVID-19 disease infection in the German Northeast region at the market place in Greifswald, Germany, Monday, Jan. 17, 2022. (Stefan Sauerdpa via AP)

Almost 73% of the German population have received a full course of vaccines against COVID-19, while nearly 48 % have had an additional booster shot.