The lights may be dim at the Eccles Theater and Park City's Main Street will have fewer cinephiles packing the snowy sidewalks when the Sundance Film Festival begins its 44th edition Thursday night. But if 2021 proved anything, it's that the world's premier independent film festival is more than its ski town locale.

This year Sundance is back online and armed with nine days of high profile documentaries about everyone from Kanye West and Princess Diana to Lucille Ball and Bill Cosby, buzzy first films from knowns and unknowns, virtual gatherings and filmmaker Q&As. The festival had planned to return to the mountains this year, but two weeks before thousands were set to gather in Park City, Utah, organizers decided to pivot i nstead of canceling or postponing, as many have done amid the omicron surge.

The experience of 2021 taught the programmers that not only could they run a successful festival online, but that films could still break through even when filmmakers, audiences, buyers, sellers and press weren’t all in the same physical place. Several films that premiered last year are in the awards conversation (from “ Summer of Soul ” to “ Passing ”). The festival also boasted a record acquisition too (Apple TV+ paid $25 million for the heartwarming “ CODA ”). The price was at least partially fueled by streamers needing fresh entertainment — a demand that has only intensified during the pandemic. 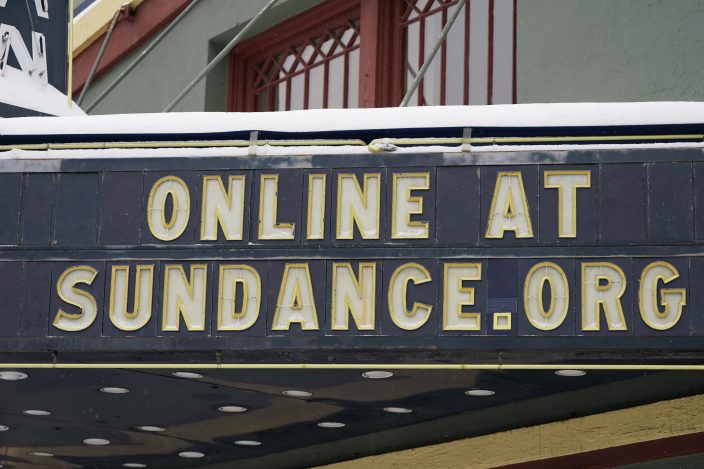 FILE - The marquee of the Egyptian Theatre appears in Park City, Utah on Jan. 28, 2021. The Sundance Film Festival is cancelling its in-person festival and reverting to an entirely virtual edition due to the current coronavirus surge. Festival organizers announced Wednesday, Jan 5, 2022, that the festival will start as scheduled on Jan. 20, but will shift online. Last year's Sundance was also held virtually because of the pandemic. (AP PhotoRick Bowmer, File)

And this year the festival’s programming is as robust as ever, with dozens of conversation-starting films.

Opening night selections Thursday include “ Emergency,” a darkly comedic look at issues like race and assault, as well as Eva Longoria’s documentary “ La Guerra Civil,” about Oscar De La Hoya and Julio César Chávez's 1996 fight and the questions of identity it raised for many Mexican Americans.

“That fight really divided the Mexican community in the United States,” Longoria said. “It divided households." 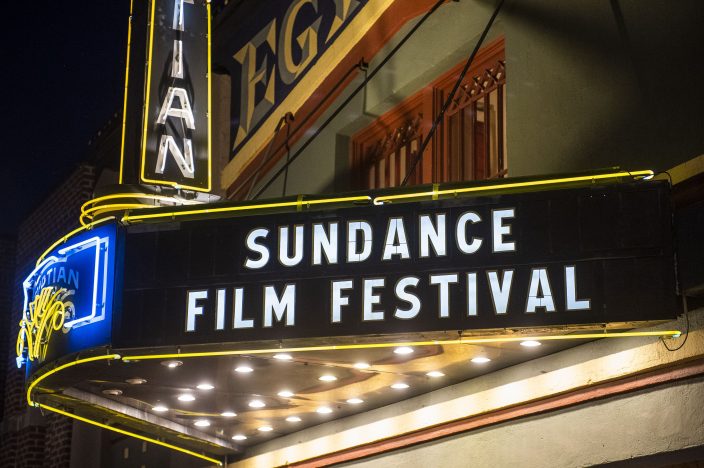 FILE - The marquee of the Egyptian Theatre appears during the Sundance Film Festival in Park City, Utah on Jan. 28, 2020. The Sundance Film Festival is cancelling its in-person festival and reverting to an entirely virtual edition due to the current coronavirus surge. Festival organizers announced Wednesday, Jan 5, 2022, that the festival will start as scheduled on Jan. 20, but will shift online. Last year's Sundance was also held virtually because of the pandemic. (Photo by Arthur MolaInvisionAP, File)

For some, it’s a chance to get buzz before release. The Kanye West docuseries “ jeen-yuhs: A Kanye Trilogy ” is debuting at the festival before Part 1 hits Netflix on Feb. 16 (with the other two parts coming over the next two weeks). The festival will also host the premiere of W. Kamau Bell’s “ We Need to Talk About Cosby," which will be on Showtime later, and the first part of “ Phoenix Rising,” about Evan Rachel Wood’s journey to naming her alleged abuser, Marilyn Manson, before its HBO launch.

Some have already made a splash at other festivals, like Audrey Diwan’s “ Happening,” a French drama about a college student seeking an abortion in the 1960s which won the Golden Lion at the Venice Film Festival.

But most others are looking for a spotlight and distribution. Sundance has always prided itself on being a discovery festival and has helped jumpstart many filmmaking careers, from Steven Sodebergh's to Ryan Coogler's.

“ 892,” from first-time filmmaker Abi Damaris Corbin is based on a story of a former Marine who holds up a bank. It is one of the higher profile acquisition titles with John Boyega in the lead, with support from the late Michael K. Williams. Boyega said he was in tears reading the script.

“I just thought this story needs to be told,” Boyega said.

In another hot title, “ Watcher, ” Maika Monroe plays an American who has just relocated to Romania and begins to suspect she’s being stalked. Director Chloe Okuno’s atmospheric thriller captures a familiar experience for women, and counts films like “Lost in Translation" and “Perfect Blue” as stylistic influences.

“Sundance for a lot of independent filmmakers is the dream,” Okuno said. “It’s what you’re working towards.”

Others have eagerly awaited follow-ups, like Lena Dunham’s “ Sharp Stick ” about a 20-something (Kristine Froseth) living in Los Angeles and Cooper Raiff’s “ Cha Cha Real Smooth, ” in which he stars opposite Dakota Johnson.

There are many debuts from known names too, like Tig Notaro who alongside spouse Stephanie Allynne directs “ AM I OK? ” about two best friends played by Dakota Johnson and Sonoya Mizuno. Ramin Bahrani has the documentary “ 2nd Chance,” a lively and incisive look at the man who invented the modern bulletproof vest. And “Carol” screenwriter Phillys Nagy directs Elizabeth Banks and Sigourney Weaver in “ Call Jane,” one of two films at the festival about the Jane Collective, an underground group in Chicago that carried out abortions in the early 1970s.

As always, pressing social issues are explored in myriad ways and can pop up in genre fare, like Krystin Ver Linden's “ Alice,” starring Keke Palmer as an enslaved woman who discovers it's actually 1973, and more straightforward documentaries, like Paula Eiselt and Tonya Lewis Lee's “ Aftershock,” a moving look at the maternal health crisis and its disproportionate impact on Black women.

Still, it's a bittersweet moment for many, especially filmmakers early in their careers who looked forward to the energy of an in-person gathering.

“I think I was numb to it at first. Over the last few days, I started to feel it a little bit more,” Okuno said. “Obviously, it’s very disappointing for any filmmaker. At the same time, I completely understand.”

One film, “Final Cut,” from “The Artist” director Michel Hazanavicius, even pulled out of the festival when it switched to the online format.

But Jackson learned last year that the festival can be just as rewarding online.

“There’s nothing virtual about the feelings of the filmmakers, the excitement of the audience and the impact of the work,” Jackson said.

Though many individual films are already sold out, there are also still many options available to film fans and Sundance-curious audiences for whom Park City was never an option. Jackson recommends the Explorer Pass, which she describes as a microcosm of the festival.

“Festivals allow us to elevate voices and perspectives that may not be what the marketplace is looking for, but certainly once the work is seen, then the marketplace expands to accommodate them, and that’s what we’ve seen throughout the history,” Jackson said. “Being there first and helping to support these voices and these perspectives and people speaking truth to power, that’s what a ticket does: It’s an investment in this incredible freedom of creative expression.”