Some TV characters have lofty goals. They want to find a soul mate, a fulfilling career or their place in the world. Then there's Harrison. When we first meet him, he just hopes to walk to the coffee shop alone.

Harrison — played by Albert Rutecki — is one of the characters in the new Amazon Prime ensemble series “As We See It,” which follows a trio of young people on the autism spectrum as they negotiate daily life. It debuts Friday.

“I see it mainly as a coming of age or coming to adulthood of several 20-something characters,” Rutecki said. “It has three main characters who are on the spectrum, but I think it could definitely be relatable to a lot of people more than just those who are autistic.” 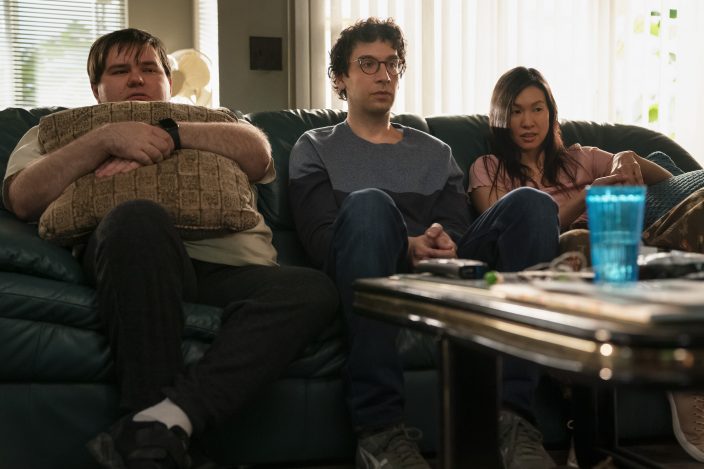 Albert Rutecki, from left, Rick Glassman and Sue Ann Pien in a scene from the new Amazon Prime ensemble series “As We See It,” which follows three young people on the autism spectrum as they negotiate daily life. (Ali GoldsteinAmazon via AP)

Harrison, who is sensitive to loud sounds like dogs barking and frazzled by sudden movements, is joined by Violet (Sue Ann Pien) and Jack (Rick Glassman). Violet works at an Arby's and wants a boyfriend, while Jack is a computer coding whiz but has difficulty editing himself (He once bluntly tells his boss that he's an idiot.)

The show is created by Jason Katims, best-known for “Friday Night Lights” and “Parenthood.” It is based on the 2018 Israeli series “On the Spectrum” and informed by Katims' own son, who has autism.

“One of the things that was really, really important to me about the story was that we approached it with this utter respect for all of the characters in the shows and, in particular, the characters that are neurodiverse,” he says. 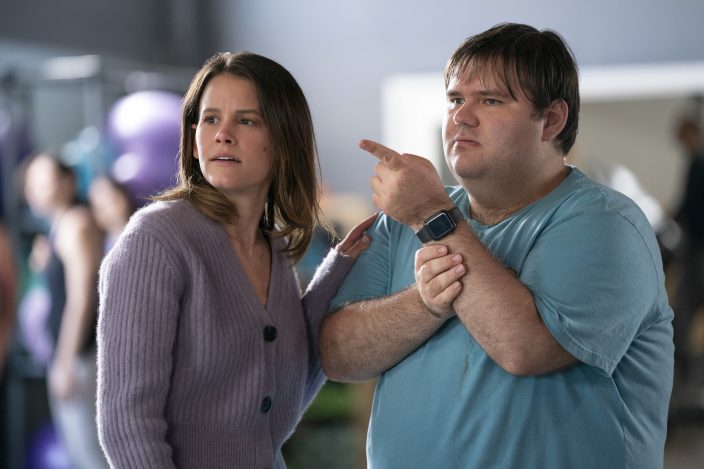 This image released by Amazon shows Sosie Bacon, left, and Albert Rutecki in a scene from the new Amazon Prime ensemble series “As We See It,” which follows three young people on the autism spectrum as they negotiate daily life. (Ali GoldsteinAmazon via AP)

“It was our intention from the beginning to never be laughing at anybody in the show but be laughing with them.”

The three roommates — all actors who identify on the spectrum — are looked after by an neurotypical aide called Mandy, played by Sosie Bacon, who conducts group meetings with the three and helps them meet goals, like navigating their world online or just cheerleading as they walk to the coffee shop alone for a croissant. Mandy is also making her way in life, causing her own messes and making mistakes.

Bacon was drawn to the show in large part because of Katims' writing. “He has this ability to sort of be very sincere and very sweet and then all of the sudden, just crack you up.” 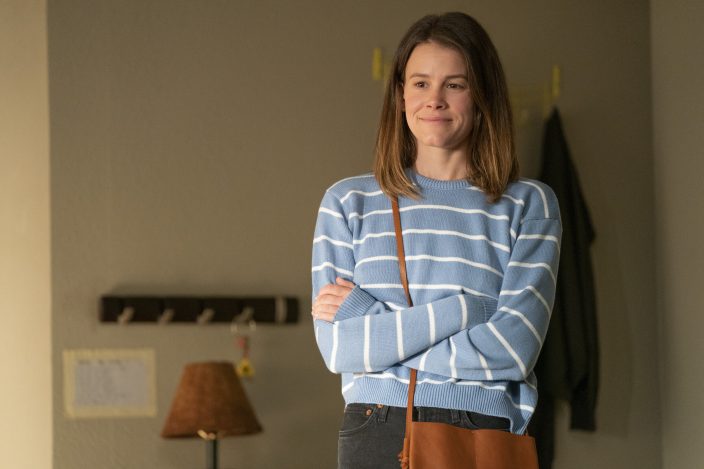 Sosie Bacon appears in a scene from the new Amazon Prime ensemble series “As We See It,” which follows three young people on the autism spectrum as they negotiate daily life. (Ali GoldsteinAmazon via AP)

According to the Centers for Disease Control and Prevention, autism affects an estimated 1 in 44 children in the United States today. Bacon, as she studied for the role, said she learned a lot from the community, including a refreshing brutal honesty.

“We as neurotypical people often have all of these blocks that prevent us from being honest. We don’t want to hurt somebody’s feelings or we have an ego,” she says.

“I feel there’s a directness that I learned that was actually wonderful and that I would like to emulate in my own life because I spend a lot of time overthinking the things that I say and do.”

Katims was spurred to explore the world of young adults with autism in part because he learned that over 80% of college graduates who on the spectrum are unemployed.

“The world needs to have a better understanding of this population that brings so much to the table,” he says. “We can do a little part in changing the narrative of how we look at people who are on the spectrum.”

For his part, Rutecki welcomes the attention the show gives to the diversity of people on the spectrum. Often if Hollywood tries to depict autism, it's usually a single, minor character. While “As We See It” doesn't come close to describing all the complexities of autism, it at least tries.

Visibility is one thing, but neurotypical viewers will also get to see how they can make life more comfortable for those on the spectrum and understand better how to accommodate people who are different.

“I think it’s really good that Hollywood is being more mindful of representation and in the way they portray things,” says Rutecki. “And, keep in mind, that there are disabled actors out there that are just like trying to get a part. We can do this. Give us a chance.”