The Latest on Thursday at the Australian Open tennis tournament (all times local): 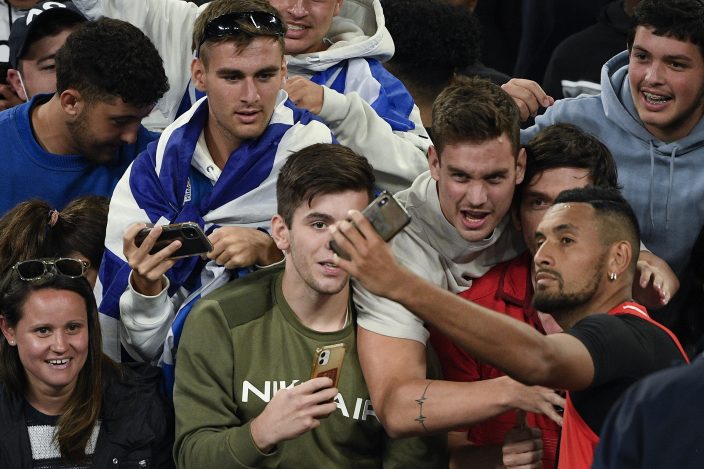 Nick Kyrgios of Australia takes a selfie with the crowd after defeating Liam Broady of Britain in their first round match at the Australian Open tennis championships in Melbourne, Australia, Tuesday, Jan. 18, 2022. (AP PhotoAndy Brownbill)

Muguruza was the runner-up at the 2020 Australian Open and is seeded third this year.

Among the other top women slated to play Thursday are second-seeded Aryna Sabalenka and reigning U.S. Open champion Emma Raducanu.

Also on the schedule is three-time major champion Andy Murray, who seemed destined to retire after losing at the 2019 Australian Open but resumed his career after getting an artificial hip.

Murray's five-set victory in the first round was his first win at Melbourne Park since 2017 and he now goes up against Japanese qualifier Taro Daniel.