Both AC Milan and Juventus have recent bad memories of San Siro ahead of their eagerly-anticipated Serie A match at the iconic stadium on Sunday.

Juventus lost the Italian Super Cup to Inter Milan last week, when Alexis Sánchez scored the winner with the last kick of the match at the end of extra time.

Milan’s last match at its home stadium was on Monday when a refereeing error cost it dearly in a dispiriting 2-1 loss to relegation-threatened Spezia. 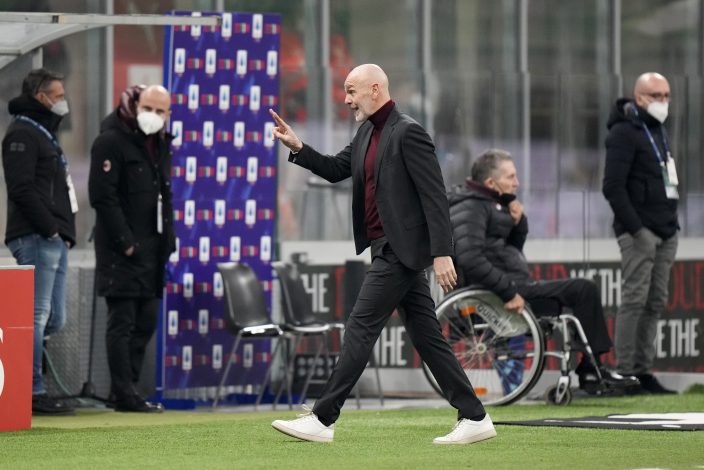 “It’s hard to lose like that. It’s a missed chance that no one wanted, we’ve missed an opportunity,” Milan coach Stefano Pioli said. “Unfortunately we didn’t manage to bring home the win, but now we’ll think of the next matches.

“The season is still long, everyone can have an off day. It’s good for us that now we have two difficult matches because that will give us great motivation and we’ll find the strength to bounce back.”

Milan could have moved above league leader Inter Milan with a win but Spezia scored in stoppage-time shortly after a potential winner from Junior Messias was disallowed for Milan because the referee whistled a foul on Rossoneri forward Ante Rebić in the buildup, just as Rebić was passing the ball to Messias. Referee Marco Serra apologized. 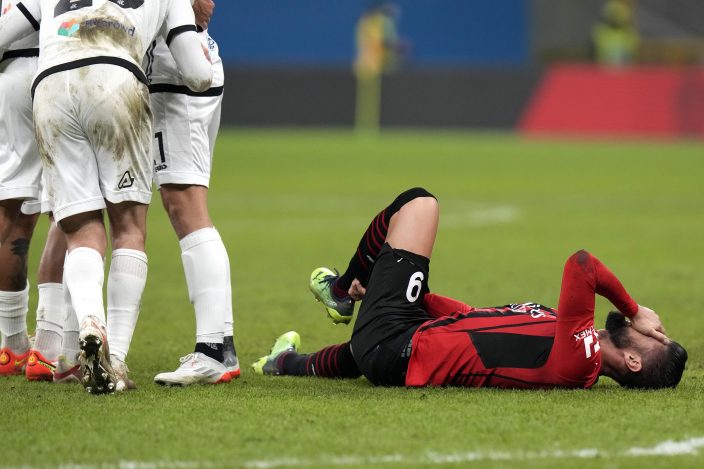 AC Milan's Olivier Giroud reacts as Spezia players celebrate a goal from their teammate Emmanuel Gyasi during a Serie A soccer match between AC Milan and Spezia, at the San Siro stadium in Milan, Italy, Monday, Jan.17, 2022. (AP PhotoLuca Bruno)

Milan now finds itself two points behind Inter, which it plays the following weekend. Defeat to Juventus could see Milan head into the derby five points behind its bitter rival and having played a match more. Inter hosts relegation-threatened Venezia this Saturday.

Napoli is also only two points behind Milan and plays last-placed Salernitana.

Pioli will be hoping Milan recovers its attacking prowess after uncharacteristically stuttering against Spezia. The Rossoneri missed several opportunities to put the game to bed long before the controversial finale. 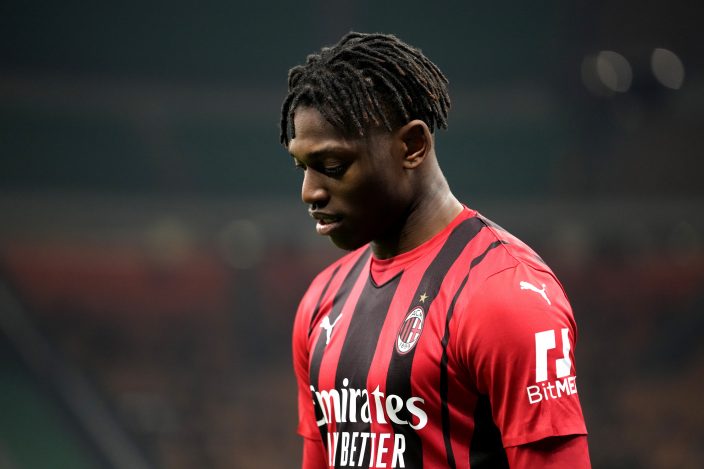 AC Milan's Rafael Leao is seen during a Serie A soccer match between AC Milan and Spezia, at the San Siro stadium in Milan, Italy, Monday, Jan.17, 2022. (AP PhotoLuca Bruno)

Milan has the second best attack in Serie A, having netted 47 times this campaign. Juventus has scored only 34 goals – fewer than any of the top 10 teams in the Italian league, apart from Torino – but there are signs the Bianconeri are beginning to get into their stride after struggling at the beginning of the season under returning coach Massimiliano Allegri.

In the top five European leagues, only Real Madrid has scored as many goals as Juventus in 2022 (12) and Allegri’s last loss in the league was back in November, against Atalanta.

That left Juventus seventh in the league, seven points behind fourth-placed Atalanta and the final Champions League spot. It has now moved to within one point of Atalanta. 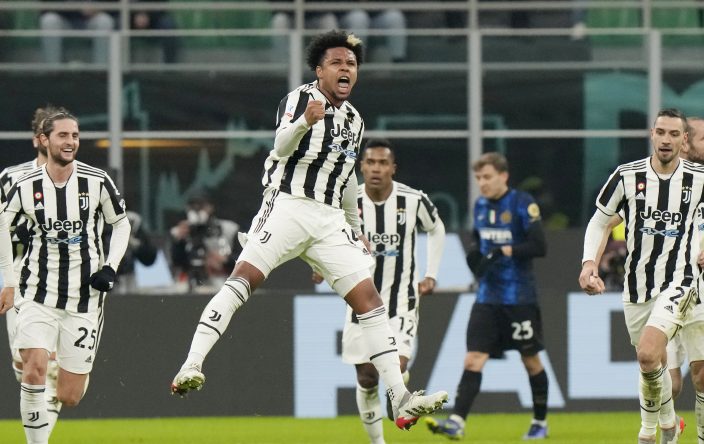 “We are doing well and we have achieved many good results,” Juventus forward Paulo Dybala said. “We are not where we want, but we can get there.”

American midfielder Weston McKennie is also in great form and has scored two goals in as many matches.

McKennie was rested midweek, when Juventus put on one of its best performances of the season to beat Sampdoria 4-1 in the Italian Cup with a dominant and aggressive display.

Juventus' Weston McKennie controls the ball during the Serie A soccer match between Juventus Fc and Udinese at the Allianz Stadium in Turin, Italy, Saturday Jan. 15, 2022. (Fabio FerrariLaPresse via AP)

“We are happy, because we played a “right” game,” Juventus assistant coach Marco Landucci said. “What has changed lately is the attitude, then the results give us confidence.”

Juventus midfielder Juan Cuadrado scored Juve’s opener that night as he continues to show signs of getting back to his best.

“It is important for our forwards to score, it is something that gives us confidence to face what will happen from now on,” he said. “We will have very difficult challenges, but we are finding the right path.” 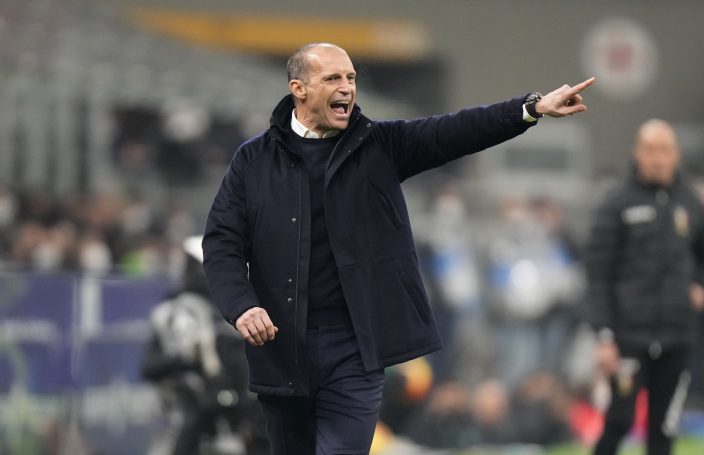 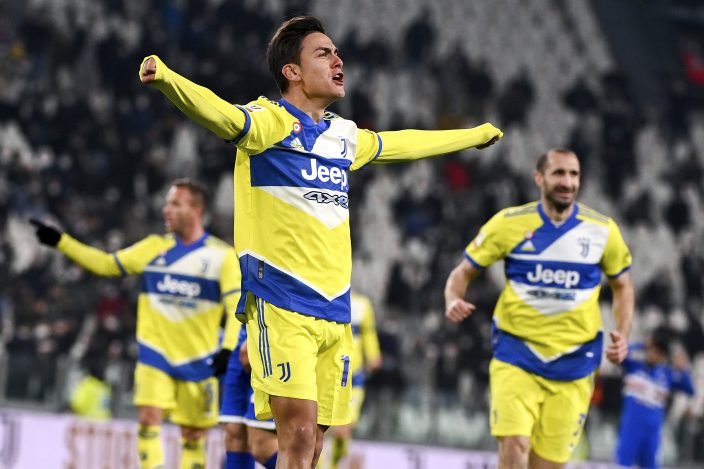 Juventus' Paulo Dybala celebrates after scoring during the Italian Cup, round of 16 soccer match between Juventus and Sampdoria, at the Allianz stadium in Turin, Italy, Tuesday, Jan. 18, 2022. (Marco AlpozziLaPresse via AP) 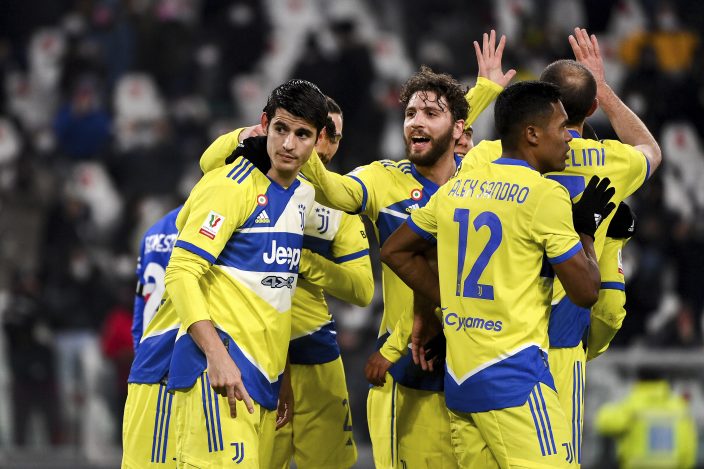 Juventus' Alvaro Morata, left, is congratulated after scoring a goal during the Italian Cup, round of 16 soccer match between Juventus and Sampdoria, at the Allianz stadium in Turin, Italy, Tuesday, Jan. 18, 2022. (Marco AlpozziLaPresse via AP)

Perišić driving Inter Milan forward in Europe and Serie A

Dethroned Juventus hosts Milan with CL hopes on the line