Christina Aguilera doesn't pick up exactly where she left 22 years ago with her Latin Grammy winning Spanish album “Mi Reflejo.” The superstar singer comes full force as a “grown woman and a mother” to showcase her Latino roots in the EP “LA FUERZA”, out Friday. And that is only the beginning.

“It’s something that I wanted to do for a very long time, but to be honest, I really wanted to wait for the right moment," Aguilera said Thursday in an interview from Los Angeles. “When everything slowed down within the last couple of years, I was able to really pause and come back to my priorities and what I’ve been wanting to do.” 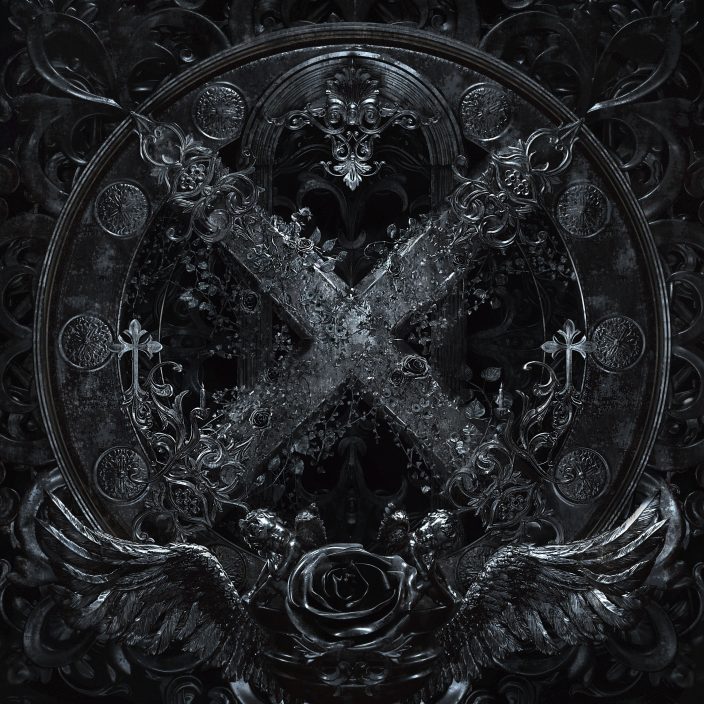 In “LA FUERZA,” Aguilera plays with rhythms that range from reggaeton (in the opener “Ya Llegué”) and Latin/urban fusion, to ballad and guaracha. She even tackles ranchero music in “La Reina”, which she says is a tribute to the recently deceased Vicente Fernández, who famously performed José Alfredo Jiménez's Mexican classic “El Rey.”

In 2020, during the pandemic, the mother of two moved to Miami with her family to work for a month in the studio with other musicians and “finally dive in the way I wanted to, 'cause I wasn’t just gonna do it and receive songs and be done,” she said. “I really fell in love with music all over again.”

Being in a city with one of the biggest U.S. Spanish-speaking populations, where Latin music can be heard everywhere, helped her reconnect with her childhood and inspire her: “It just felt so good getting back to it.” The singer, whose father is Ecuadorian, grew up in a Spanish-speaking household before her parents divorced when she was 6. 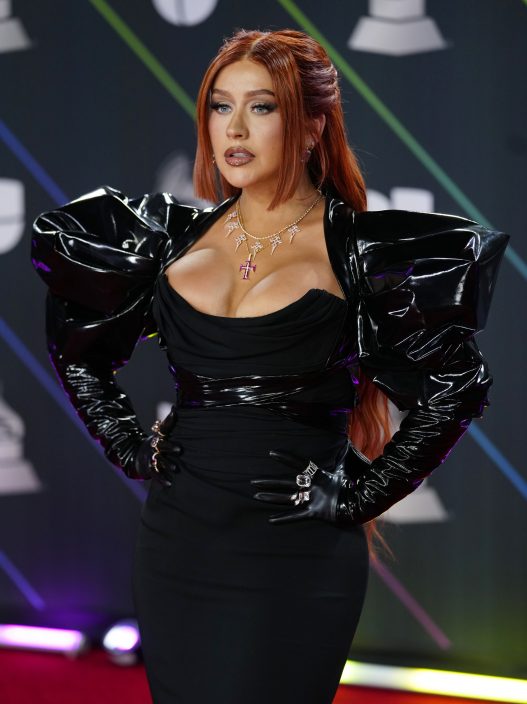 And her Spanish-speaking fans can expect more this year. “LA FUERZA” is the first installment of a trilogy that Aguilera plans to release in 2022.

Aguilera spoke about the experience, being a perfectionist and living without expectation. Answers have been edited for brevity and clarity.

AP: Did motherhood play a role in you wanting to explore a little more your Latino roots at this point?

AGUILERA: Yes, that was also a part of why it was so important for me. You know, I grew up in a Spanish-speaking household ... (but) my kids, I don’t have a Spanish-speaking partner, so they don’t hear it the way I grew up listening to it. This is such a beautiful thing to give them, the experience of music, to be around and see that this is a part of them, this is a part of their background, and this is a part of my childhood sharing with them. The whole experience now, coming full circle from baby Christina with “Mi Reflejo” to now “La Fuerza” as a grown woman, means so much to me to be able to also share that with my children.

AP: You co-wrote all the songs and sing them with perfect pronunciation. How was this process for you?

AGUILERA: I take it very seriously. I’m a super perfectionist when it comes to myself and my work, and I’m very critical, so I take my time, and that’s also why I wanted to be surrounded and inside of it. Miami is such a hotbed of incredible talent from all over the world and again, the Latin music is undeniable, there’s nothing like it, and to feel it from the inside out is very important for me. So going there, and when I start hearing it from all angles and everybody is speaking it (laughs) — nobody is speaking English — you catch up very quickly and many things are remembered from being a kid. It’s like a second nature whenever I am around it and whenever I’m singing it. And not to say it’s not a challenge not being my first language, but I’m never going to back down from a challenge. I’m never going to take the easy way out either. I definitely have two incredible people that I work with who did help me on honing into the words, and it’s also tricky because every territory has a different way of speaking and different slang, so I really reverted that to the way I heard my father speak it and also keeping it pretty classic.

AP: You cover a variety of genres. Was it important for you to showcase different Latin rhythms?

AGUILERA: I’m not a one-dimensional artist, I’ve always loved exploring different genres in English and to limit yourself also in Latin music — I just am inspired by too many different things to do that. I really wanted to be true to different things that inspire me, and I do love hanging out with my friends and listening to reggaeton and dancing, it makes you feel good. “Santo” with Ozuna is such an incredible embodiment of that, but you know, always honoring the classics. “La Reina” keeps it pretty authentic, is so fun to sort of step into that and also is a tribute to the legend, Vicente (Fernández) “El Rey”.

AP: Tell me about “Santo.” How was it working with Ozuna?

AGUILERA: That was one of the first songs that I actually heard a track for and I was like, “Oh my God, I love this song.” The hook was there. (Puerto Rican singer-songwriter) GALE was one of the writers, she’s a beautiful writer, super poetic. Really tricky with the tongue! I really worked extra on some of those lyrics, you know? (laughs) But I love the song so much! It’s something that you can feel sexy and empowered by. So, after I recorded it, I already got back to L.A. when I got an email that was like, “OK, you have to check your email, there’s a surprise.” And the surprise was Ozuna’s verse (laughs.) I was like, “Oh my God!” I was so excited for him to join the record, and he did his own thing with it. So right after I was done with the girls doing “Pa’ Mis Muchachas,” I went right into “Santo” with Ozuna and we shot the video right there in Vegas after the Latin Grammys. We get to embody this ethereal world of nature, hallucination and twisted darkness, but I’m being hunted by an ex-lover who betrayed me, so (laughs.) It was a really fun video to shoot and the song and the hook is undeniable.

AP: Two decades after “Mi Reflejo,” what are your expectations with “LA FUERZA”?

AGUILERA: No expectations! It’s just a labor of love. I’ve been in this business too long to worry about expecting anything. Anything can always happen! I’ve learned over the years to truly let go of what people think, what people say. I just wanna do things that I love, do things that fans I hope love and appreciate and inspire them. At the end of the day, really make music that I can love and respect and feel proud of and share with my children, that will live on after I’m gone.