Once upon a time there was a film that didn't know what it was. A romantic comedy? Perhaps. A period drama? A fairy tale? A tween fantasy mixed with royal intrigue? No matter. Producers threw a lot of cash at the film and filled it with movie stars. That's why we now have “The King’s Daughter” and all the stars lived happily ever after, counting their money.

January is often where bad films are stashed, but “The King’s Daughter” isn’t just bad, it’s a cloying, cliched mess that’s not worth even the slightest risk of contacting COVID-19 to see in theaters. Another clue? It was shot in 2014 and only released now. That raises confidence levels, huh?

The film is set in 1684 at the Palace at Versailles and yet everyone weirdly has an upper-class English accent and Tom Ford-like outfits. King Louis XIV has found an answer to outsmarting his own mortality: A mermaid. Yes, a mermaid — from the lost city of Atlantis, no less — which has the power of healing. He intends to suck out its life force during a solar eclipse, which everyone knows gives mermaid slaughter an extra zestiness, am I right? 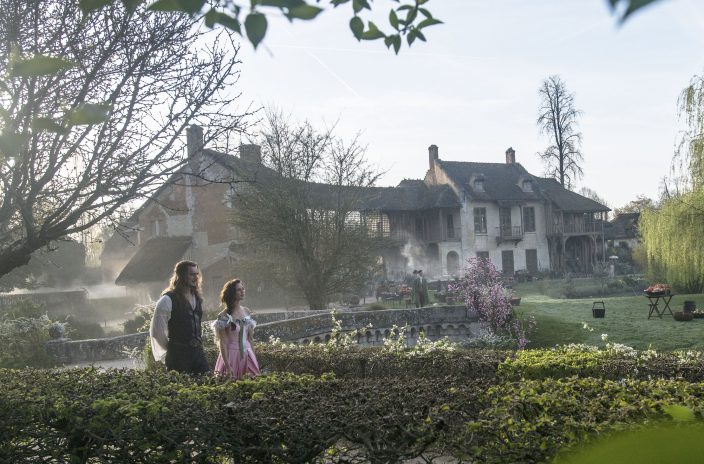 This image released by Gravitas shows Benjamin Walker, left, and Kaya Scodelario in a scene from "The King's Daughter." (Gravitas via AP)

But his plans are complicated by the arrival of his secret, illegitimate daughter, who bonds with the mermaid. She's a fish out of water, too: Locked away in a convent for decades and unfamiliar with the intrigue at court, where everyone looks like they're in a snarky Vogue spread with way too much eye makeup.

Pierce Brosnan plays the randy king with rock star hair, an arch roguishness and a hand always on his hip. Benjamin Walker channels his inner Johnny Depp to play a Jack Sparrow-looking dashing ship captain who falls for the cello-playing king's daughter, played by a breathless Kaya Scodelario, who, appropriately, was in the last “Pirates of the Caribbean” film.

The rest of the cast includes Pablo Schreiber as an overacting scheming royal advisor and William Hurt — seriously William Hurt — as a priest. He doesn't have to get out of neutral to show he's the best actor here, albeit with a terrible movie agent. And Julie Andrews — the real Julie Andrews — has been enlisted as the narrator, thankfully avoiding a deeper career quagmire by avoiding the set altogether. 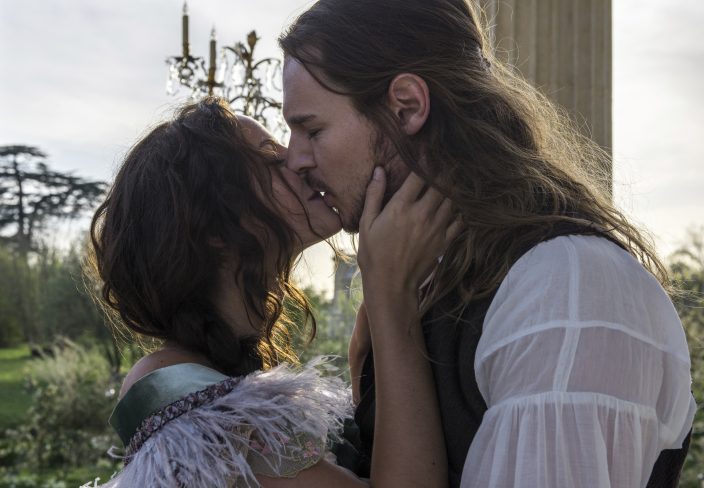 This image released by Gravitas shows Benjamin Walker, right, and Kaya Scodelario in a scene from "The King's Daughter." (Gravitas via AP)

Speaking of the set, director Sean McNamara has gotten access to Versailles and is not subtle about showing it off in golden light — for what feels like hours. (It's “the stuff of dreams,” we are told.) An underground grotto, on the other hand, looks like it was designed by glue-sniffing teenagers.

Overall, it's a weirdly edited film, with scenes choppily ending, slo-mos added for dramatic entrances on horseback, swimming sequences that try really hard to be full of awe, poor fight choreography at the end and an excruciating minuet between father and daughter. The special effects are pretty silly looking, too.

Screenwriters Barry Berman and James Schamus use the kind of stilted, overcooked language that sounds weighty but really paper over a painful dishonesty. “It is Satan’s voice that calls you to the unholy sea,” Rachel Griffiths — another star wasted here — is forced to say as an abbess. Brosnan is unfortunate to get many of the worst lines, from the bombastic “My immortality secures the future of France!” to the banal: “Life is filled with suffering, my child. And you have suffered with such grace.” 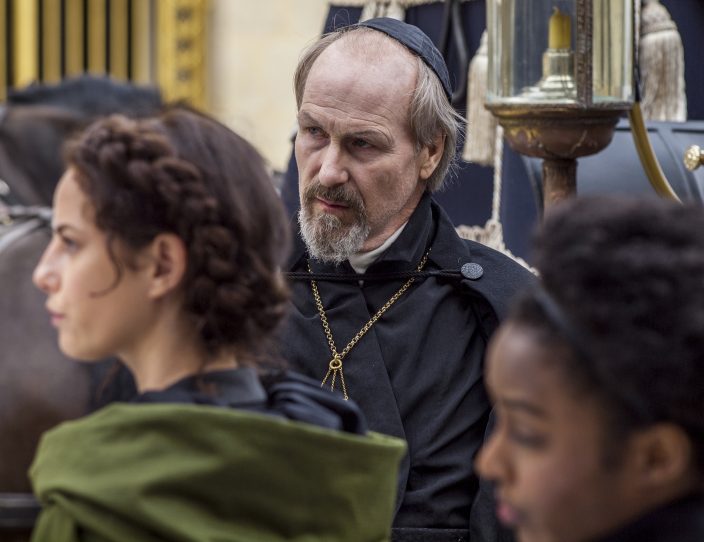 This image released by Gravitas shows William Hurt in a scene from "The King's Daughter." (Gravitas via AP)

Hurt can't escape without uttering one clunker — “God has graced you with wings. I only hope you know how to fly,” he says to the daughter — and he delivers it as best as it can be done. But this is a fish tale and it uses the wrong analogy. That's fitting for a massive misfire of a film.

“The King’s Daughter” is based on Vonda N. McIntyre’s 1997 novel “The Moon and the Sun,” but the film owes much to “Shape of Water” and “The Green Mile.” Why it ever was exhumed from its watery grave is a mystery. It will suck out your own life force.

“The King’s Daughter,” a Gravitas Ventures release that arrives in theaters Friday, is rated PG for “some violence, suggestive material and thematic elements.” Running time: 97 minutes. No stars out of four.