Make it 10 again — yes, straight defeats — for the Flyers.

Philadelphia has dropped 10 straight games for the second time this season, the first team to accomplish that ignominious feat in more than a decade, losing 2-1 to the Columbus Blue Jackets on Thursday night. 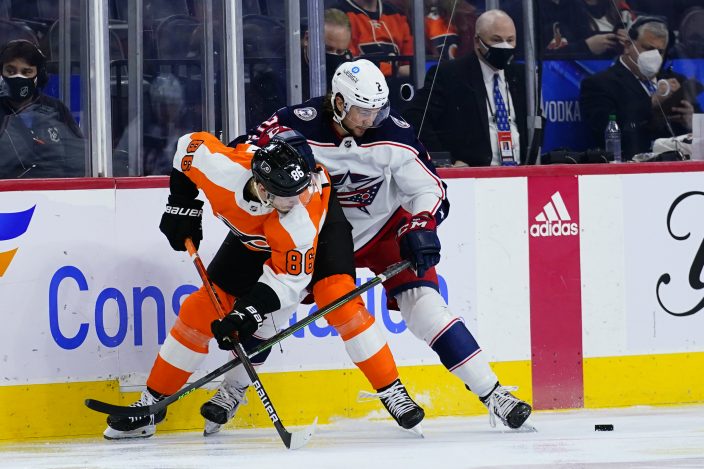 The Flyers also lost 10 straight games from Nov. 18 to Dec. 18; the first skid cost coach Alain Vigneault his job after the first eight games in the skid. Interim coach Mike Yeo lost the final two games and, of course, all 10 in this streak.

The only thing plummeting faster than the Flyers in the standings is in the interest in Philly. Once packed almost every game, there were empty rows, and plenty of sections, in front of a dreary, quiet crowd inside the Wells Fargo Center. 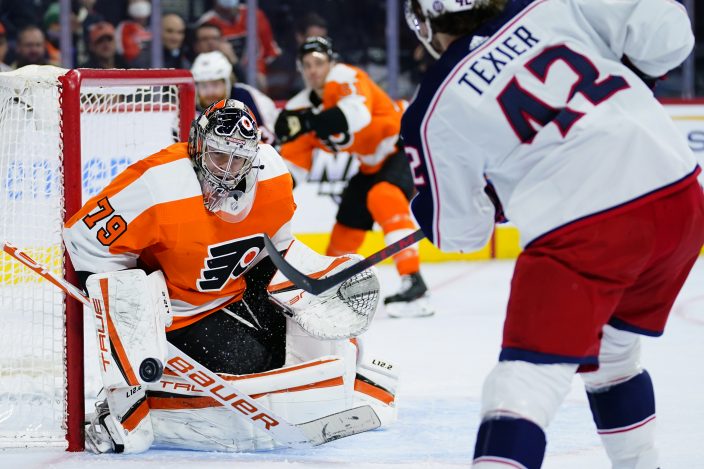 Columbus snapped a scoreless tie in the second period when Flyers defenseman Ivan Provorov’s clearing pass was poked away by Sean Kualy. Boone Jenner slid the puck between two defenders and hit Bjorkstrand for the backhander and his 12th goal of the season.

Laine fired one from the circle in the third and went top shelf — where inconsolable Flyers fans were reaching after this one — early in the third for his sixth goal. 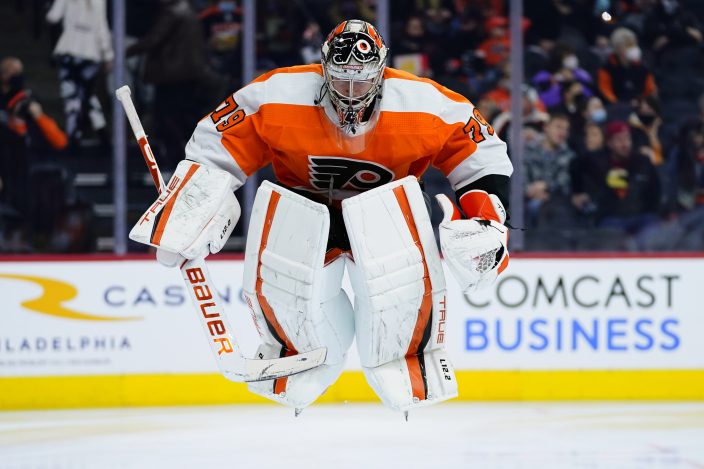 The Flyers seemed to catch a break — and a reversal of fortune — early in the second period when goalie Carter Hart lost his stick and was out of place just long enough to leave an empty net. Travis Sanheim cleared the puck to save one goal. The Blue Jackets stuck with it and quickly appeared to score their first goal. But the Flyers challenged the call and goalie interference by Columbus center Alexandre Texier wiped out the lead.

That was the last time there was a rise out of the crowd until the third when Gerry Mayhew scored his first of the season to make it 2-1 for the Flyers. 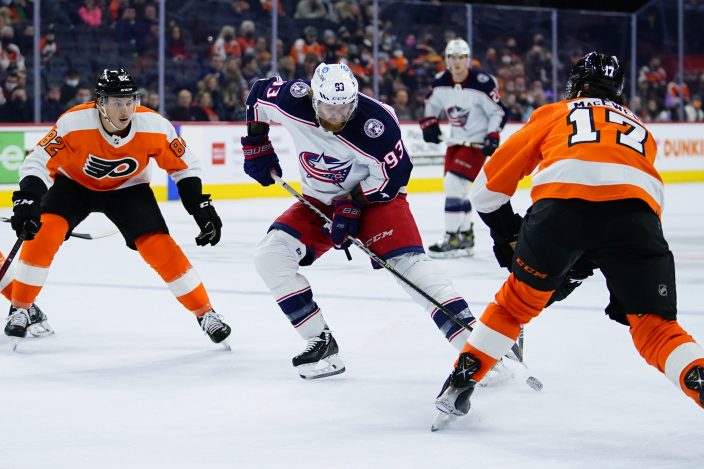 Blue Jackets forward Jake Voracek played his first game in Philadelphia since the Flyers traded him in the offseason. Flyers GM Chuck Fletcher gave Voracek a crystal for playing in 1,000 career games. Voracek played 727 games with the Flyers.

“I turned right into the Flyers locker room and went to say hi to the boys,” Voracek said before the game. “I think it’s the least I can do. And I didn’t get kicked out, so that was good.” 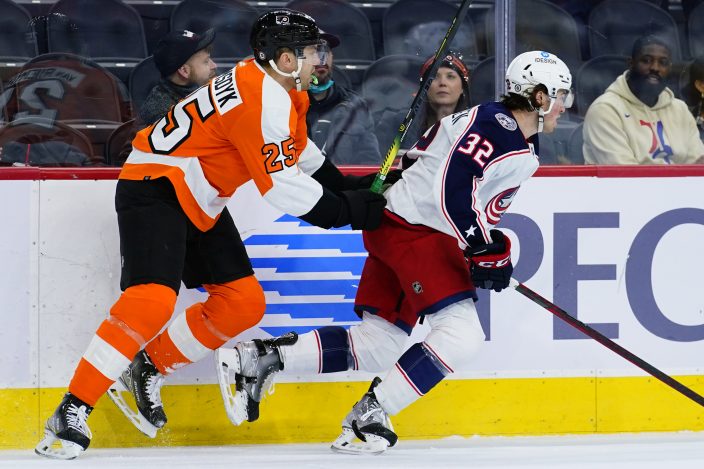 Gritty held a sign for his fellow shaggy redhead that said, “I miss grooming our beards together.”

Voracek was traded for Cam Atkinson, who leads the Flyers with 15 goals. 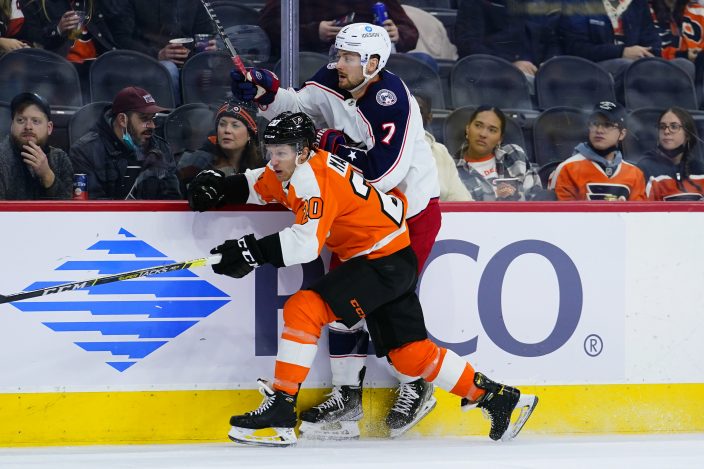 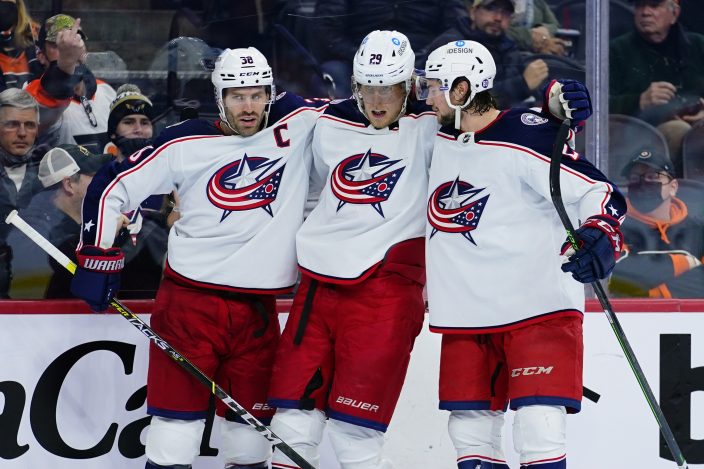