Brandon Ingram and Devonte’ Graham each had 15 points for New Orleans, with Jose Alvarado adding 13 and Herbert Jones scoring 11.

RJ Barrett and Mitchell Robinson each scored 17 for the Knicks, with Robinson adding 15 rebounds. 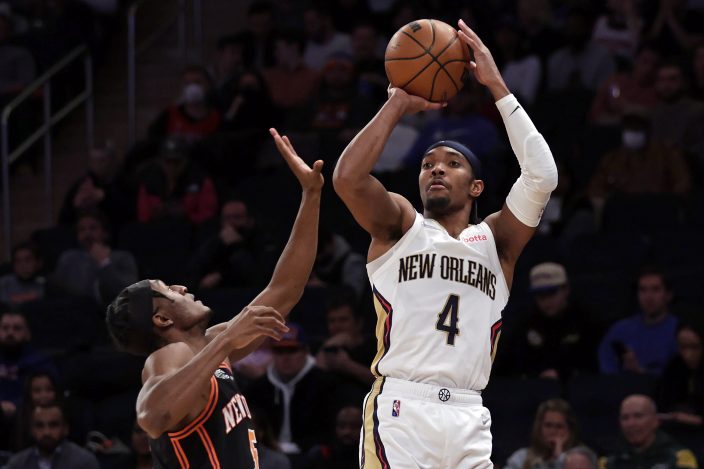 New Orleans only led 46-42 at halftime, but opened the second half on a 32-12 run, which culminated with Hart making three free throws with 3:52 left in the third quarter.

The Pelicans led 81-57 heading to the fourth and went ahead by a game-high 25 points on Graham’s step-back jumper with 10:37 remaining.

The Knicks' reserves made it look close. Quentin Grimes’ 3-pointer with 36 seconds left brought the Knicks within nine before Hart’s layup ended the scoring. 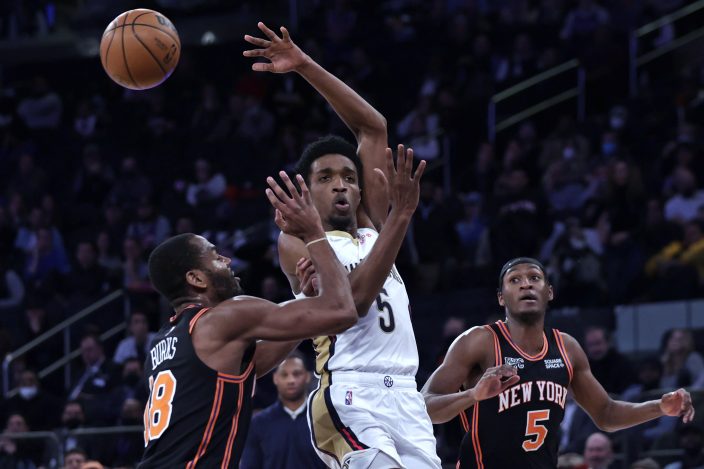 The Pelicans led 27-17 after the first quarter. Grimes’ 3-pointer opened the second quarter after the Knicks had gone 0 for 6 from long range in the first.

The Pelicans extended their lead to 33-20 on Alvarado’s bucket early in the second. However, Barrett’s 3-pointer with 2:13 left in the half capped a 17-4 stretch as New York pulled into a 37-all tie.

Jones’ dunk put the Pelicans back in the lead at the half.

It was the Knicks' third home loss in four days. 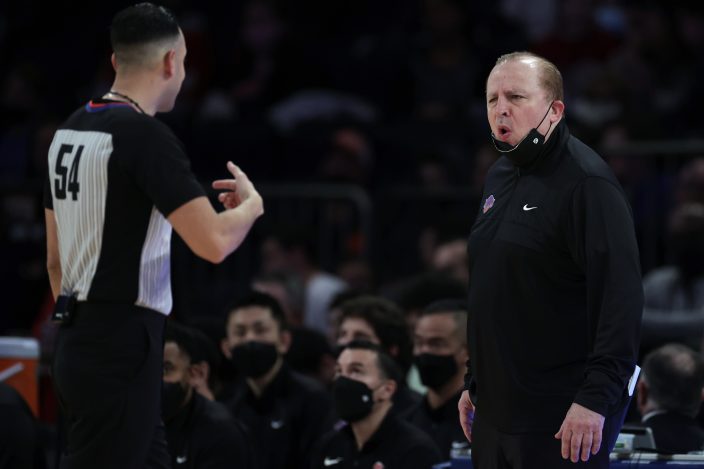 New York Knicks coach Tom Thibodeau argues a call with referee Ray Acosta (54) during the second half of the team's NBA basketball game against the New Orleans Pelicans on Thursday, Jan. 20, 2022, in New York. The Pelicans won 102-91. (AP PhotoAdam Hunger)

Pelicans: Ingram moved within one made field goal of Ryan Anderson for fifth place on the Pelicans' career list. Ingram now has 1,314, while Anderson made 1,315.

No player from either team has seen action in every game this season. Garrett Temple has played in 43 for the Pelicans, the highest total on the team, while Alec Burks’ 45 appearances lead the Knicks. Valanciunas and Graham have made a team-high 42 starts for New Orleans, while Julius Randle and Evan Fournier lead New York with 44.

DIDN’T GET ANY BETTER

When the Knicks beat the Pelicans 123-117 in their first meeting of the season on Oct. 30, it represented the high point of New York’s season thus far. The wire-to-wire victory boosted the Knicks’s record to 5-1 and a season-high .833 winning percentage. They lost their next two games and have gone 17-23 since.

FIT TO BE TIED

Entering Thursday’s game, the all-time series between the Knicks and Pelicans was deadlocked at 20-20, while the teams were knotted at 10-10 in both New York and New Orleans.