Before Victoria Azarenka had a chance to analyze both players she might meet next, a question was posed to her son about the two-time Australian Open champion’s third-round performance.

Five-year-old Leo, wearing his sunglasses in the news conference room and sitting on his mother’s knee, responded succinctly: “Awesome!” 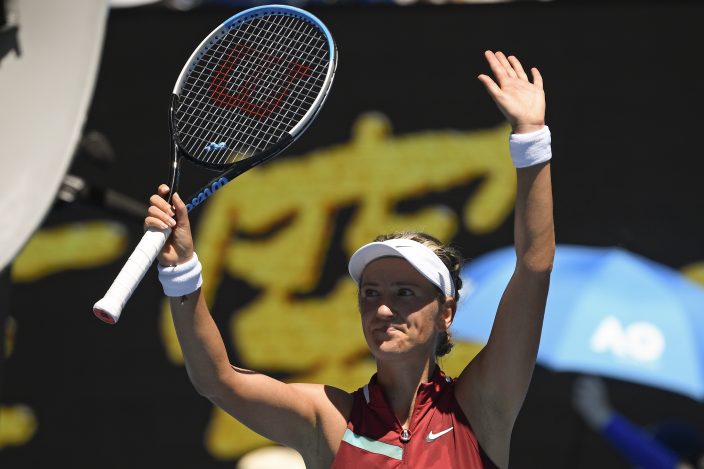 Victoria Azarenka of Belarus waves after defeating Elina Svitolina of Ukraine in their third round match at the Australian Open tennis championships in Melbourne, Australia, Friday, Jan. 21, 2022. (AP PhotoAndy Brownbill)

Azarenka’s own highlights from her 6-0, 6-2 win over 15th-seeded Elina Svitolina on Friday included the “amount of aggressivity I could bring point after point, applying a lot of pressure, the consistency. The break points I faced, I played really strong.”

"Yeah, taking control of my end of the court," she added. “I think that’s what I’m more happy about.”

She’ll next play French Open champion Barbora Krejcikova, who rallied from a set and a break down against No. 26-seeded Jelena Ostapenko to win 2-6, 6-4, 6-4 and advance to the fourth round in singles at Melbourne Park for the first time. 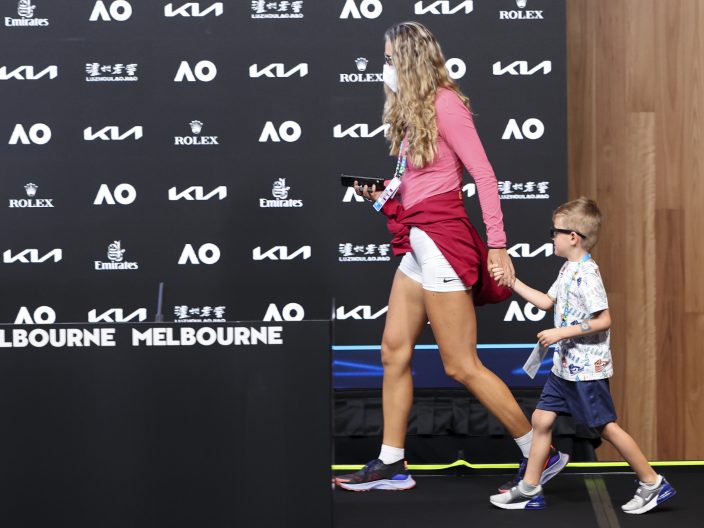 In this photo provided by Tennis Australia, Victoria Azarenka of Belarus walks with her son Leo to a press conference following her third round win over Elina Svitolina of Ukraine at the Australian Open tennis championship in Melbourne, Australia, Friday, Jan. 21, 2022. (David MariuzTennis Australia via AP)

The 24th-seeded Azarenka, who won the title at Melbourne Park in 2012 and 2013 and has been a U.S. Open finalist three times, is into the fourth round here for the first time since 2016 after extending her winning record to 5-0 against Svitolina.

She accumulated nearly twice as many winners, 17, as unforced errors, nine, and never faced a break point. Svitolina made mistake after mistake, 26 unforced errors in all. 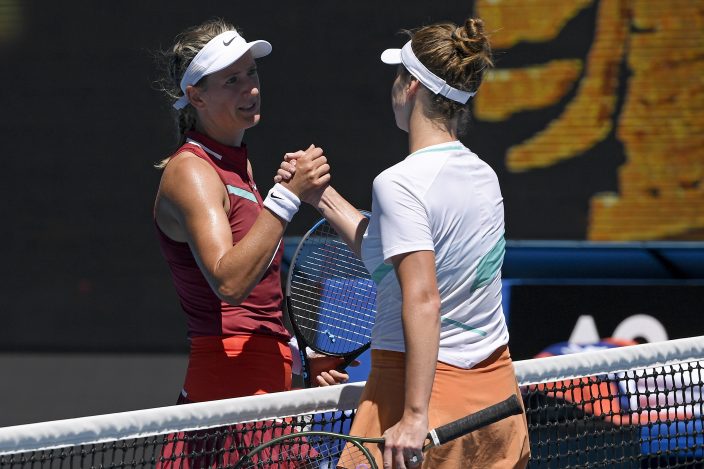 The 32-year-old former world No. 1 from Belarus is feeling comfortable right now, fulfilling the dual roles of player and mother in Melbourne.

Azarenka was asked if it was more demanding, distracting or relaxing to have her son with her on the tour.

“All of the above,” she said, laughing, as Krejcikova and Ostapenko were playing. “It’s definitely not a distraction, I will never say that. Being a parent is not easy. He’s full of personality — I don’t know where he gets it from!” 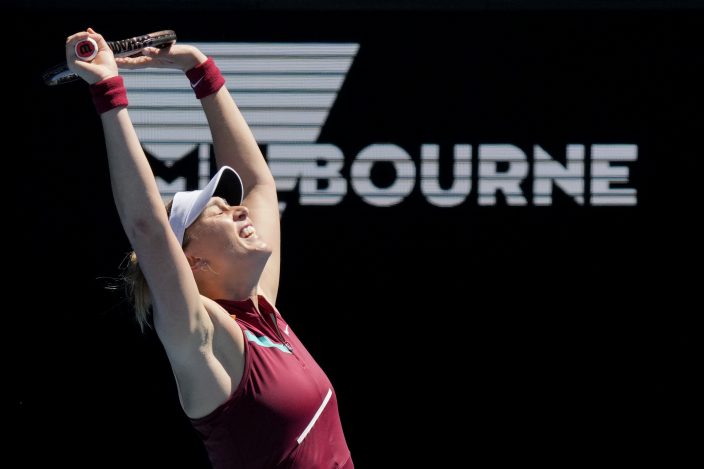 Paula Badosa of Spain celebrates after defeating Marta Kostyuk of Ukraine in their third round match at the Australian Open tennis championships in Melbourne, Australia, Friday, Jan. 21, 2022. (AP PhotoSimon Baker)

Leo flipped his tournament credential around on its lanyard as his mother responded to questions from within the room and online. He yawned at least once and blew air onto the microphone.

“I always feel privileged that I’m able to have him here,” Azarenka said. “These kind of moments are really priceless for me. To be able for me to share that with my son is pretty incredible.” 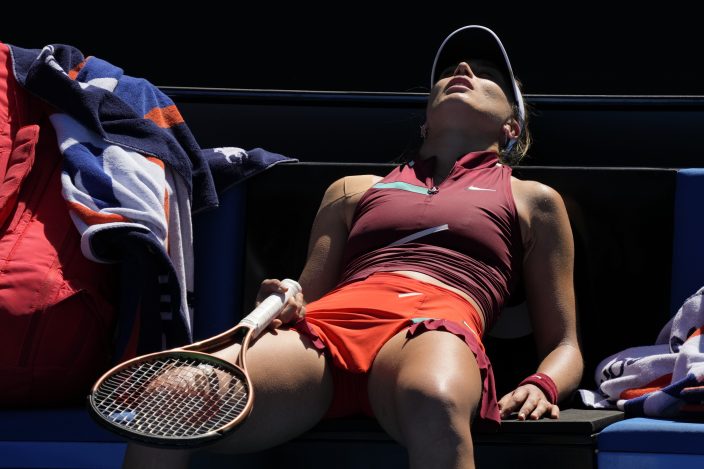 Paula Badosa of Spain reacts after defeating Marta Kostyuk of Ukraine in their third round match at the Australian Open tennis championships in Melbourne, Australia, Friday, Jan. 21, 2022. (AP PhotoSimon Baker)

The night session later Friday featured two much-anticipated matchups that could lead to an even bigger one.

The winners of those two matches will meet each other in a fourth-round contest that could have the feel of a Grand Slam final a week early if it’s Osaka vs. Barty.

Rafael Nadal was to continue his bid for a record 21st Grand Slam title with a third-round match against No. 28 Karen Khachanov.