Boxing legend Oscar De La Hoya wanted to make a documentary about his 1996 fight against Julio César Chávez. It was coming up on 25 years since the “Ultimate Glory” showdown and he figured the time was right to look back. So he asked Eva Longoria Bastón, his friend of 20 years, if she’d be interested in directing.

She remembered the night of the bout, of course. 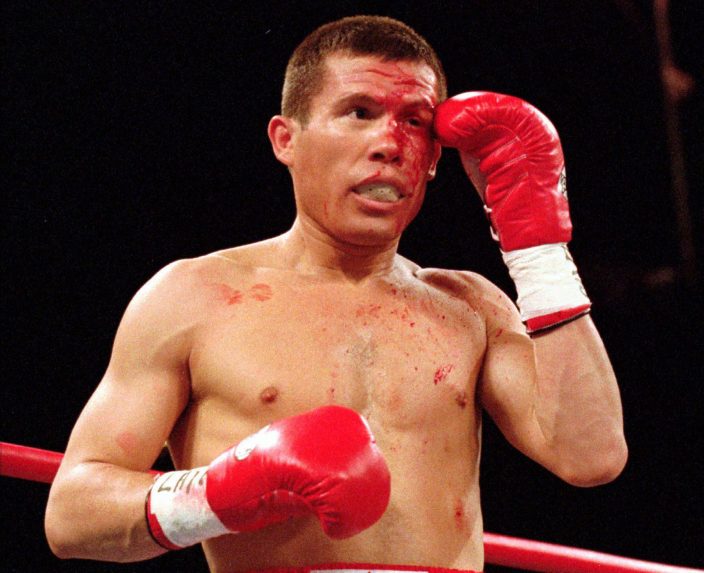 “You didn’t even have to be a boxing fan to know where you were the day that that fight happened,” Bastón said. “My entire neighborhood was like looking for stolen cable to watch it, or like one person’s TV to pay for the fight. You know, ‘Everybody come over and we all pitch in a dollar!’"

But then she started to think about that moment and how divisive it was to Mexican-Americans. Chávez was a Mexican national. De La Hoya was from East Los Angeles. And she realized that was the movie she wanted to make.

The end result is “La Guerra Civil,” a DAZN Originals production which premiered Thursday at the Sundance Film Festival. 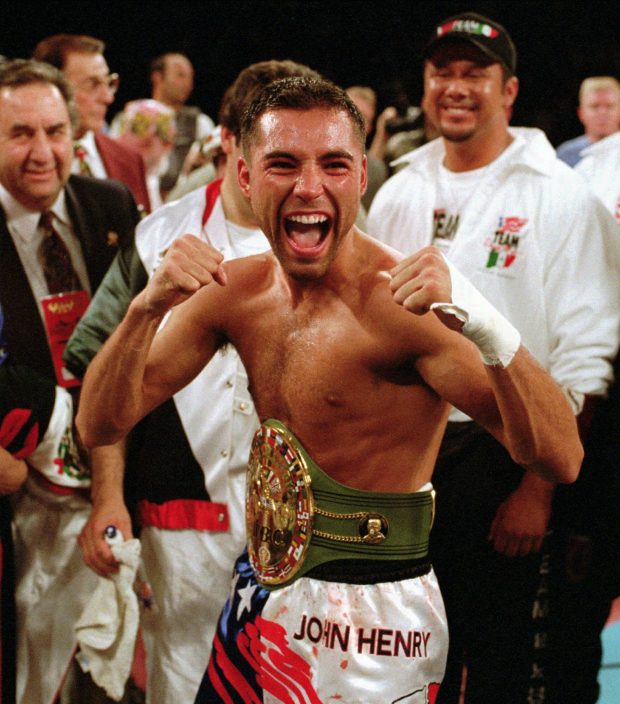 “I said, what’s interesting to me is to really go back and explore that divide because we are still encountering it today. You know, the question of ‘Am I Mexican enough?’ And the question of who can claim that they are quote-unquote Mexican and how you straddle the hyphen of being Mexican-American,” she said. “I live that experience. I straddle that hyphen every day of my life. And to do it on a public stage that big, that publicly? For Oscar, it was heartbreaking.”

It is, what she lovingly calls, “boxing adjacent,” including interviews with Chávez, De La Hoya and his Mexican trainer at the time, Jesus Rivero, but also with academics and onlookers who examine the cultural divide then and now.

And though many of the cards were in place for Bastón and her team to get the access and interviews they needed, she also shot the documentary during COVID-19, which led to more than a few headaches and obstacles.

De La Hoya, she knew, wasn’t going to be a problem.

“I knew most of the stories he was telling. And I think it helped the documentary to have that intimate connection," she said. “I think he had a comfort level with me that allowed him to explore the emotions raw. You could feel his pain and him remembering the pain of being booed by his own people. I think our friendship allowed that vulnerability to come through.”

But she hadn’t met Chávez yet and was a little nervous that she’d be able to establish a bond to get what she needed.

“You want an intimate conversation and it’s hard to do that when you have a plexiglass, a mask, a shield and you’re 8 feet away,” she said.

It turns out she needn’t have worried.

Rivera was one of the trickiest interviews to secure. He was 103 at the time and his family was not keen on letting a camera crew travel to Mexico to interview him at the height of COVID-19. They even assembled a cut without him, but held out hope and eventually got the interview.

Now she's hopeful that the film will reach a large audience — including those who may not think that a sports or boxing documentary is for them.

“We are still dealing with these similar issues, especially with immigration being such a hot topic and the economy being hit so hard by COVID and our community, the Mexican community, being disproportionately affected by COVID, I think all of it is still fertile ground for conversation,” she said. “Let’s find our commonalities more so than our differences because we have a lot bigger issues to face and need to face them together.”