So Pro Picks was correct on one count in the Patriots-Bills wild-card game. One of those teams was a bogus playoff contender.

We just had the wrong team. For an Upset Special, no less.

The beating Buffalo put on New England came the night before Tom Brady and the Buccaneers crushed Philadelphia. Both results only bolstered the narrative that the Patriots' dynasty was built on the quarterback's unsurpassed talents. 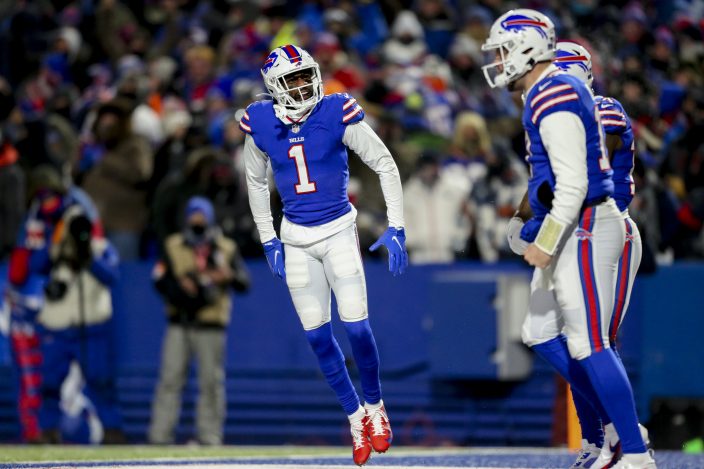 Brady gets to extend his legacy on Sunday when his defending Super Bowl champion Bucs host the Rams. Buffalo visits Kansas City in the other high-profile matchup that day.

On Saturday, the top seed in each conference comes off its bye, with Tennessee home for Cincinnati, and San Francisco at Green Bay.

And despite our success with upset specials this season, we'll pass on one for the divisional round. Read on to see why.

There’s some great history between these teams, and the 49ers won’t be fearful of playing at Lambeau Field, particularly after being the only road team to win in the wild-card round. But this is a step — make that a frigid, slippery step — too far right now for the Niners.

Obviously, San Francisco must get pressure on Aaron Rodgers, who last threw an interception in, uh, who remembers when? We expect the Packers to get lots of pressure on Jimmy Garoppolo, who is battling some injuries. And he last threw a pick, well, last week at Dallas.

Cincinnati (plus 3 1/2) at Tennessee, Saturday

The fact that Derrick Henry could be active for the AFC South champs adds some attractiveness to a Titans pick. Even without Henry, Tennessee's running game has been solid, and the 2020 Offensive Player of the Year figures to be a part-time player Saturday.

“I would think anybody who hasn’t played in two months feels pretty good about their body,” Henry said.

Pro Picks feels pretty good about the Titans for a variety of reasons that includes their getting healthier. Cincinnati is banged up, especially on the defensive line, and it is a newbie for this round of the playoffs. Some folks are forgetting that the Titans reached the conference title game two years ago and won their division in 2020.

That LA defensive front can be fearsome, as befits the Rams' history. It will need to be dominant at Tampa, making Brady uncomfortable and forcing him to throw before he wants to. That will be especially true if the Bucs can't run the ball, and their backfield situation is dicey.

Tampa certainly can stop the run, which could be another key here because of the way the Rams controlled the ground game against Arizona.

But there is one mismatch that might prove decisive: Tampa tight ends Rob Gronkowski and Cameron Brate against LA's main weakness, its safeties.

There's always a chance with a defeat this will be Brady's final NFL game. Then again, he's only 44.

The football world seems to be in love with the Bills, and why not? With the exception of the New England area, was anyone rooting for the Patriots last Saturday night?

To fully validate that victory — and probably stamp themselves as a Super Bowl favorite — the Bills need to get past a Chiefs team that's vastly improved since a home loss on Oct. 10 to the Bills. Buffalo must continue its balanced offense, regularly looking to running back Devin Singletary. Josh Allen will be creative as both a runner and passer, but he also can be damaging with some of his decisions.

So can Patrick Mahomes, of course. He also has just as many playmakers as Allen, which likely leads to a shootout. We'll go with the reigning sheriff in this matchup.