Defender Victor Lindelof will miss Manchester United's Premier League game against West Ham on Saturday in order to support his family following a break-in at their house.

Lindelof’s house in the northwest of England was targeted while the Sweden defender was playing in the 3-1 win over Brentford in London on Wednesday.

His wife and children were in the house when the burglary took place. 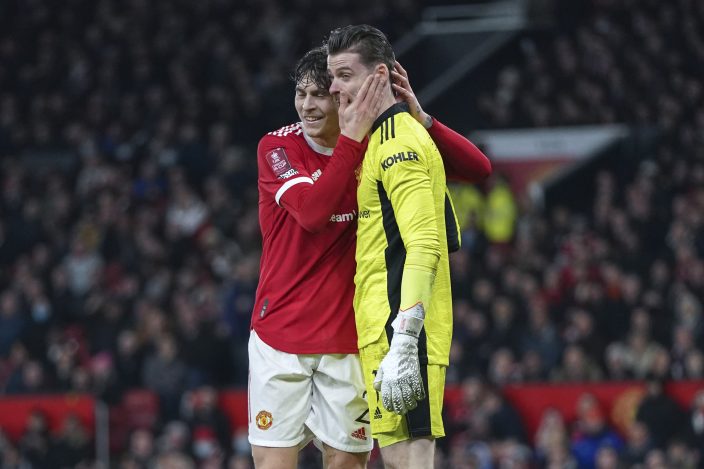 “I was home alone with both kids but we managed to hide and lock ourselves in a room before they entered our house," Maja Nilsson Lindelof, the defender's wife, wrote in an Instagram story.

“We are OK under the circumstances but it was obviously a very traumatic and scary moment for both me and my little kids. We are now in Sweden and are spending some time off with our families.”

“I spoke with him at length on our flight back home from London and also this morning we spoke for about 20 minutes, 25 minutes,” Rangnick said. “He told me what had actually happened and that this was really a traumatic event, especially for his wife and even the 3-year-old son.

“He said to me that he right now needs to stay at home. He doesn’t want to leave his wife and his family on their own, which I can fully understand being a father of two children myself. We agreed that he will not be training today and also not be on duty tomorrow for the game.”