Stefon Diggs walked off the field inside Arrowhead Stadium back in October with two very distinct feelings: elation that his Bills had avenged an AFC title game loss to the Chiefs and the conviction that they would meet again.

Get ready for the latest throw-down between two of the league's best teams Sunday night.

Fresh off a near-perfect 47-17 blowout of New England last weekend, Diggs and the Bills are headed back to Kansas City for the divisional round of the playoffs. And awaiting them are Patrick Mahomes and the high-flying Chiefs, who turned around their season after a lackluster start and then throttled Pittsburgh 42-21 in their wild-card matchup. 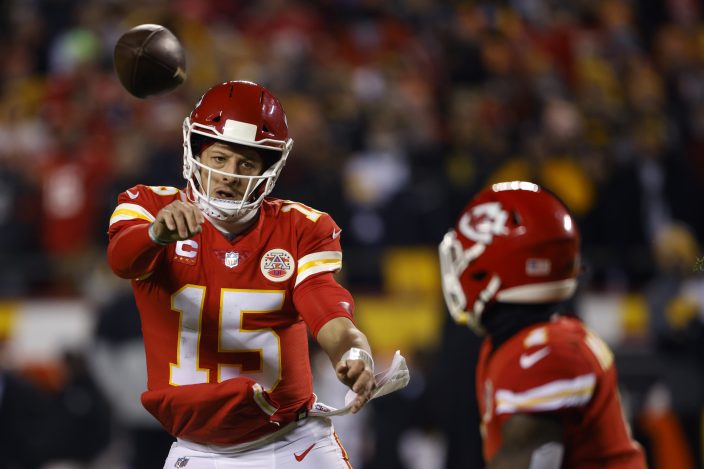 “They've got all the talent in the world," Diggs said. "They've been playing at a high level. They've been to the Super Bowl twice. They have a hell of a quarterback, hell of receivers, good defense — they're a great team.”

Turns out he wasn't the only one that anticipated another showdown, either.

“We'll probably play them a lot of times. It'll be great competition,” Mahomes said, “and it's definitely going to be a great challenge for us as a team to compete with them.” 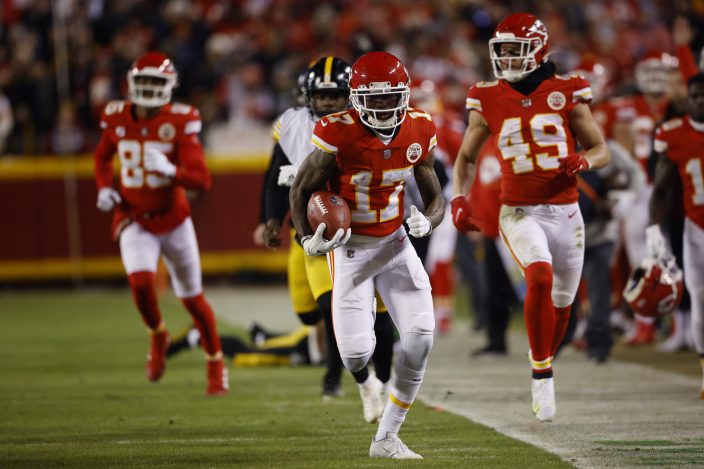 Indeed, it's difficult to find a game with more star power than this one.

Josh Allen threw five TD passes against the Patriots to set a Bills playoff record, while Diggs and resurgent running back Devin Singletary give him plenty of playmakers. On the other side, the Buffalo defense featuring All-Pro safety Jordan Poyer and running mate Micah Hyde led the league in just about every meaningful statistical category.

Buffalo, which has lost eight consecutive playoff games away from home, scored on each of its first seven drives against the Patriots and became the first NFL team to finish a playoff game with no punts, field goals or turnovers. 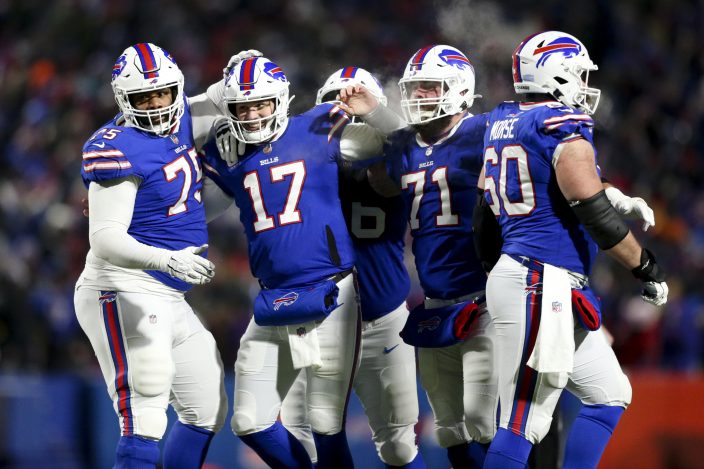 “It's tough to have a perfect game," Chiefs coach Andy Reid said, “and they did a nice job with it last week.”

As for the Chiefs? Well, they've merely won their past five playoff games at Arrowhead Stadium.

Mahomes became the first player to throw for at least 400 yards and five touchdowns with fewer than 10 incompletions in the postseason in last week's romp past Pittsburgh. His familiar targets, Travis Kelce and Tyreek Hill, did most of the work while the suddenly stout Kansas City defense held the Steelers to 44 yards in the first half. Throw in the fact that both teams are intimately familiar with each other — Bills coach Sean McDermott even spent most of his formative years working for Reid in Philadelphia — and the stage is set for a riveting matchup.

“We don’t want to have that feeling that we had there last year. We know our season ended there last year,” Allen said, “and now we have to do everything in our power to put our foot forward and make sure that it doesn’t end there this year.” 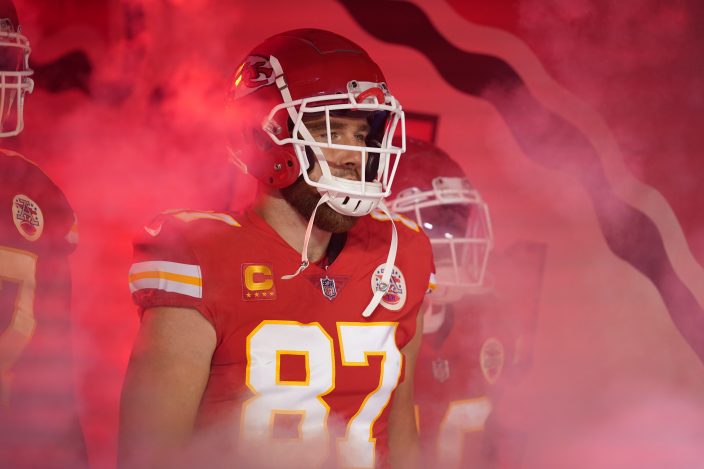 The Bills were 4-1 and riding high after their 38-20 win at Kansas City, when Dawson Knox’s 117 yards receiving tied the third-best output by a tight end in team history. Then they lost five of their next eight games, a slide that began when Knox broke his right hand during a 34-31 loss at Tennessee.

Buffalo rebounded by closing with four straight wins to clinch its second consecutive AFC East title. That run has coincided with Singletary giving Buffalo a more balanced attack with 456 yards rushing over his past six games. Buffalo is without top cornerback Tre’Davious White for the postseason after he had a season-ending knee injury in a 31-6 win at New Orleans on Thanksgiving night. Levi Wallace took over his job against the opponent’s top threat while second-year cornerback Dane Jackson moved into the other starting job.

Poyer said he received a text from White on Tuesday night, which read: “Hey, we got to go crazy. Best in the world.” 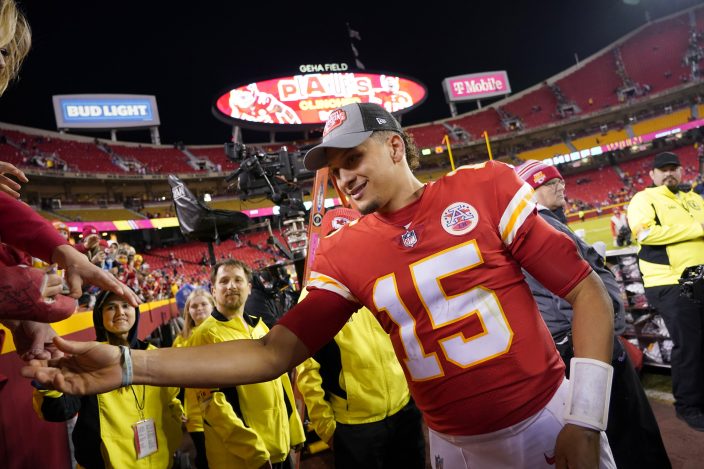 Buffalo coordinators Leslie Frazier (defense) and Brian Daboll (offense) are both attracting attention to fill head coaching vacancies. Daboll met with the Bears on Sunday and both assistants met with the Vikings.

The Bills only listed defensive end Mario Addison as limited in practice by a shoulder injury, while the Chiefs had backup running back Darrel Williams (toe) and cornerback Rashad Fenton (back) missing practice. Otherwise, both teams should be healthy when they take the field Sunday night. That includes Chiefs running back Clyde Edwards-Helaire, who is expected to play for the first time since hurting his shoulder Dec. 26 against Pittsburgh.

“The neat part about this game coming up here is that both teams are relatively healthy and at this time of year, that's a great thing,” Reid said. “It should lead to a heck of a game.” 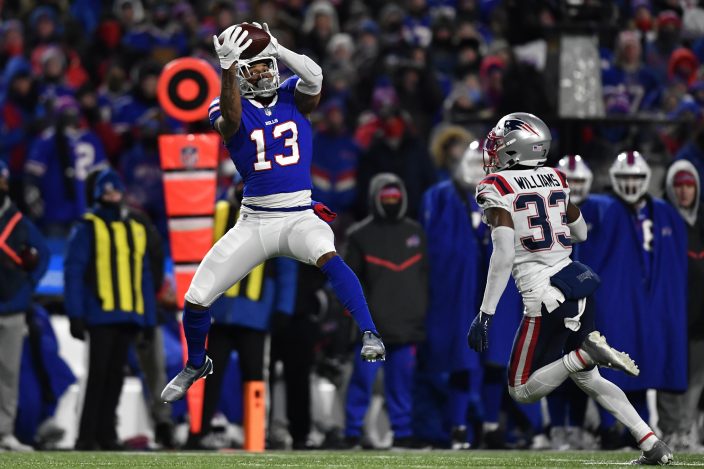 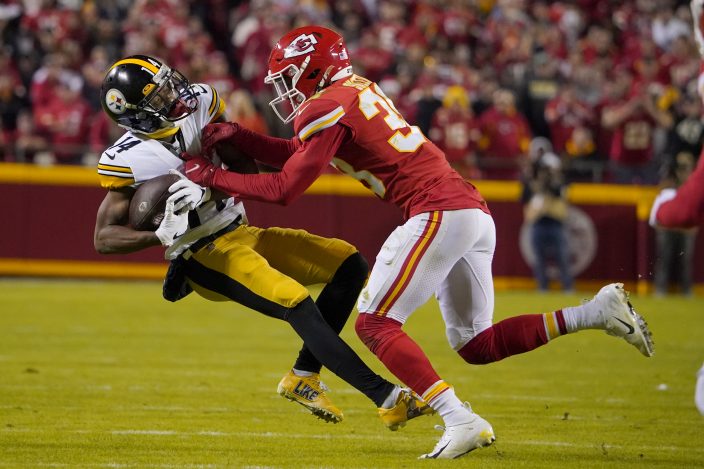 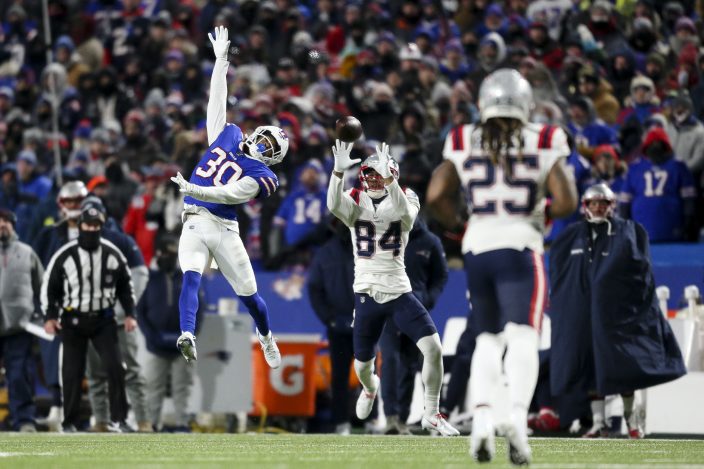