The gunman who held four people captive at a Texas synagogue in a 10-hour standoff that ended with the hostages escaping and an FBI tactical team rushing in was killed by multiple gunshot wounds, according to a medical examiner, who ruled the death a homicide.

The Tarrant County Medical Examiner's released initial information from the autopsy of Malik Faisal Akram on Friday, six days after the 44-year-old British citizen took hostages during morning services at Congregation Beth Israel in the Dallas-area suburb of Colleyville.

In Texas, a death being ruled a homicide indicates that one person was killed by another but does not necessarily mean the killing was a crime. Federal officials have so far declined to say who shot Akram, citing an ongoing investigation. 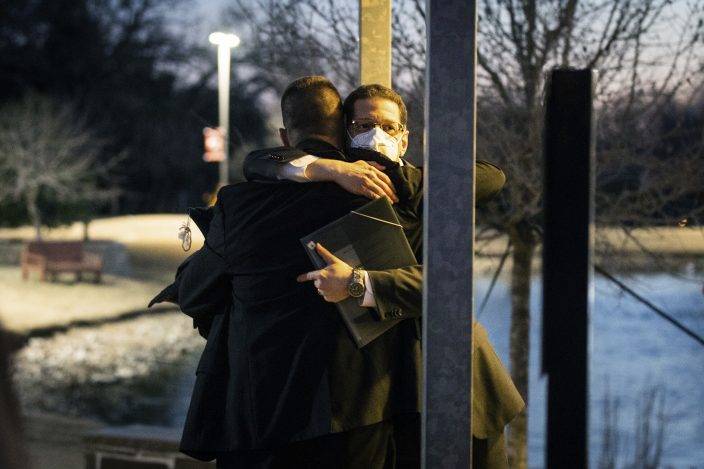 After taking hostages, Akram could be heard on a Facebook livestream demanding the release of Aafia Siddiqui, a Pakistani neuroscientist who is suspected of having ties to al-Qaida and was convicted of trying to kill U.S. troops in Afghanistan. The prison where Siddiqui is serving her sentence is in nearby Fort Worth.

The standoff ended around 9 p.m. after Rabbi Charlie Cytron-Walker said he threw a chair at Akram and he and the two other remaining hostages made a run for it.

Video of the standoff’s end from Dallas TV station WFAA showed people running out a door of the synagogue, and then a man holding a gun opening the same door just seconds later before he turned around and closed it. Moments later, several shots and then an explosion could be heard. 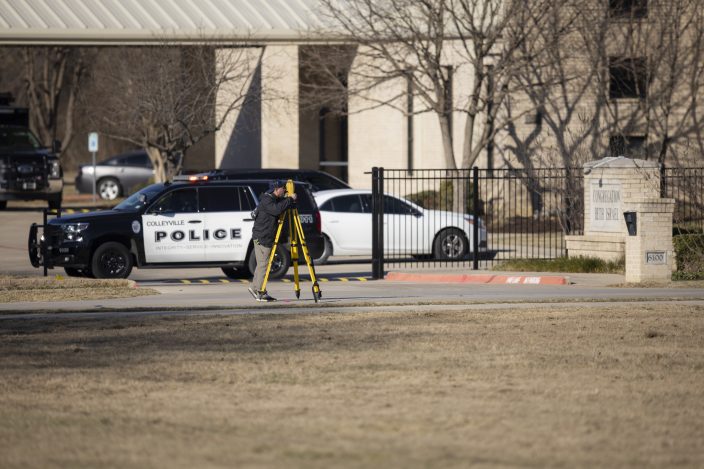 Law enforcement process the scene in front of the Congregation Beth Israel synagogue, Sunday, Jan. 16, 2022, in Colleyville, Texas. A man held hostages for more than 10 hours Saturday inside the temple. The hostages were able to escape and the hostage taker was killed. FBI Special Agent in Charge Matt DeSarno said a team would investigate "the shooting incident." (AP PhotoBrandon Wade)