Manchester City heads to Southampton seeking a 13th straight win to move 14 points clear in the Premier League. Liverpool and Chelsea — the teams in second and third place, respectively — do not play until Sunday so City can strengthen its status as the big favorite for a sixth title in 11 seasons. Southampton has posed problems for City in recent years, though, and has drawn at Etihad Stadium already this season. Manchester United could move into fourth place, if only for a day, by winning at home to West Ham, which currently occupies that position. Duncan Ferguson takes charge of the first game of his second spell as Everton's caretaker manager in a home match against Aston Villa, while Newcastle travels to Leeds and Brentford hosts Wolverhampton. 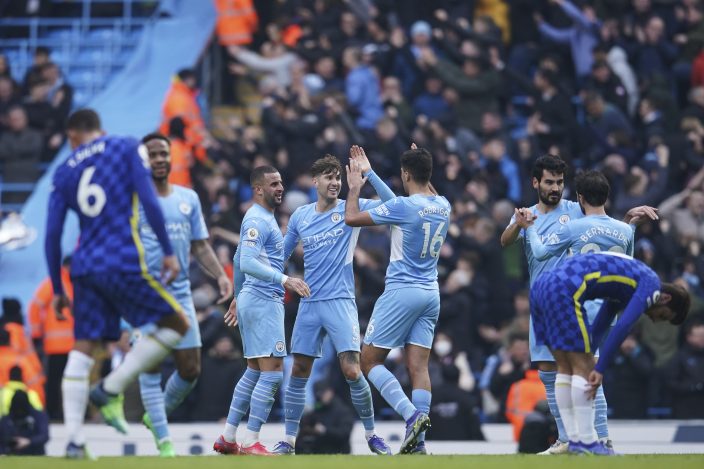 Sevilla can move closer to Spanish league leader Real Madrid with a win at home against Celta Vigo. Sevilla is four points behind Madrid, which hosts Elche on Sunday. Sevilla is unbeaten in seven consecutive league games, with five wins and two draws that came against Barcelona and Valencia. Celta has won three of its last four league games. Defending champion Atlético Madrid hopes to end its poor run when it hosts Valencia. Diego Simeone's team is coming off eliminations to Athletic Bilbao in the Spanish Super Cup semifinals and to Real Sociedad in the round of 16 of the Copa del Rey. Atlético has lost four of its last six league matches and is 16 points behind Madrid with a game in hand. Also Saturday, last-place Levante hosts Cádiz and Mallorca visits Villarreal. 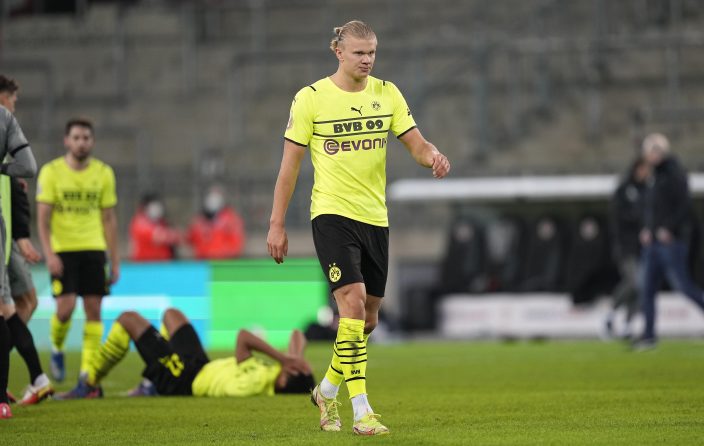 Serie A leader Inter Milan’s match against Venezia could be postponed due to a coronavirus outbreak on Venezia. The promoted squad has eight players positive with COVID-19. Inter could use the rest after needing extra time to beat Empoli in the Italian Cup on Wednesday. Also, Lazio hosts Atalanta and Udinese visits Genoa, which has new coach Alexander Blessin making his debut after Andriy Shevchenko was fired.

Borussia Dortmund visits Hoffenheim in the Bundesliga seeking a win to reduce the six-point gap to leader Bayern Munich. Dortmund coach Marco Rose has challenged his team to be more consistent after crashing out of the German Cup to second-division St. Pauli on Tuesday. Hoffenheim is fourth and chasing a Champions League spot. Third-place Bayer Leverkusen ended a four-game winless run in the league by beating Borussia Mönchengladbach last week and now hosts struggling Augsburg. Gladbach coach Adi Hütter is under pressure with his team in 12th ahead of a visit from Union Berlin. Freiburg hosts Stuttgart, last-place Greuther Fürth plays Mainz and Bochum takes on Cologne.

Third-place Marseille travels up north to take on Lens with new striker Cedric Bakambu available to try and fix the team's attacking shortcomings. Bakambu scored 48 goals in 71 appearances for Chinese Super League club Beijing Guoan before joining the nine-time French champions. With Arkadiusz Milik struggling for form, Marseille has been lacking firepower, managing just 28 goals in 20 matches so far. Lens is looking to secure a third consecutive league win in 2022. Lens coach Franck Haise will be without the injured Deiver Machado, with Massadio Haïdara and Ignatius Ganago also missing the contest because of their commitments at the Africa Cup of Nations. Marseille could move past second-place Nice with a win. Brest takes on defending champion Lille in Saturday's other match.