The 14th-seeded Halep advanced with a 6-2, 6-1 victory Saturday over Danka Kovinic, a player who is ranked 98th and eliminated U.S. Open champion Emma Raducanu in the previous round.

This was Kovinic’s first appearance in the third round of a major. 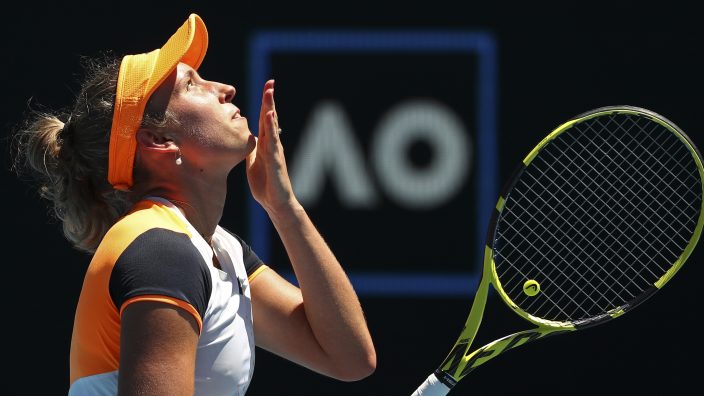 Elise Mertens of Belgium celebrates after defeating Zhang Shuai of China in their third round match at the Australian Open tennis championships in Melbourne, Australia, Saturday, Jan. 22, 2022. (AP PhotoTertius Pickard)

Halep, by contrast, can count on plenty of experience in the latter stages of the sport’s biggest events. She won the French Open in 2018 and Wimbledon in 2019 and made it to the final of the 2018 Australian Open before losing to Caroline Wozniacki.

“I feel good, I feel more confident now because last year was a tough year,” Halep said. "So 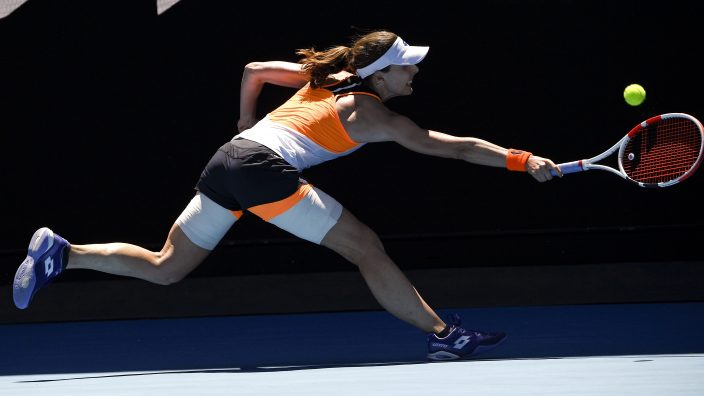 Alize Cornet of France plays a backhand return to Tamara Zidansek of Slovenia during their third round match at the Australian Open tennis championships in Melbourne, Australia, Saturday, Jan. 22, 2022. (AP PhotoAndy Brownbill)

None of the other players remaining the women’s draw has won as many tour-level titles as Halep’s 23.

Cornet followed up her upset of No. 3 Garbiñe Muguruza by reaching the fourth round at the Australian Open for the first time since 2009.

In another third-round match ending Saturday afternoon, 27th-seeded Danielle Collins of the U.S. rallied from a set and a break down to beat 19-year-old Clara Tauson 4-6, 6-4, 7-5.

Later on Day 6, U.S. Open champion Daniil Medvedev will be aiming to progress in his bid to become the first man in the Open era to win his second Grand Slam title at the major tournament that immediately follows his first such triumph.

Medvedev was the runner-up at Melbourne Park in 2021 and is seeded No. 2 this time.

He might as well as have a No. 1 next to his name, because top-ranked Novak Djokovic never played a point this year after failing in his attempt to get into the tournament despite not being vaccinated against COVID-19.