Morant scored on floaters, runners, fadeaways, 3-pointers, an emphatic alley-oop and driving layups while slicing through a variety of Nuggets defenders. He set a career-high with 23 points in the first half and finished 15 of 26 from the field.

Morant was six points shy of his career high and also had six rebounds and six assists. Jaren Jackson Jr. added 20 points, including a 3-pointer on a feed from Morant with 41 seconds left after the Nuggets got within 115-111. 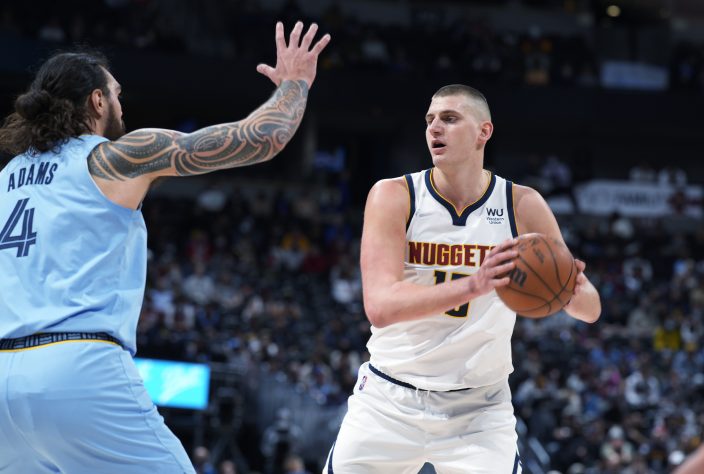 De'Anthony Melton had 21 points and nine rebounds off the bench as the Grizzlies won for the second time in four games since snapping their 11-game winning streak.

Two days after his 49-point triple-double in an overtime victory over the Los Angeles Clippers, Jokic had 26 points, 11 rebounds and 12 assists. It was his NBA-best 11th triple-double of the season and 68th of his career.

Will Barton had 27 points and eight assists, but the Nuggets' bench let them down as the Grizzlies took control early in the fourth quarter. 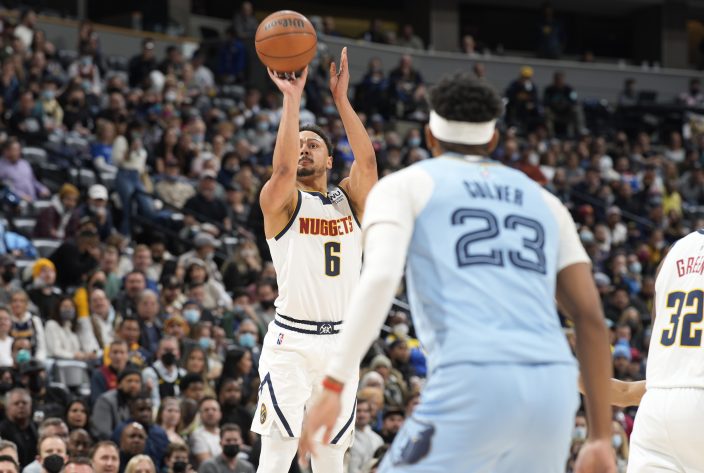 Bryn Forbes, acquired by Denver from San Antonio in a three-team trade Wednesday, was the first player off the bench. He immediately hit a 20-footer but hit just 4 of 13 shots and scored nine points.

Forbes and the second unit were on the floor as the Grizzlies scored the first six points of the fourth quarter to go ahead 104-92. When Morant checked back in with 7:18 left, the Grizzlies led 108-96.

About the only thing Morant did wrong was run the length of the floor, grab and hang onto the backboard, and pick up a technical foul after he was called for a foul on Jokic in the third quarter. 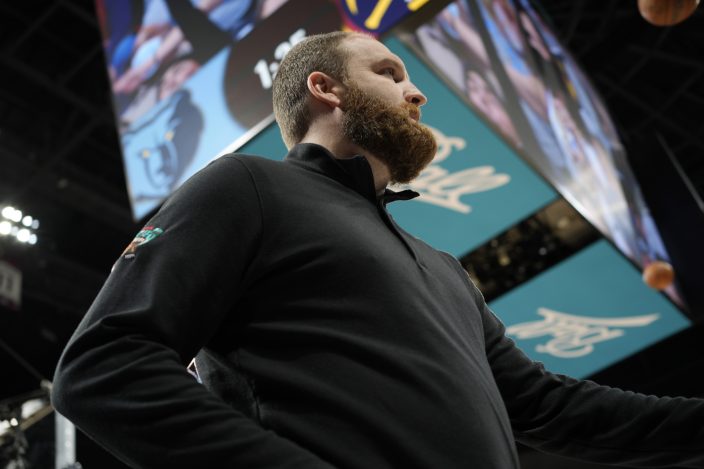 Memphis Grizzlies coach Taylor Jenkins watches during the first half of the team's NBA basketball game against the Denver Nuggets on Friday, Jan. 21, 2022, in Denver. (AP PhotoDavid Zalubowski)

The Grizzlies were 9 of 40 from 3-point range in Wednesday's loss at Milwaukee. They hit their first five from long range Friday and were 10 of 16 in the first half in building a 13-point lead.

The Nuggets also added veteran center DeMarcus Cousins on Friday to a 10-day contract, but he didn't play after coach Michael Malone said he was “dealing with a slight, I wouldn’t say injury, but just something where we’ll kind of see how he feels pregame.”

Denver Nuggets guard Bryn Forbes drives during the first half of the team's NBA basketball game against the Memphis Grizzlies on Friday, Jan. 21, 2022, in Denver. (AP PhotoDavid Zalubowski)

Grizzlies: F Dillon Brooks (left ankle sprain) is still expected to miss about a month after being injured Jan. 8. “The swelling is going down and his mobility is starting to go up a little bit," coach Taylor Jenkins said. “He hasn’t jumped on the court yet, so the timeline really hasn’t changed." ... F Killian Tillie exited COVID-19 protocols but didn't play. ... Desmond Bane, Kyle Anderson and Tyus Jones (COVID-19 protocols) remained out.

Grizzles: Visit Dallas on Sunday night in the third stop of a four-game trip.