Derek Grant scored two goals, John Gibson made 32 saves and the Anaheim Ducks emphatically snapped a four-game losing streak with a 5-1 victory over the Tampa Bay Lightning on Friday night.

Kevin Shattenkirk and Vinni Lettieri had a goal and an assist apiece, and Nicolas Deslauriers added a short-handed, empty-netter for the Ducks with 7:37 to play. Anaheim reclaimed sole possession of second place in the Pacific Division by routing the overall NHL co-leaders for only its third win in 12 games.

Ross Colton scored and Andrei Vasilevskiy stopped 30 shots for the Lightning, whose four-game winning streak ended in the teams’ first meeting since Jan. 31, 2020. 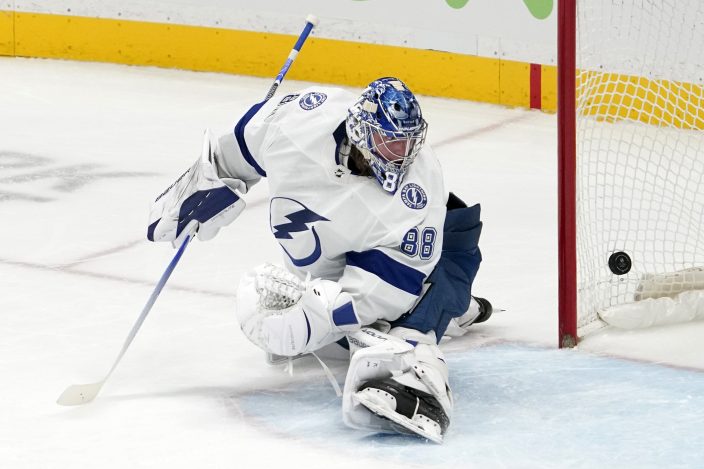 Tampa Bay had won six of seven to pull even with Florida atop the Atlantic Division, but fell behind 4-0 early in the third period at Honda Center. The Lightning went 0 for 7 in their worst power play performance of the season, and Deslauriers scored while Vasilevskiy was on the bench to create a 6-on-4 advantage.

Tampa Bay's Corey Perry got several standing ovations in his first game in Anaheim since the Ducks bought out his contract in 2019. The 2011 NHL MVP spent his first 14 seasons in Orange County, scoring 372 goals and winning the Stanley Cup in 2007 while becoming a franchise cornerstone alongside longtime linemate Ryan Getzlaf.

The Lightning had a full complement of six defensemen after playing with just four blueliners in Los Angeles on Tuesday due to injuries and salary cap constraints. 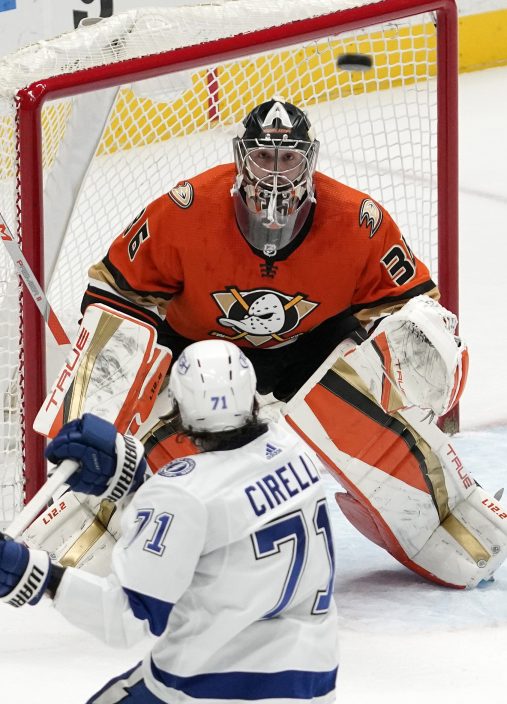 Forward Ondrej Palat missed his fourth straight game with a lower-body injury, which meant Perry could play on the top line in his first game at Honda Center since the Ducks bought out the last two years of his contract in the summer of 2019.

Now-departed Ducks general manager Bob Murray paid the biggest buyout in franchise history to cut ties with Perry after he was slow to return to form following major knee surgery. Since the controversial move, the Ducks have been the second lowest-scoring team in the NHL, while Perry has been a steady contributor in Dallas, Montreal and Tampa Bay. 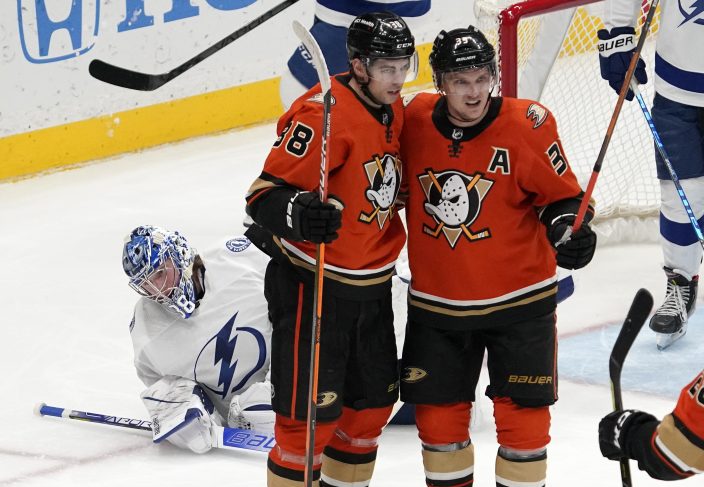 Grant produced his first multi-goal game since December 2019 in the Ducks’ final home game before Feb. 11. 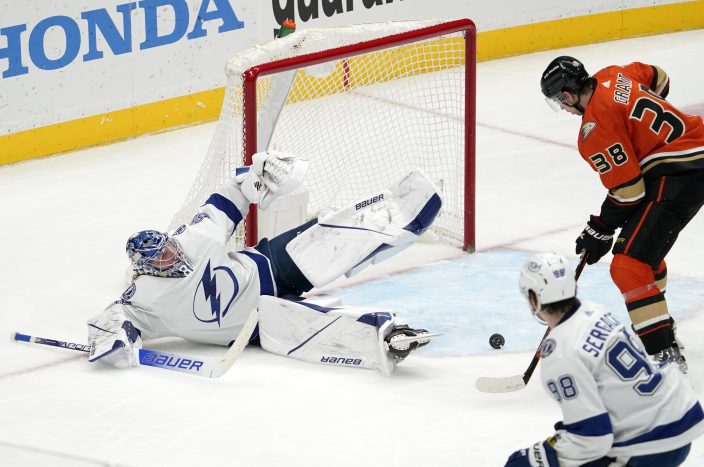 Lightning: At San Jose on Saturday.

Ducks: At Boston on Monday to open a five-game East Coast road trip.